Is it a good idea for dentists to be prescribing addictive opioid pain relievers in such great numbers? And for longer than the recommended duration for such drugs, and in higher daily dosages too? In fact, should dentists be prescribing painkillers at all? Or should they be encouraging patients to explore other, safer pain relief methods?

Dental prescribing of opiates has been ongoing in the U.S. for many decades. But from 1996 to 2015, prescribing trends increased significantly, just as such trends were increasing among medical doctors and pain specialists. In this period, not only did the number of prescriptions written by dentists each year increase, but the duration of dosages and the daily dosage amount also went up. However, if the severity of pain reported by patients did not increase, why did dental prescribing, prescription duration, and daily dosage continue to rise?

For much of this time period, patients between the ages of 18 and 34 were the ones who experienced the most significant spike in prescribing. According to the Centers for Disease Control and Prevention, an opioid pain reliever prescription from a dentist is often a young person’s first exposure to opioid drugs. Nearly 60% of adolescents and young adults who visit an ER for dental complications are put on opiates, even though ER-administered opiates for dental pain have been associated with an increased likelihood of high-risk opioid use. The CDC also reported that, for young people ages 13 to 17, dentists are the largest source of opioid prescriptions for this age group.

A Serious Risk to Older Patients

There is always a degree of risk when a dentist prescribes an opiate to a patient, and as dental prescribing has increased, this risk has become more apparent. But just as there is an exceptionally high risk in giving a younger patient a prescription for opiates, there is also an exceptionally significant risk in dentists prescribing opiates for older adults.

According to Jessina McGregor, an epidemiologist and associate professor in the OSU College of Pharmacy in Corvallis:

“There is this unfortunate opportunity for dentists to prescribe opioids for any acute or chronic pain that the elderly adult is having, and it may actually pose dangerous interactions for those other medications they're on and place them at greater risk of 30-day ER visits and cause hospitalizations.”

When an older patient is put on an opiate painkiller due to a dental visit, this can lead to devastating consequences. In addition to a painkiller’s addictive nature, a dentist may not necessarily know what other medications the elderly patient is on. That then creates an additional risk of prescribing painkillers to a senior citizen who is taking other medicines that may react poorly with painkillers.

Is U.S. Dental Prescribing of Painkillers Out of the Ordinary?

Given the increase in prescribing from 1996 to 2015 and the fact that painkillers prescribed by dentists can be harmful, one could easily surmise that prescribing levels need to be reduced significantly. But just for a comparison, it’s worthwhile to examine another country’s dental prescribing trends.

There is an overprescribing problem in America, and it’s a big part of why the U.S. is struggling with such a severe drug addiction epidemic.

In almost all cases, it would be ideal if dental practitioners did not prescribe opiate drugs. Prevention is always preferred, as the fewer people put through the strains of addiction, the better. Unfortunately, as long as opioid prescribing continues, a percentage of those individuals who are prescribed opiates will become addicted to them.

Addiction is a horrible, crippling affliction of both the mind and body. It is life-threatening, seriously debilitating for the individual, a crisis that worsens the longer it is left untreated. That's why, if you know someone who fell prey to an addiction to drugs and alcohol, you should do everything you can to get them help.

Thankfully, there is a way out of the trap that is a drug or alcohol problem. Residential drug and alcohol rehab centers possess the tools and know-how, methodology, environment, and helpful, compassionate staff needed to help someone overcome addiction. Drug rehabs are essential, too, because only programs like these can help a person address the physical, psychological, and spiritual components of addiction that they currently face and the underlying struggles and difficulties that caused them to turn to drugs in the first place.

If someone in your life has succumbed to an addiction, don’t let them become just another statistic. Contact Narconon today. 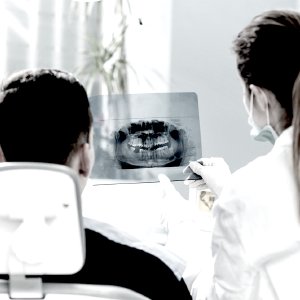