Death is Not the Only Negative Effect of Alcohol Misuse

How a Pandemic Surge in Drinking is Now Hurting Americans

For every person who dies from drinking too much alcohol, there are dozens more who suffer lifelong diseases, health conditions, injuries, and behavioral problems due to their alcohol misuse. A recent study showed how the spike in excessive drinking during the COVID-19 pandemic is now coming back to harm Americans in the form of a spike in alcohol-related liver damage. Above and beyond the immediate and acute harms that Americans faced when they drank to excess during the pandemic, now those same individuals are experiencing serious medical conditions resulting from months of excessive alcohol consumption.

The rude awakening here is that, despite being legal and strongly promoted across virtually all channels of American life, alcohol is harmful and causes serious damage to a person’s life, often without being immediately fatal. However, it’s clear the damage adds up and many succumb to related disease.

According to research presented at an event called Digestive Disease Week, alcohol-related gastrointestinal and liver diseases surged in the beginning of the COVID-19 pandemic and have remained elevated since. Furthermore, the proportion of those patients who require inpatient interventions for such diseases has also surged, highlighting the severity of pandemic-related alcohol-caused liver disease.

The researchers theorized that because Americans drank more alcohol during COVID-19 lockdowns, serious liver disease cases spiked in both number and severity. Quoting Dr. Waihong Chung, the lead researcher of the study and a research fellow for the Division of Gastroenterology at the Warren Alpert Medical School of Brown University, “When we went into lockdown, many people experienced significant negative impacts, such as social isolation, job loss, and an increase in anxiety and depression. These experiences may have led people to increase their alcohol consumption, which could explain why we are seeing a surge in the volume of consultations for alcohol-related diseases.”

The researchers examined all inpatient consults for gastrointestinal issues in 2019 and compared those to 2020. The number of consults went down somewhat during lockdowns (partially because of restrictions on hospital visits due to COVID). Then as soon as the lockdowns began to recede consults increased sharply by 59% over 2019’s numbers. The increase in inpatient visits was almost entirely from alcohol-related hepatitis, cirrhosis, pancreatitis, and gastritis. Furthermore, there were no significant changes in the proportions of consults for non-alcohol-related liver diseases, suggesting that the surge in liver problems was almost entirely alcohol-related.

Liver disease is just one of many ways in which people are severely harmed by drinking alcohol to excess. Here are seven others to consider:

While it is known that alcohol can be harmful, the substance is still highly accepted and normalized within American culture. Given that the American people just experienced a stark and noticeable surge in alcohol-related liver disease due to excessive drinking during the COVID-19 pandemic, it is perhaps time that Americans had an honest conversation about the harm caused by alcohol consumption.

According to the National Institute on Alcohol Abuse and Alcoholism, about 25% of America’s adult population drinks to excess at least once per month, with 6% of Americans meeting the qualifications for alcohol addiction. About 14.5 million Americans are addicted to alcohol, yet only about 7% of addicts receive any treatment for addiction in any given year. Meanwhile, about 95,000 Americans die from alcohol-related harm each year, making alcohol misuse one of the leading causes of preventable death in America.

Alcohol is harmful, and Americans need to cut back on their drinking. There is no reason to drink at all, and even having just one alcoholic beverage poses a risk to the individual. It would be far better if people did not drink alcohol.

Though the media and public discourse tend to focus on the people who die from drinking too much alcohol, the truth is that alcohol misuse has a long list of negative, often serious, sometimes permanent effects that are unrelated to overdose or death.

If you or someone you care about is drinking alcohol and cannot stop drinking it, please seek help from a qualified alcohol addiction treatment center as soon as possible. Please do not wait until it is too late. Get help today. 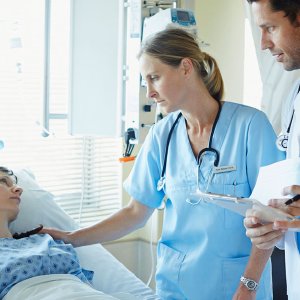 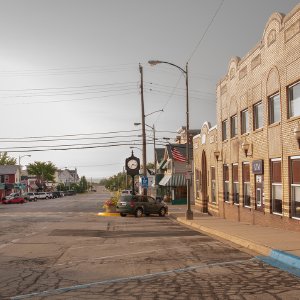