Did you know that America’s most extreme substance abuse and addiction problem is with a legal and accepted substance, not with street drugs or prescription drugs?

It’s true. Alcohol addiction claims more lives than all other drug addictions combined. And the alcohol crisis has gotten worse in recent years, especially with the pandemic. This health crisis requires increased treatment to cope with the increase in alcohol abuse. But the opposite is true—a smaller percentage of Americans are receiving treatment for alcohol addiction than in previous years.

It’s not a pretty picture and only worth talking about if there are solutions available. And there are. First, let’s get more understanding of the current situation.

Alcohol Misuse Soared During and After COVID-19; However, Treatment Did Not

One group of researchers sought to measure just how much alcohol consumption increased during the pandemic. Quoting their findings, “Participants who experienced COVID-19-related stress (versus not) reported consuming more drinks and a greater number of days drinking. Additionally, 60% reported increased drinking compared to pre-COVID-19. Reasons for increased drinking included increased stress (45.7%), increased alcohol availability (34.4%), and boredom (30.1%). Participants who reported being stressed by the pandemic consumed more drinks over a greater number of days.” Undoubtedly, alcohol consumption surged during the pandemic.

Another group of researchers found that the treatment gap is much broader than previously thought, as they suggested only about 6% of addicts ever receive treatment, not 10%. (More on these findings in the next section).

The Alcohol Addiction Epidemic is Not a Mystery

Given that so few alcohol addicts receive treatment for their addictions, one might assume that alcohol addiction is an unidentified problem within society. But this is not the case. While the truth of the situation might not be widely known, there are some easily found and published facts. For example, tens of millions of Americans are addicted to alcohol, and tens of thousands die from alcohol-related causes each year. It is well-researched that alcohol addiction is one of the leading causes of preventable death in the United States. The government created entire federal institutions (like the National Institute on Alcohol Abuse and Alcoholism) to inform the public of information such as this.

Recent research findings suggest that while 81% of alcohol addicts receive medical care from their primary care providers and other specialists, only about 6% of those same addicts receive alcohol addiction treatment. This data suggests that the medical community is failing to address patients’ drinking habits and that patients themselves are failing to bring up their drinking habits in medical settings. Quoting the researchers who arrived at these findings, “Persons with AUD (alcohol use disorder) commonly utilize health care and are often screened about alcohol use, but few receive treatment. Healthcare settings—particularly primary care settings—represent a prime opportunity to implement AUD treatment to improve outcomes in this high-risk population.”

One of the first steps to narrowing the treatment gap is to educate doctors to broaden their role and responsibility for the alcohol addiction crisis. The education process begins by insisting that doctors screen patients for alcohol addiction and do so in a friendly, comfortable, and welcoming way (in no way dehumanizing or condemning their patients for alcohol misuse). Medical settings should be safe places for patients to reveal and discuss alcohol addiction. Quoting Dr. Laura Jean Bierut, the senior study author of the above-cited study, “Some primary care doctors may not feel comfortable telling patients they should cut down on drinking, or referring them to treatment because they don’t specialize in treating alcohol misuse; but the result is that many people who need treatment aren’t getting it. We used to see the same thing with smoking, but when physicians became educated about smoking and learned that many of their patients wanted to quit or cut back, doctors began offering more treatment, and more people were able to quit. We think the same thing may be possible with alcohol.”

We know alcohol addiction exists on a grand scale in our society. We must insist that doctors and other health care professionals approach it as any other serious national public health crisis. We must treat it.

When untreated, alcohol addiction brings with it a lifetime of health problems and physical travail, as well as a long list of behavioral struggles and psychological crises. However, the most harmful result of alcohol addiction is the loss of life associated with it. And sadly, alcohol now takes more American lives than perhaps ever before.

The National Institute on Alcohol Abuse and Alcoholism and the Centers for Disease Control and Prevention just updated their findings for the total number of lives lost to alcohol each year. Before 2020, both the NIAAA and the CDC estimated that about 88,000 Americans die from alcohol-related causes each year.

These institutions estimate the actual death toll to be closer to 95,000 lives lost to alcohol, more than the total death toll of all other addictive drugs combined. Quoting the CDC’s reporting on the issue, “Excessive alcohol use is responsible for more than 95,000 deaths in the United States each year, or 261 deaths per day. These deaths shorten the lives of those who die by an average of almost 29 years, for a total of 2.8 million years of potential life lost. It is a leading cause of preventable death in the United States and cost the nation $249 billion in 2010.” The alcohol addiction crisis in America is getting worse, and we are not doing nearly enough to ensure those addicted receive treatment.

Not only should we educate the public at large and the medical community, anyone who knows someone addicted to alcohol must try and help that individual.

Doctors, friends, ministers and friends must inform family members of alcohol addicts that treatment is the safest, most effective way out of alcohol addiction. We must all work to close the treatment gap – it can start with one person. While preventive efforts have their efficacy and make it less likely that people will misuse alcohol in the future, society must do something for the approximately 16 million Americans currently hooked on alcohol.

If you know someone addicted to alcohol, who cannot stop drinking on their own, please do everything you can to get them into a treatment center. Treatment for alcohol addiction is available. Addicts need only reach for it. 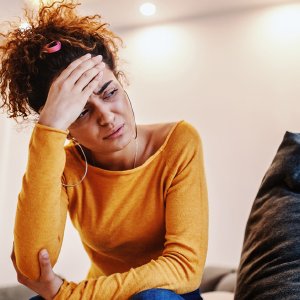 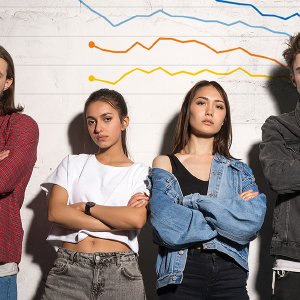