To ensure health and wellness for babies and their mothers, families and new mothers must understand that cannabis use is harmful to both unborn and newborn babies.

As Cannabis Use Among Pregnant Women Increases, Negative Outcomes Among Newborns Becomes Apparent

In liaison with the National Institute on Drug Abuse, researchers at the University of California, San Diego compiled and analyzed information relating to cannabis use among expecting mothers and the effects of their cannabis use on newborns. Their paper was published in the journal Addiction.

While the research did not prove a direct, cause-and-effect relationship between prenatal exposure to cannabis and negative health outcomes, the researchers did find a higher incidence of negative outcomes among babies who had been born to mothers who used cannabis while pregnant. According to NIDA reporting, “Infants born to women with cannabis use disorders were more likely than control group infants to be born preterm, have a low birth weight, and be small for their gestational age. ... Investigators also analyzed infant death certificates linked to birth records and found that, while infant mortality was rare overall (less than 1% in either group), infants born to women with a cannabis use disorders diagnosis at delivery were 35% more likely to die within a year of birth than control group infants.” Correlation does not imply causation, but it is a cause for alarm that babies born to mothers who use cannabis are more likely to experience negative health outcomes.

The researchers also found that cannabis use is more common among pregnant mothers than it used to be. In 2001, only about 2.8% of pregnant moms self-reported cannabis use. But in 2012, 6.9% reported such use.

Cannabis Use Before Pregnancy – Setting the Stage for Risk

Smoking marijuana can affect fertility and the odds of a miscarriage or still birth. According to the MGH Center for Women’s Health, “Female marijuana users have about a twofold increase in risk of pregnancy loss. This finding is consistent with studies carried out in the general population, demonstrating increased risks of miscarriage and stillbirth.” For a healthy and viable newborn, expecting mothers should abstain from cannabis use.

Cannabis Use During Pregnancy – The Effects of Cannabis on Fetal Development

Though some women report using marijuana to address severe nausea associated with pregnancy, it should be noted that marijuana is an addictive drug. It also poses a risk to fetal survivability and development. According to a NIDA report on the subject, “Some associations have been found between marijuana use during pregnancy and future developmental and hyperactivity disorders in children. Evidence is mixed as to whether marijuana use by pregnant women is associated with low birth weight or premature birth, although long-term use may elevate these risks. Research has shown that pregnant women who use marijuana have a 2.3 times greater risk of stillbirth.” Given these factors, expecting mothers should absolutely avoid cannabis.

“Moderate concentrations of THC, when administered to mothers while pregnant or nursing, could have long-lasting effects on the child...”

Cannabis use does not just pose immediate harm to unborn and newly born infants. There are ongoing risk factors, too, as cannabis use during pregnancy affects child and adolescent development. Again citing NIDA data, “Moderate concentrations of THC, when administered to mothers while pregnant or nursing, could have long-lasting effects on the child, including increasing stress responsivity and abnormal patterns of social interactions. ... In school, marijuana-exposed children are more likely to show gaps in problem-solving skills, memory, and the ability to remain attentive.” Given that marijuana use during pregnancy could have long-term, adverse effects on babies, women should not use marijuana before, during, or after pregnancy.

Cannabis Use After Pregnancy – Ongoing Risks to Newborns

The primary concern about a mother’s cannabis use immediately after pregnancy is whether or not THC can harm a newborn’s development via breastfeeding. At the time of the writing, very little is known about marijuana use and breastfeeding.

Some experts believe that moderate amounts of THC find their way into breast milk when a nursing mother uses marijuana. According to one study, “Some evidence shows that exposure to THC through breast milk in the first month of life could result in decreased motor development at 1 year of age. Because a baby’s brain is still forming, THC consumed in breast milk could affect brain development.” Though experts insist more research be done to determine the long-term effects on babies who nurse to mothers who use cannabis, there is enough concern and risk here for the medical community to encourage women not to use cannabis while breastfeeding.

Marijuana and Pregnancy – Frequently Asked Questions and Their Answers

As marijuana becomes increasingly legal and accepted and as more women seek it out as a potential treatment for morning sickness and other pregnancy-related symptoms, women are asking questions about marijuana and pregnancy. Following are some frequently asked questions and their answers:

If an expecting mother is seeking relief from nausea, vomiting, or other unpleasant symptoms, she should talk to her doctor about an effective and safe treatment for her and her unborn child. Just because marijuana is a natural plant substance does not make it safe for Mom or her baby.

The Importance of Getting Help for Drug Abuse Before Getting Pregnant

At no point should anyone demonize expecting mothers, but we should encourage women who struggle with substance abuse to get help, ideally before they get pregnant. Even cannabis use can become habitual and compulsive.

When a couple decides to have a child and bring another life into this world, their lives change into something more than just taking care of themselves and each other. Their lives suddenly revolve around taking care of a young human who cannot do so on their own. It is a huge responsibility and should be treated as such. That’s why it’s so important for parents-to-be to get help for substance abuse problems before they become parents. If you or someone you care about is using cannabis and cannot stop using it, make sure to get help from a qualified drug and alcohol treatment center. 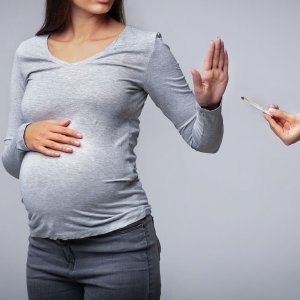 I know times are tough right now but please, hang in there, Mama.

Julie in Dealing with Addiction 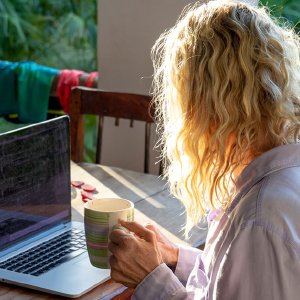