When my parents and grandparents were growing up, there were only a couple of drugs readily available: alcohol and tobacco. Some people slipped into alcoholism and others may have ruined their health by smoking too much and too long. In those days, alcohol and tobacco companies were vying for new customers but there certainly weren’t squads of drug dealers roaming our communities, hanging around schools and haunting the vulnerable to recruit new customers.

The drug distribution landscape of today continues to change as demand inside the United States continues to grow. While not drastically different than the situation of just a few decades ago, patterns change based on economic concerns as new territories open up. First, illicit drugs permeated our inner cities. Then they reached smaller towns and finally, drug distribution points now exist even in rural areas. Coupled with a corporate culture of legal drug sales by pharmaceutical companies. If ever there was a time to take action to ensure that your children refrain from ever using drugs, it is right now. Let’s look at why that is.

Did you think cocaine production and consumption went away? Not by a long shot. Cocaine production in South American countries went up 25% in 2017 and continues high to this day. All that coke is going somewhere. Because the U.S. and Europe are fairly saturated, new markets are being opened up in Asia and Australia. When it comes to cocaine and other drugs, it’s much like any other commodity. When there is a surplus of the product, those in charge of selling it are going to look around and see who else might buy it.

From Colombia and Venezuela, large shipments of cocaine head out for America and Spain. From Spain, the product is distributed across Europe. These have been the primary distribution routes for several years. And now, new, secondary routes have been opened from South America to China, the Philippines, Malaysia and Australia.

As evidence of these new routes, in 2018, Chinese and Hong Kong authorities broke up a trafficking ring that was moving cocaine through Brazil to mainland China and then Hong Kong. In 2019, a shipment of cocaine seized in China was valued at $160 million.

Meth use has had its ups and downs in the last couple of decades. When motorcycle gangs discovered how easy the drug was to manufacture, there was an increase in sales, use and addiction. Then the laws changed to make it harder to get the precursor chemicals from cold medication that could be found in any drugstore. This change was followed by the discovery of a new method of cooking meth (the “One Pot” method) that required smaller amounts of cold medication. Suddenly, there were thousands of small labs all over the country.

Meth consumption experienced another downturn after that, perhaps because of the burgeoning use of and addiction to opioids. And then, as strong measures began to be taken to clamp down on opioid availability after 2010, methamphetamine use began to once again increase. As evidence of this growth, in 2012, Mexican officials seized nearly two million pounds of precursor chemicals for the manufacture of meth. And in Belize, authorities seized a shipment of meth from China that had a street value of $10 billion and was destined for a Mexican drug cartel.

Most American meth is currently coming from Mexico where Super Labs can produce large quantities in a single production run. This meth is far purer than the kind of meth that used to be produced in small domestic labs which makes it far more dangerous. And it is sometimes intentionally contaminated with fentanyl which can drive the user to become addicted to opioids.

Currently, methamphetamine is not only being trafficked from Mexico to the U.S. but also from East and South East Asia into the U.S. and Canada. Australia is also being assaulted by shipments of Asian meth.

As these global forces combined their efforts to move more drugs and money back and forth, Nigerians entered into this cooperative effort. Nigerian syndicates began to play the role of ruthless broker, providing coordination between Latin American and Chinese players. Reports of their involvement have emerged from São Paulo in Brazil, Bangkok in Thailand, and Hong Kong. There are reports that Nigerian agents are very active in recruiting (sometimes with brutal force) individuals to conceal drugs on their bodies before they board flights. One of the triads (secret societies involved in organized crime) in China seems to have forged a lasting alliance with Nigerian syndicates.

The entrance of Nigerian syndicates that are tied into Chinese triads provides insight into the globalization of drug manufacture, trafficking, and sales that are currently changing the entire character of the illicit drug industry. It’s no longer about limited cartels in Mexico fighting turf wars. The groups are much larger, better financed and just as ruthless as any of those cartels ever were. Their scope is now international and growing.

While all this international drug trafficking is going on, don’t forget about the widespread legalization and commercialization of marijuana within our own borders. What does commercialization mean? It means that a business is managed or run primarily for financial gain. No longer is marijuana a drug that’s just used by a small population of hippies who want to mellow out and reflect on life. Marijuana is Big Business.

Just like the tobacco and alcohol industries, the growing marijuana industry will prosper the most if it has steady, high-volume consumers. And like tobacco and alcohol, marijuana is addictive. Once a person is addicted to marijuana (which happens about 9% of the time, or 17% of the time if the user is in their teens when they start), they become a faithful customer. The same tactics that enticed people to start smoking cigarettes will surely work to entice people to start consuming marijuana.

Is it any wonder then that the parent company of the tobacco giant Phillip Morris—Altria— has invested heavily in the new cannabis industry? And according to a report on Fortune Magazine’s website, Constellation Brands (makers of Corona beer) and Altria have made multibillion-dollar investments in the Canadian marijuana industry. In another move that illustrates the money at stake in this business, Anheuser-Busch InBev (makers of Budweiser) formed a $100 million partnership with a marijuana entrepreneur to develop a “cannabis-infused substitute for beer.”

The marijuana industry in America and Canada is one that is determined to maximize profits, whatever it takes. And if some people become addicted in the process, well, that would be nothing new, considering that addiction to cigarettes and alcohol have not, by and large, caused communities to rise up in arms.

Marijuana is now legal for medical or recreational use in 33 states and the District of Columbia. If this trend continues, there may soon be medical and/or recreational dispensaries in every major city in the country, and many of the minor ones. Marijuana is also either legal, decriminalized, approved for medical use or tolerated in 36 counties including most of South America, plus Australia, New Zealand, twenty or so countries in Europe and a few in other areas.

These international players in these drug industries aren’t in this business to help people. They are in it for the money. That means that in every one of these arenas, they are looking for new customers. They are not going to be fussy about who starts buying their products. They will set up their production and transport channels and they expect the street-level dealers they recruit or the dispensaries they establish to find enough customers to consume every ounce of the product they come up with.

What does this mean for you and your children? It means that there are huge, powerful and growing global organizations that want your children as customers. And not just customers one time, but steadily, daily and permanently.

If ever there was a time to have earnest conversations with your children about the very real dangers of drug abuse, that time is now. Experimenting with a few drugs looks so simple, so harmless… It’s up to parents, grandparents, aunts, uncles, cousins, siblings, teachers and coaches to explain why a little drug use WILL turn into more drug use for a certain number of people. And then WILL turn into addiction for some.

Addiction Is “A Solution” that Becomes “The Problem”

The often false, painful and confusing narrative of how a person becomes addictive is at the center of much debate. For many years, addiction was seen as a problem for the inner city, or the morally weak. Worse, when a person didn't fit this narrative, they were labeled with different terms.

Taking a Look at Drug Education—No One Can Avoid Responsibility

Drug and alcohol addiction is tearing our society apart, creating a severe struggle and hardship for millions of American families. While teens and young adults as a demographic do not experiment with hard drugs to the same degree that grown adults do, when this does happen, the effect is devastating. Short of a death in the family, I think it would be hard to find a familial crisis or event that would cause as much grief and trauma as that of a son or daughter succumbing to drug and alcohol addiction. 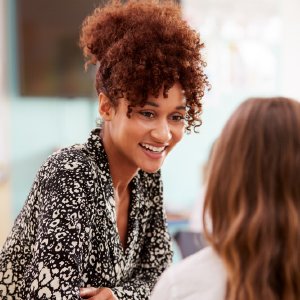