America is in a bloody battle to save the lives of their loved ones. Family members of anyone who is addicted tremble when the phone rings. Entire communities are ravaged by the deaths of people dear to them. Law enforcement officers do their best, morning and night, to save lives, along with EMTs and emergency room personnel. The Drug Enforcement Administration and other agencies go after traffickers and overprescribing doctors daily. And still, it’s not enough to quell our epidemic of deadly drug use.

It is not enough because these efforts arrive after a person is addicted or they only address the supply side of this issue. These efforts, as noble and necessary as they are, don’t reach young people before they make the decision to start using drugs. Demand-side prevention programs are needed to keep people from ever choosing to start.

Law enforcement agencies have gradually awakened to the fact that we can’t “arrest” our way out of this problem. The subject of drug use must be addressed from the demand-side as thoroughly as we currently address the supply-side. Would this work? It worked in Montana, a state overwhelmed with methamphetamine use. Their Montana Meth Project utilizing dramatic public service announcements reduced youth methamphetamine use by 73% and adult meth use by 72%.

… in which parents know exactly how to talk to their children about the dangers of drug use or underage alcohol use;

… in which youth receive accurate information on the effects of drugs every year in school;

… in which popular celebrities frequently act as sober role models for youth;

… in which parents, teachers, rec center staff and many others are educated on identifying the signs of drug use;

… in which youthful peer pressure encourages other teens and young adults to reject drugs and alcohol.

Could it happen? I suggest that it could. For comparison, consider the number of people who smoke cigarettes. Tobacco consumption peaked in 1964 with an average of 5,000 of cigarettes smoked per person, per year. By 2012, that number was just over 1,000. Because cigarettes are legal, that change had to be effected on the demand-side. Smokers had to be educated, cigarettes had to be made less convenient through actions such as reducing the number of places where a person are allowed to smoke and eliminating the cigarette machines that were ubiquitous in the 1960s. Other steps were taken as well, but this phenomenon shows that demand-side pressure can work.

So What Actions Can Parents and Community Leaders Take?

Many tactics have been developed, but some may not be popular. It might take considerable effort and pressure to eliminate alcohol sales from college campuses or sporting events. But just imagine once again, a country in which the emphasis gradually shifts from subtly encouraging drug or alcohol use to one where drug use or excessive or underage alcohol use are openly and frequently discouraged.

How can we create this atmosphere? Here are some ideas:

In 1986, Nancy Reagan launched her “Just Say No” campaign against drug abuse. The message was picked up and repeated across the nation. It was used for public service announcements in a variety of formats. According to a graph of American drug use created by PBS.org and repeated in Monitoring the Future (see Figure 5-3) surveys of youth, drug use dropped dramatically during the time period when there were so many people repeating the message.

We should be positive and proactive about reducing the demand for drugs among our children and young adults. It might not even be that hard if an anti-drug message simply becomes something you see or hear multiple times every day. Keeping our friends, neighbors and other members of our communities drug and alcohol free is worth the effort. Let's give this effort the time and importance it deserves. 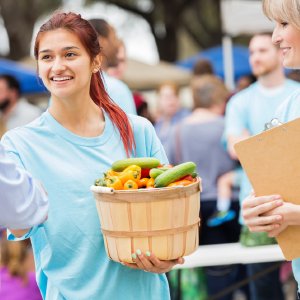