Why Alcohol Is The Hardest Drug to Quit

When most people think of alcohol, they don’t think of it as a drug. Part of the reason for this is that drinking is so socially acceptable that many don’t second guess it. The other reason is that it is legal so it is often assumed that it isn’t as bad as say, heroin. I’m not here to have a debate between heroin and alcohol but I do want to point out they are both pretty dangerous when they are abused. According to the Centers for Disease Control and Prevention (CDC), excessive alcohol use was responsible for more than 95,000 deaths per year in the United States between 2011-2015.

Having worked in the addiction field for eight years I’ve seen my fair share of addiction. I’ve seen the damage it has caused and I have seen how difficult it can be for some people to regain control of their lives. While each drug has its own difficulties and every drug is difficult to stop, in my opinion, alcohol is perhaps the most difficult of all. There are several reasons for this which are listed below.

The withdrawals can be deadly.

Many people don’t realize that alcohol withdrawal can actually kill a person. This is why it is so important for anyone who is addicted to alcohol to seek medical treatment for their condition. Not everyone who has an addiction to alcohol will need to do a medical detox, but it is vitally important to speak with a medical doctor prior to quitting drinking in order to assess the severity of the physical dependence. Luckily, several options are available for people to make this process as safe as possible. But I cannot stress enough how important it is to seek a medical evaluation from a trained professional prior to stopping alcohol.

Like any drug, alcohol produces intense cravings for a person when they try to stop. This is one of the major barriers people face when they are trying to stay sober. The beginning stages of sobriety are often the most difficult to get through because of the cravings that occur. This is why it is often beneficial for a person to do some sort of inpatient program to help gain stability. Oftentimes a person will need to be in a safe place where they are unable to access alcohol in order to get through this stage.

Another reason alcohol is so difficult to stop using is the ease of access. While it is true people can find most types of drugs almost anywhere, alcohol is still the easiest to get ahold of. It is sold in liquor stores, bars, restaurants, grocery stores, and even gas stations. I’ll never forget the first time I went to a restaurant after I stopped drinking and how it felt to see other people with their wine glasses at their tables. While I don’t expect the rest of the world to stop drinking, it still made me uncomfortable for a long time. Fortunately, as time has gone on it doesn’t bother me anymore, but it is still a tough thing to go through for people who are in early recovery.

Perhaps one of the biggest slaps in the face to a person trying to quit alcohol are the number of ads that can be found on billboards, televisions, radio, in magazines, and online. Alcohol companies spend a lot of money on advertisements trying to make drinking look glamorous and fun. While this does wonders for their bottom line, it wreaks a lot of havoc on the minds of people who are trying to stop drinking. At least when a person is trying to stop smoking meth they don’t have to worry about seeing a billboard promoting the use of it on their way to work.

A vast majority of people drink.

Let’s face it, many people in the United States love to drink. Alcohol is usually found at most celebrations, family get-togethers, work parties, concerts, professional sports games; really the list goes on and on. According to the 2019 National Survey on Drug Use and Health:

When looking at these statistics among the many others listed by the National Institute on Alcohol Abuse and Alcoholism, it becomes apparent how widespread alcohol use really is.

You have to create a completely new life.

Almost anyone can stop drinking for a day or two but in order to stay sober, a person will need to create an entirely new life for themselves. A major difficulty in long-term sobriety is learning how to live life without the use of alcohol. Many times people will need to cut ties with old friends and stop hanging out at places they used to go to while they were drinking. While this may seem drastic to some, it is an entirely vital aspect of living a life of recovery. A person cannot expect to stay sober if he keeps hanging out at bars or going to parties where people are drinking all the time. As I’ve heard it said before, the longer you sit in the barber’s chair the more likely your hair will get cut.

Alcohol is the only drug you have to explain not using.

Perhaps the most frustrating aspect of quitting drinking is having to explain to people that you don’t drink. While this is a personal choice that you really don’t owe anyone an explanation for, many people will still question someone when they say they don’t drink. I’ve had people give me some pretty strange looks when I told them I don’t drink alcohol. This is a rather sad fact that points to a much bigger problem. No one asks a person why they stopped using heroin or why they don’t smoke crack but for whatever reason people will question you if you say you don’t drink alcohol.

So while quitting alcohol can be very difficult, it is important to remember that it is entirely possible. Many people allow the difficulty of quitting to prevent them from getting better and while it is understandable to a degree, it is certainly not a good reason to completely give up and give in to the addiction. There are countless people who have overcome their addiction to alcohol and there are many resources out there to help you or a loved one get and stay sober. If you or a loved one are struggling with alcohol abuse the best thing you can do is to reach out for help. Alcohol addiction is a tricky thing to deal with but thankfully professionals are out there who help people work on this exact problem every day.

If you watch or read the news today, if you look at what is capturing the headlines, it really comes down to only a few major topics. Obviously, the current state of the US economy and the gridlock in the government is one major attention getter. 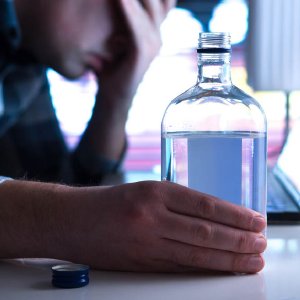