While some areas of drug use in the U.S. have decreased considerably amongst young adults, one significant figure that has not decreased is that of teen overdoses. In fact, while fewer teens are abusing drugs state to state, overdose rates for teens who are abusing drugs are increasing rapidly.

This is not just a problem for teens. A recent Centers for Disease Control and Prevention report indicated that the leading cause of death for Americans under the age of fifty is death by accidental drug overdose. In 2016, the drug abuse crisis of modern-day America claimed more than sixty-four thousand lives, a nineteen percent increase from 2015’s fifty-two thousand deaths and a forty percent increase from 2014’s forty-thousand deaths.

While there is sadness and misery in any life snuffed out due to substance abuse, there is something truly heartbreaking when an adolescent under the age of twenty is killed by recreational, accidental drug use. Overdose drug deaths amongst adolescents increased by nineteen percent in just one year.

Several government programs have been implemented to curb teen substance abuse. Some states have implemented Good Samaritan laws, laws which encourage bystanders to call law enforcement and medical responders if they suspect potential drug use or an overdose. The laws insist that bystanders who call in or bring a drug user to a hospital will not be persecuted for association with a drug user.

Another action taken to help prevent drug use amongst teens is that of increased government legislation and regulation on pharmaceutical giants. Such actions curb Big Pharma’s ability to relentlessly produce addictive pharmaceuticals.

Yet another approach has been the implementation of Narcan, the commercial name for naloxone, an opioid overdose reversal drug. Most states have funded Narcan programs so that emergency responders can carry Narcan with them in the event of an overdose.

There are few experiences a parent could go through that are as awful as a teen son or daughter overdosing on drugs. When parents fear their teen is using opiates or some other drug, they need to take action to resolve that crisis. Parents can:

We need to curb the death toll of drug and alcohol abuse. Parents can have a significant effect on this. It is certainly well worth the effort to apply the above strategies and other strategies to give our kids the best upbringing and the best futures that they can get.

Talking to Your Kids: Communicating the Risks

Breaking Down the Uptick in Adolescent Overdoses

Teen Drinking and How to Prevent It

No parent wants to find out that their teen has a drinking problem. Parents want the best for their kids. Parents want their kids to have healthy and rewarding lifestyles, to do well in school and in activities of their own choosing, and to experience adolescence and young adulthood in a way that sets them up for a rewarding and pleasant adult life. But teen drinking throws a monkey wrench into the best-laid plans… 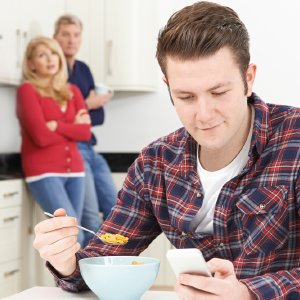