About this time, nine years ago, I was finishing up my addiction treatment program at a Narconon center. I had spent the previous three months getting my life together. It took a lot of work, self-reflection, and brutal honesty to get to the point where I needed to feel confident in my ability to stay sober. Ask anyone who has ever attempted a life of addiction recovery before, and I am sure they will tell you it requires more than just giving up drugs and alcohol; it requires a complete lifestyle change to stay sober for any length of time.

Before I went to treatment, I had developed a rather serious drinking problem. I would often drink alcohol to excess and had alcohol-induced blackouts regularly. Even though these often produced some rather frightening consequences, they never seemed more substantial than my desire to drink. When I say alcohol consumed me, I mean precisely that. My entire day revolved around pushing through a hangover at work, swinging by the liquor store on my way home, and getting as drunk as possible. The only time I felt any relief was the first thirty minutes or so as that initial buzz kicked in, and then it was all downhill from there.

Looking back on this with the clarity that only sobriety can bring, I am astounded by how I could put up with this lifestyle for so long. I spent my whole life chasing that thirty-minute buzz at the end of each workday. I kept drinking the rest of the evening in hopes that it would return, but it never did. I never felt I could get as drunk as I wanted, and I often kept going until I passed out or ran out of alcohol. How could I live this way, you may be asking? I’m not sure; addiction makes people do crazy things that don’t make sense to anyone but the person who is addicted. Quite honestly, these things didn’t even make sense to me at the time, but for whatever reason, it didn’t seem to matter to me then.

As you can see from this quick glimpse into what my life had consisted of, it is pretty evident that I had a significant problem. To say drinking was my only problem would be an understatement. I also developed relationship problems, financial problems, legal problems, work problems; pretty much every area of my life was negatively impacted by this one thing I was unable to give up on my own: alcohol.

The moment my life finally became too unbearable for even me to stand just happened to be the exact moment my family had enough with my addiction and decided to give me an intervention. I wish I could say it was some dramatic story worthy of a TV episode, but I would be lying if I said it lasted more than twenty minutes. I tried to downplay my drinking at first, but I knew I wasn’t fooling anybody, and to be honest, sitting there with a black eye from my bar fight the night before I could barely remember was my wake-up call that it was time to change. So I agreed to go, and part of me felt relieved that my family offered help that I was too afraid to pursue on my own. I always seemed to have a problem reaching out for help, and that’s part of how things had gotten so bad.

A few days later, I packed my bags, had a few last drinks, and had my mom give me a ride to rehab. At the time, it felt like the ultimate walk of shame; little did I know that it was the one day that would completely alter the rest of my life for the better; it was my first day of freedom. I had to fight through many ups and downs to make it to the other side, there were times I wanted to give up, and there were times I felt like a lost cause, but I just kept pushing through. I promised myself I would give this opportunity to change everything I had and that I would put in the work to get better because I was so sick of living the life of shame and regret alcohol had created for me.

During my addiction treatment program, I learned several life lessons that have stuck with me all these years. Little did I know at the time that I would be using some of those lessons nine years later to protect not only my sobriety but the entire life that I have worked so hard to build for myself.

One of the most important things I learned during my time at Narconon was the importance of analyzing the people who I allow into my life. Sure everyone knows that negative people will harm your life, but not everyone can easily apply this logic to their lives. Sometimes negative people put on a pretty good disguise and can go undetected for some time. Other times, hostile people are family members, so we hang onto unhealthy relationships out of a sense of obligation. Either way, these people can slowly tear apart the things we work so hard to build if we allow their behavior to go unchecked.

I recently had someone in my life that was hurting my mental well-being. I didn’t realize it at first, as I admit I have somewhat let my guard down over time. I had cut out most of the negative people from my life during my time in rehab and have done an excellent job of staying away from people I felt would jeopardize my sobriety. Over the past few months, I slowly noticed that my limited encounters with this person left me feeling emotionally unwell. This person began to exhibit several personality type characteristics that I remembered learning about during my Narconon program. These types of behaviors can hurt a person’s overall well-being. I started to go back over the things I had learned during my time in treatment, and it dawned on me that this was a serious situation that needed immediate attention.

Having the tools available to me from my time at rehab helped me navigate this tricky situation. I recognized what was going on, and it felt like a bucket of cold water to the face. I could finally put all of the pieces together. I then realized why this person was having such an impact on my emotional well-being. Being able to recognize this situation and take tangible steps afterward to remedy it empowered me to take ownership of my emotions and personal life. I then established firm boundaries to protect myself from this person's harmful effects on my life.

Looking back on it, I can see that I probably should have realized what was going on sooner, but as I said, after nine years, I have somewhat let my guard down in this regard. What I can say without a doubt is that nine years later, I am still able to apply what I learned in rehab all those years ago to not only stay sober but to thrive while doing so.

Recognizing When It’s Time to Let Go of Harmful Relationships

It is important to remember that it is ultimately up to you to decide who you allow in your life and who you decide to keep away. 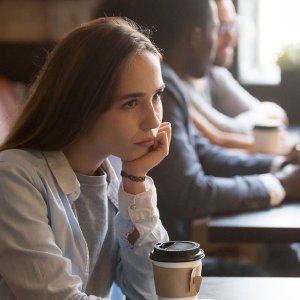 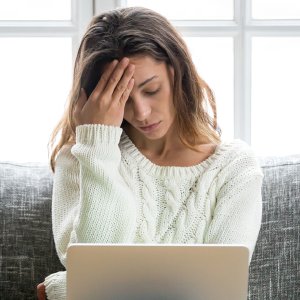