The Monitoring the Future Survey of Our Youth: Snapshot of Drug and Alcohol Use

Do you think that high school senior that’s ready to graduate has remained drug-free? If you do, there’s a 50-50 chance that you’re right. According to the new Monitoring the Future study for 2017, about half our students have used an illicit drug by the time they graduate.

The Monitoring the Future survey is published every year by the National Institute on Drug Abuse and the University of Michigan. Nearly 44,000 students from more than 300 schools are surveyed to compile this analysis of drug and alcohol use by our youth.

In December 2017, their latest report was published. The entire report includes answers from eighth-, tenth- and twelfth-grade students. We’re going to take a look at the drug and alcohol use of our seniors in high school.

Marijuana Use and Disapproval

In 1991, nearly 79% of our high school seniors thought that smoking marijuana regularly was harmful. That number has declined steadily until today, only three out of ten seniors think it is harmful. Only 12% think it would be harmful to smoke marijuana a couple of times.

Today, about 6% of these students are smoking marijuana every day, a range of use that has remained fairly steady since 1997.

Availability of Drugs and Alcohol

Which drugs do seniors feel are easy to get? Alcohol is the easiest, with 87% saying they could get their hands on it if they wanted to. Marijuana was in second place, with 80% knowing where to get it.

Amphetamines—which include Ritalin and Adderall—were in third place with 38% knowing where to find them. 36% can easily obtain painkillers like oxycodone, methadone, hydrocodone or other narcotics. Hallucinogens and Ecstasy are easy to obtain for three out of ten students.

How Many of Our Students are Graduating Drug Free or Alcohol Free?

As we mentioned earlier, about half our high school seniors are graduating without sampling illicit drugs or misusing prescription drugs. The exact number is 49%, a number that has not changed very much since 1996.

If you remove marijuana from this list, the number drops to about 20%. The use of an illicit drug other than marijuana was at its highest level in 2001 at 31%.

The percentage of seniors who have had an alcoholic drink (not just a sip) is considerably higher than that. 61% of seniors have drunk alcohol by the time they graduate. But that number is a dramatic reduction from the high of 88% in 1991.

How many of our seniors have engaged in binge drinking in the last two weeks? One in six students. This is roughly half the number that binged in 1997.

Signs of Improvement But…

There are definitely signs of improvement in the survey responses above. Alcohol use is down considerably, along with the use of Ecstasy, inhalants, hallucinogens and narcotics like painkillers. But marijuana use is creeping up and disapproval is shrinking. When disapproval goes down, increased use generally follows.

The message underlying these survey results is that only four out of ten of our young people see the value in remaining 100% drug and alcohol-free—or only four in ten are able to refrain from temptation. While these numbers are better than they were in years past, we still have plenty of work to do to help our youth realize the benefit of sobriety. Our feeling is that individuals are the most productive and can experience the greatest joy of living when they are sober. We must continue to relay this message to our youth through our words, our examples and our deeds.

How High is Your Child’s Risk Factor for Using Drugs? Check Out This List

The World Health Organization recently released a comprehensive report on marijuana use around the world, including in that report a list of factors that tend to increase the risk of drug use in youth. Do you see these risk factors in your child’s life?

Declines in Youth Drug Use Offer a Bright Spot of Hope

Every year, the Monitoring the Future survey allows us to examine trends in drug and alcohol use among our teens. In this new report, the fact that teen use of most drugs continued their decline provides a bright spot amid concerns about our national opioid epidemic. 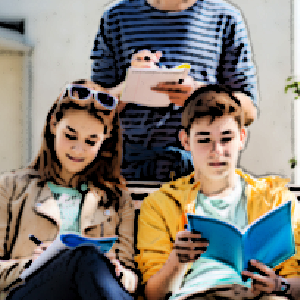