Declines in Youth Drug Use Offer a Bright Spot of Hope

Every year, the Monitoring the Future survey allows us to examine trends in drug and alcohol use among our teens. If you’ve never seen this survey, it provides a thorough look at the drug use and attitudes of 45,000 eighth, tenth and twelfth grade students across the U.S. It offers insight into how well we are educating our youth about the dangers of drugs and gives a glimpse of what their future drug use might be like. In this new report, the fact that teen use of most drugs continued their decline provides a bright spot amid concerns about our national opioid epidemic.

As most drug use declined, marijuana use, however, showed no improvement among older students. For eighth grade and tenth grade students, there was a slight reduction from the numbers a few years ago but for seniors, lifetime use remained high at more than 44%.

Most Drugs Peaked in Late 1990s

It seems that use of most drugs hit peaks between 1996 and 2001. For example, marijuana use by high school seniors came down a few percentage points from a peak of 49% in 2001 but then has remained in the same range. In 1996, inhalant use by eighth-grade students was terrifyingly high—nearly one in four students had misused a common household chemical this way. This is a substance that has the ability to kill a child through suffocation the very first time they try it.

Methamphetamine, used by more than 8% of seniors in 1998, was used by around 1% in 2016. And while alcohol use has dropped from its high at the turn of the millennium, nearly half of our high school seniors say they have been drunk at least once.

Fewer students say they have misused prescription narcotics—painkillers—but four out of ten who do say they misused their own prescriptions. To protect our youth, we must continue to encourage doctors to minimize use of painkillers among the young. Student athletes with injuries and teens having wisdom teeth removed are likely to receive pain relievers from a doctor. Parental control of narcotics at these times makes it clear that these substances can be dangerous and must be used with great care.

Who contributes to these lowered numbers? Every parent who explains the harm that can come from using any of these drugs. Ministers of churches who sponsor drug-free or anti-drug events. Community volunteers and activists who spread the message in street fairs and parades. Teachers who set a good example of sobriety and integrate anti-drug lessons into their teaching. Even drug-free celebrities make their mark.

This survey shows that a concerted effort by families and community members can make a difference and IS making a difference. The lessons are to keep doing this job and to continue to set sober examples for our youth. The rewards are worth every ounce of effort we invest.

How High is Your Child’s Risk Factor for Using Drugs? Check Out This List

The World Health Organization recently released a comprehensive report on marijuana use around the world, including in that report a list of factors that tend to increase the risk of drug use in youth. Do you see these risk factors in your child’s life?

The new National Survey on Drug Use and Health has just been released, and a careful study of these results shows that while men’s use has increased in most categories of drugs, women’s use has fallen in most. We take a look at some of the possible reasons for these changes. 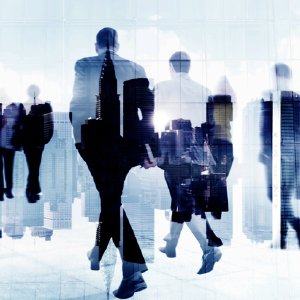