The Effects of Ecstasy on the Brain

The drug Ecstasy has been labeled as one of the most popular drugs for teens, young adults, and adolescents and is also one of the most dangerous and damaging drugs in existence.

According to research and statistics from the National Institute on Drug Abuse, when used, ecstasy causes serotonin to rush to the brain, resulting in extreme feelings of happiness and well-being. There is new evidence showing that this drug can actually be neurotoxic, meaning that it can damage cells in your brain. Long-term users of ecstasy have displayed signs of depression and anxiety. This is most likely because of the lack of ability to naturally replace their serotonin levels.

Ecstasy contains MDMA, which affects the body’s ability to regulate its temperature, leading to overheating. Drinking too much water, as users often do, can flush out their bodies’ supply of potassium. This can cause their organs to swell, which has proven to be fatal. Along with the risk of overdose, it is important that you know the signs of club drug use, which include elevated temperature, high blood pressure, increased heartbeat, hallucinations, and vomiting.

Research has shown that long-term use of ecstasy may cause acute swelling and atrophy of hippocampus tissue in the brain. Scientists believe that the hippocampus helps the brain manage learning, especially learning and remembering new things as well as things that have happened recently. In fact, some studies have shown that using ecstasy in even recreational amounts over a short period of time can have a major impact on memory. The study took new ecstasy users who took ten or more ecstasy pills within their first year of use and compared them to their pre-ecstasy performance. The results were clear that the participants had suffered impairments in memory. It should also be noted that hippocampus damage is one of the first signs of Alzheimer’s disease, which leads to memory loss and disorientation.

For those who are currently using ecstasy or any other drug, they should stop using immediately to keep further damage from occurring. Although it is thought that injury to the hippocampus is permanent, new studies suggest that natural amino acids may hold the key to healing brain injuries. For this study, neuroscientists fed amino acids to mice whose brains had been injured. Much to their surprise, the mice’s cognitive abilities were restored. While these findings are still relatively new and still being researched, ecstasy users must take matters into their own hands and not rely on the possibility that the damage sustained to their brains from drug use can be reversed. In other words, this does not give users the go-ahead to use ecstasy now and then “fix” everything after they’ve had their fun.

While ecstasy is known for being addictive, it does also affect the body’s serotonin levels. The results are often a person who feels anxious, depressed and unable to find enjoyment in things that would normally make them happy. When this is the case, it is wise to have the support and guidance from someone who is knowledgeable in drug rehabilitation.

For those who have made the decision to stop using ecstasy, there is help available at a Narconon center if it is needed.

ecstasy and the brain
AUTHOR

We cannot live without a healthy and functioning brain. What happens to our brains if we use drugs such as alcohol, marijuana or ecstasy? 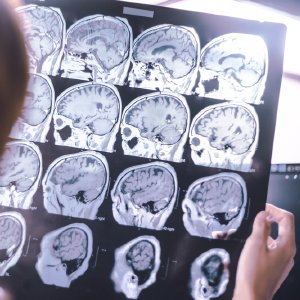