When we think of how young people are exposed to opiate drugs, what is the first thing we think of? Probably the most likely answer is “peer pressure.” And not without good reason. Traditionally, pressure from one’s “friends” has been the most likely occurrence that leads to a teen’s first exposure to drugs.

But the 21st century is changing the drug scene considerably, and it seems that how teens are exposed to drugs for the first time is also changing. A new study from the American Academy of Pediatrics indicates that physicians and dentists are often responsible for exposing teens to opiate drugs for the first time. This isn’t carried out with malice aforethought, but it is exposure to highly addictive drugs nonetheless.

The Details of the Study

The AAP study was titled, “Trends in Opioid Prescribing for Adolescents and Young Adults in Ambulatory Care Settings.” The American Association of Pediatrics News Journals Gateway offers a summary of the research. CNN did a full review of the published material as well.

The researchers were working out of the Harvard Medical School and the Boston Children’s Hospital. They studied the medical records of young adults and adolescents ages 13 to 22 between 2005 and 2015. Using collected data from the National Center for Health Statistics, the researchers were able to view the results of youth visits to doctors, dentists, and emergency rooms.

Why Are Prescribing Rates So High?

In a lot of cases, family practice doctors, ER doctors, and dentists don’t know what a conservative or ethical level of opioid prescribing would be for young people. They simply are not adequately trained on the issue. That’s a huge flaw.

Dr. Joel Hudgins is a clinical instructor at Harvard Medical School, an instructor at the Boston Children’s Hospital, and the lead study author for the AAP research. According to his commentary on the research results (quoted from the CNN article cited above): “To be frank, these were numbers that surprised us a little bit with how high those numbers were. … There are national guidelines on opioid prescribing for adults, and that really helps prescribers know how long, what the right duration is, and what the right opioid is, and things like that. There really aren’t those guidelines, or at least not at the national level, for adolescents and young adults.”

Teens and young adults are being put on potentially addictive, potentially habit-forming, and possibly mind-altering opioid pain relievers for injuries and maladies. A generation ago, these types of injuries and operations would have earned them a cast, a sling or a bandage, an ice pack, a couple of Tylenol, a day’s rest in bed, a playful slap on the back, and a “Buck up sport and get well soon!” comment.

As parents, we have to ask a genuine question: “Do I want my teen son or daughter being put on the very same type of drugs that are responsible for the deaths of tens of thousands of Americans every year?”

When parents learn about the devastation of opioids, the thousands dead, the families crushed, the crime, the injury, the diseases, and the overdoses that come part and parcel with opioid misuse, what parent would even want to wish the slightest risk of that upon their child?

Luckily, parents have alternative methods of pain relief and holistic measures that they can utilize to help their teen and young adult children.

The medical field might not promote it much (and the pharmaceutical industry certainly does not). However, there do exist effective alternatives to opioid pain relievers that do not carry with them addiction risk. Parents should get educated on these alternatives and consider using them to treat pain symptoms in their kids rather than opting for opioid painkillers.

Some such alternatives have been listed below, including cited sources indicating best practices for effective use:

Parents need to have tools to help their teens and young adult children overcome pain without having to turn to opiate painkillers.

Parents also need to have tools at their disposal if their teens or young adult kids use opiates for a legitimate pain condition but then end up becoming addicted to the very meds that were supposed to help them.

Opiate addiction is a slippery slope, a highly dangerous and rapidly deteriorating condition. Some say that opiate addiction has a more traumatic and damaging effect on young people and that it affects them more quickly than it does older people. And there is probably some truth in that.

For a parent, the most critical step to take when this happens is to get one’s son or daughter into a residential drug and alcohol addiction treatment center and to do so as soon as possible. Opiate addiction is a life-or-death matter. If it comes to this with your son or daughter, do not delay in getting them help. 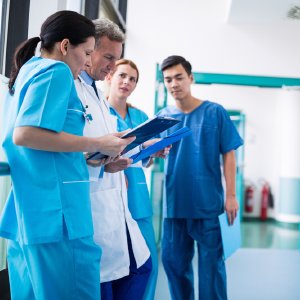 It is safe to say that treating oral pain problems is something that dentists often have to do. But how they go about treating such symptoms is another matter entirely.