Statewide Prescription Drug Monitoring Programs in All States, Except Missouri

In every state but Missouri, there’s a statewide Prescription Drug Monitoring Program (often abbreviated to PDMP), a program intended to curb abuse of prescription drugs. This online database available to doctors tells them if a patient is visiting multiple doctors to get the same kind of pills, for example, painkillers, so they have enough to support an addiction. Repeated attempts to pass PDMP legislation have failed, prompting Missouri Governor Eric Greitens to sign a 2017 executive order that enables over-prescribing doctors to be identified by the state. After these repeated failures, Missouri counties and cities began to implement their own PDMP services.

Access to a PDMP has been deemed a vital component in the fight against drug abuse. By checking a PDMP before handing out prescriptions for addictive substances like painkillers, sedatives or tranquilizers, a doctor knows if he should refuse pills to a patient who has gotten the same kind of drug from three other doctors. There are many actions a state can take to fight drug abuse and addiction, but a PDMP is considered an essential part of the fight by 49 other states.

Who’s Participating in this Effort to Curb Drug Abuse?

According to the News Tribune, these cities and counties have provided their medical practitioners with PDMP services:

Why Doesn’t Missouri Have a PDMP?

The main opponent to this kind of legislation is state Senator Rob Schaaf who repeatedly voices privacy concerns related to the sharing of medical information, even though it’s generally limited to doctors and pharmacists. In 2012, Schaaf led a successful eight-hour filibuster of PDMP legislation, and each year thereafter, he blocked efforts by State Representative Holly Rehder to pass similar legislation.

In 2017, PDMP legislation finally passed the Missouri Senate and has moved to the House of Representatives for action. According to a survey from the National Institute on Drug Abuse, these online programs are associated with a reduction in drug overdose deaths. Each year, Missouri loses about a thousand of its citizens to overdoses. The passage of this pending bill could help bring this number down.

This could be the year that Missouri finally joins the rest of the country in providing a proven way to reduce drug overdose deaths, providing relief also for the number of Missouri families who might otherwise lose a loved one to an addiction that started with pills. 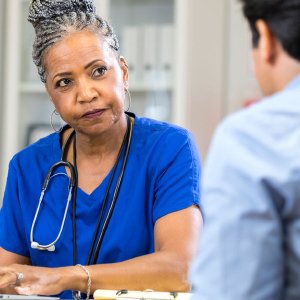