Then I opened the article and started reading it. Within the first two paragraphs, I knew it was not the good news that I was looking for. The article highlighted Dr. Zachary Dezman, a Baltimore, Maryland doctor who is implementing Medication-Assisted Treatment into the University of Maryland Medical Center Midtown Campus.

I read further, considerably disheartened. The Washington Post article started by quoting Dr. Dezman as he said, “These patients [addicts who come to the ER for help] are marginalized from the health-care system. We see people every day who have nowhere else to go. If they need addiction medicine—and many do—why wouldn’t we give it to them in the ER? We give them medicine for every other life-threatening disease.”

The University of Maryland Medical Center Midtown Campus in West Baltimore and ten other Maryland-based hospitals are implementing programs where they will hand out “addiction medicine” like buprenorphine (Suboxone) to addicts who come to the ER complaining of withdrawal symptoms.

Hospitals that implement MAT programs and slap a label on it and call it “Addiction Treatment” are making a mistake.

Short-Term Treatments, Crisis Management, and MAT Therapies Do Not Work

When did we wander so far astray to the point where we thought it was a good idea to start “solving” all of our problems with pills? I remember a day when physical or mental pain meant a lot of different things, but it didn’t necessarily mean that you needed pills to make you “better.” Because the truth is, you can’t just slap a label on a physical or mental struggle and then medicate it. Human beings are a tad more complicated than that.

Addiction is a very complicated affliction, and it is not something that can be easily addressed with medication. You’re talking about a highly complex, multi-faceted behavioral health problem that transcends into the physical, mental, and spiritual realms of any person’s existence. How can a pill hope to resolve all of the many aspects of addiction?

It can’t, and that’s why medication-assisted treatments (MAT) and other approaches like them won’t work.

All it takes is one look at the statistics on the addiction epidemic to see just how serious this problem is (and how dire a strain this problem is having on our society) and to understand that we need much more in the way of addiction treatment than single-minded, band-aid MAT programs.

According to the U.S. Department of Health and Human Services, it all started in the late 1990s. It was at this time that U.S. pharmaceutical companies promised the medical field that patients would not suffer adverse consequences (addiction, overdose, dependence, etc.) to opioid pain relievers.

But the exact opposite of what Big Pharma promised is what actually ended up happening. The increased prescribing of highly-addictive and potentially-lethal opioid pain relievers resulted in millions of Americans addicted to the drugs and hundreds of thousands dead from overdoses by the end of 2017.

In 2017, the opioid problem became so apparent that President Trump labeled the addiction crisis a “National Public Health Emergency.” And he wasn’t the only one either. The Department of Health and Human Services also spoke out, declaring a public health emergency of their own.

Let’s take a look at some of the statistics on the epidemic, to put this problem into perspective:

Clearly, the United States is mired in a terrible drug addiction crisis which affects a large number of people and is often lethal. Never before has our country seen this kind of rampant loss of life. And while it is understandable that hospital ERs would want to step in and do whatever they could to prevent the unnecessary loss of life, they are going about it in the wrong way if they are only seeking to use medication-assisted treatments to do so.

What ERs can Do to Help Overdosing Addicts

It is already quite common for hospitals to refer addict-patients to residential addiction treatment centers. But according to the Washington Post, most ERs do little more than just give addicts a phone number to call.

They can do much better than that.

Hospitals could even make it mandatory for addicts to consent to go into rehab before the hospital offers a bed to an addict-patient. This might seem to go against the Hippocratic Oath. But it does not, as allowing the addict to stay at the hospital and then leave several days later without ensuring that the individual seeks further treatment is more of a violation since the addict will likely overdose and die on the streets.

Hospitals could refuse to use of medication on addicts, instead insisting on a natural, holistic, medication-free detox for their patients, followed by direct transfer to a residential addiction treatment program for further care.

At the end of the day, there’s a lot that hospitals can do. There’s a lot that they can try, even if not all of these methods are going to be workable. The important thing is that Medication-assisted treatments are no substitute for drug and alcohol rehab. The degree we rely on medication-assisted treatments is the degree to which we never actually confront the reality that is the addiction epidemic.

How Could Hospitals Direct OD Patients to Treatment Centers? 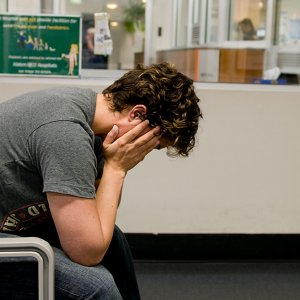