New research shows that one out of three young people misuses their prescribed stimulants and tranquilizers, putting them at high risk for addiction and other unwanted side effects. Parents and youths must learn the risks of mind-altering prescription drugs.

What the Research Uncovered

According to a 2021 study published in the journal Family Medicine and Community Health, nearly one-third of U.S. teens and young adults prescribed psychoactive drugs misuse them, with rates of misuse increasing with age. The findings also indicated that mind-altering stimulants and tranquilizers were more likely than pharmaceutical opioids to be misused by young people.

The research showed that not only are young people prone to misusing their prescriptions, but the research also exposed how highly medicated the American youth is. According to the data, one in ten is medicated on at least two psychotropics, with 60% of this group admitting to misusing at least one of their prescription drugs. Further, almost 90% of young people prescribed more than one pharmaceutical also admit to misusing another substance, like alcohol, cigarettes, cigars, marijuana, cocaine, heroin, inhalants, or hallucinogens.

But the fact that American youth are overmedicated despite a direct correlation between increasing medication and substance abuse is only the first part of the study’s revelations. Another factor the researchers uncovered was that the risk for prescription misuse increased with age. While only one in four teenagers between the ages of 12 and 17 in the study reported misusing their medication, about 40% of young adults between 18 and 25 reported misusing their medication. That suggests the longer a young person is medicated, the more likely they are to misuse their prescription drug.

And given that more than one in three American teens are prescribed mind-altering pharmaceuticals, the fact that one-third of them misuse their prescription is more than alarming.

The study authors expressed alarm over their findings, encouraging the public to get informed on prescription drugs and proceed with caution. In their own words, “It is important to monitor the diversity of medication misuse behaviors among youth and young adults, given their potential for abuse liability. Modifiable risk factors for prescription substance misuse, such as tobacco and other non-prescription substance use, underscore the need for comprehensive approaches towards health promotion among youth and young adults.” In the future, parents should also seek alternatives to pharmaceuticals for their children.

The Addiction Risks Behind Psychoactive Drugs

The two most alarming revelations of the above study are:

Those findings invite a closer examination of psychotropic medications and their addiction risk. The National Institute on Drug Abuse reports that not only has there been a spike in addiction as prescription drugs have become more widely used across the U.S., but there has also been a spike in deaths connected to their use. According to the data, while about 547 Americans lost their lives to prescription stimulants in 1999, more than 23,800 Americans died from overdoses on such drugs in 2020, a more than 40X increase.

A similar trend has been observed with antidepressants. In 1999, 1,749 Americans lost their lives from overdoses on antidepressants; in 2020, 5,597 Americans died from such drugs. According to NIDA, addiction rates have increased for every pharmaceutical drug with addiction potential, and the result has been soaring overdose deaths in all categories.

Because many prescription drugs have a mind-altering effect, patients using such drugs may seek out that effect, which could lead to them self-medicating on the drug. Self-medication can lead to addiction, and addiction can lead to overdose and death.

Looking to the future, parents have to become fully informed on psychoactive pharmaceuticals, thoroughly examining the potentially dangerous side effects that such drugs create. And if they have a teen or young adult son or daughter who misuses these substances, parents must act fast to get their child into a treatment center.

Even if it starts as a legitimate prescription for an unwanted medical condition, consuming mind-altering psychoactive drugs can be habit-forming. Such drugs are addictive and can lead to misuse, even when the individual uses them exactly as their doctor prescribed. 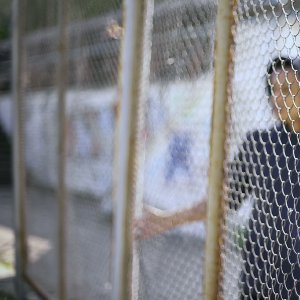 There are now more street drugs than ever, and people are dying from drugs and alcohol at unprecedented rates, so it is more important than ever that parents educate themselves on this subject. 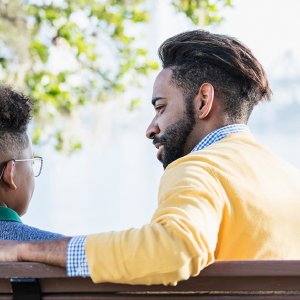