One Percent of Doctors Responsible for 25 Percent of Opiate Prescriptions

There is no question that through much of the late-1990s and into the early and mid-2000s, opioid prescribing in the U.S. surged as pharmaceutical companies launched new opioid painkillers and urged doctors to prescribe them en masse. And while many pharma companies that urged prescribers to push their pills on patients are now coming under serious litigation for the role those companies played in launching the opiate crisis, the U.S. is still mired in an extremely dangerous opiate addiction epidemic.

Some pharma companies are now being held accountable, but what about the doctors? In fact, research data has shown us that it was just a small percentage of medical practitioners prescribing huge numbers of painkillers, with much of the medical community doing their best to prescribe painkillers safely.

What are the numbers on this? And will it be possible to lower prescribing rates to save Americans from addiction risk?

Opioid prescribing is far higher in the U.S. than it is in comparable nations, hence the importance of examining what is causing soaring prescribing trends. And while all doctors should be adequately educated and informed on safe prescribing, it’s worth noting that most medical practitioners are already making an effort at safe and conservative prescribing.

According to data from the British Medical Journal, about one percent of U.S. prescribers account for almost half of the total opioid doses prescribed, and more than 25 percent of all opioid prescriptions written.

The researchers examined data gathered by a large, national insurance provider covering some 60 million individuals between 2003 and 2017. During that period, an average of 8.2 billion doses of opioids were prescribed by about 669,495 medical providers to some 3.9 million patients per year.

Examining just the data from 2017, the top one percent of medical providers accounted for 49 percent of all opioid doses prescribed and 27 percent of all prescriptions written. Numerically, that means only about 6,500 prescribing doctors were each responsible for prescribing about 748,000 doses in 2017 alone.

From the study authors, “Most prescriptions written by the majority of providers are below recommended thresholds, suggesting that most U.S. providers are careful in their prescribing. However, a small portion of providers account for a highly disproportionate proportion of opioids.”

The Harm of Opioid Painkiller Addiction

There is no doubt that much of the current addiction crisis in the United States came about due to opioid painkiller addiction, which was mostly the result of a massive increase in the production, promotion, distribution, and prescribing of opioid analgesics.

Millions of Americans are addicted to prescription painkillers, even though these drugs are completely legal and are supposed to help people.

Because prescription painkillers are fully legal, widely promoted as being safe, and are medically recommended in many scenarios, there is not a very high degree of perceived risk in such drugs. Yet there is quite a bit of risk in taking them, and this misconception about them makes people feel as though they can experiment with such drugs without having any adverse outcomes.

Even if a physician is prescribing pain relievers ethically, there is still a chance that a patient may become hooked on those drugs. Opioid painkillers are addictive, and while the physician can reduce addiction risk by following safe prescribing guidelines for his or her patients, the only way for the patients to eliminate risk completely is to not take such drugs at all.

If you know someone who has fallen prey to an addiction to prescription drugs, the best solution for them will be to get off those drugs with residential drug and alcohol treatment programs.

Opiates are the leading cause of overdose deaths in the U.S. and much of the world, hence the importance of treating opioid addiction as soon as possible. Even if your loved one was prescribed painkillers for a legitimate physical condition, if they are now dependent on those drugs and self-medicating with them, it's essential they get help and find alternative options. Call Narconon today to take the first step towards helping your loved one get their life back.

What Doctors Can Do to Curb Opioid Addiction

Doctors and all medical practitioners for that matter need to do their part to reduce the opioid epidemic. This has been a crippling, nightmare of a problem, a problem that has encapsulated a significant percentage of Americans and which has caused endless heartbreak, turmoil, deaths, and socioeconomic destruction.

When people think of prescription opioids, one of the first images they might get is of a doctor in a lab coat, handing a patient a bottle of pills. And yes, medical doctors are a common source of opiate prescribing. But they are not the only source. Dentists also prescribe opiates. 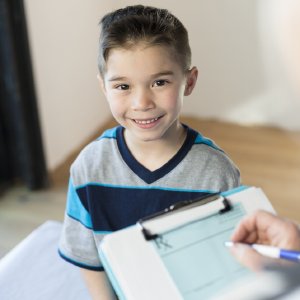