Reporter Andrew Knittle of The Oklahoman recently reviewed pharmacy records between 2010 and 2014 and discovered that the Oklahoma State Pharmacy Board had levied twenty-one fines totaling more than twenty thousand dollars against various pharmacies that were found to have violated board regulations. It was discovered that pharmacies had allowed thousands of painkillers to go missing – an especially disturbing fact when one considers that prescription painkiller abuse and addiction problems are some of the most widespread problems affecting the state of Oklahoma, and indeed the entire country at large.

Oklahoma State Governor Mary Fallin recently signed a bill that requires state physicians to at least occasionally check the online Prescription Monitoring Program before prescribing certain classes of drugs. This includes opiate painkillers like oxycodone and hydrocodone, anti-anxiety medications like Xanax and a muscle relaxant known as Soma, all of which are known to be highly potent and highly addictive. This move is an effort to help supervise prescriptions more closely, to ensure that patients are not “doctor-shopping” or doubling up on prescriptions, which is a clear sign of abuse. Currently, pharmacists are required by state law to log every new controlled dangerous substance prescription in the Prescription Monitoring Program within minutes of filling it, which means that doctors need only check the program to determine whether an individual is indeed participating in prescription drug abuse.

Of course, the Prescription Monitoring Program is only useful to doctors if the information stored in it is accurate and up-to-date. One national pharmacy chain was fined three hundred fifty thousand dollars in August 2013 because there were at least five locations in the Oklahoma City metro area that had been using incorrect Drug Enforcement Agency numbers in order to fill prescriptions. Additionally, state pharmacy board executive director John Foust indicated that some pharmacies were using made-up DEA numbers when they couldn’t read the information on the prescription – which creates a major problem when physicians are trying to use the Prescription Monitoring Program in order to accurately monitor patient prescription usage. Incorrect input may mean that their patients’ prescription shows up under an incorrect physician’s name, among other things.

The fact is that taking prescription painkillers even with a valid doctor’s prescription and exactly as recommended can sometimes lead to physical, mental and emotional health issues in the patient. It, therefore, follows that disappearing or unaccounted-for prescriptions increases the danger of prescription drug abuse.

Records show that in 2010 five nurses in a nursing home were able to phone in fake prescriptions to a Sulphur pharmacy using the names of facility residents and make off with more than eighty-four hundred hydrocodone tablets as well as roughly six hundred tablets of a stimulant often used as a diet aid. It was discovered by the Oklahoma State Pharmacy Board that these prescription orders were being taken by a technician, not a pharmacist, further indicating a looseness in the procedure of handling these dangerous narcotic drugs.

In Tishomingo, a pharmacy technician stole over two hundred thousand hydrocodone tablets over a few years in order to “help” her daughter, who was being threatened by a drug dealer she was indebted to. The pharmacy was fined forty thousand dollars and placed on a five-year probation for failing to report the loss of these narcotics, as well as failing to institute adequate safeguards to prevent employee theft.

With the threat of prescription drug abuse affecting every community across the state, Oklahoma pharmacies would do well to take action and ensure that they are participating in preventative efforts, as their efforts alone could help immensely 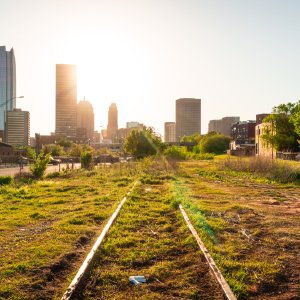 Forty-seven U.S. States have filed lawsuits against Purdue Pharma, requesting a total of $2.2 trillion dollars as compensation for Purdue’s contributions to the opioid epidemic. Is this a fair number? 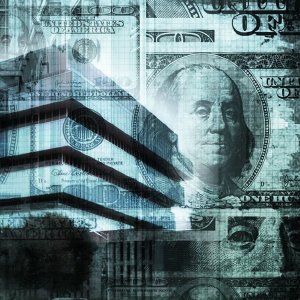