How Narconon and LA Ministers Are Fighting Back Against Addiction

Drugs are a major problem throughout Los Angeles, and one of the areas that have been hit the hardest over the years is South Central L.A. South Central has some of the highest rates of poverty and crime in all of Los Angeles County, and drugs are largely to blame for both of these problems. On the one hand, you have Angelenos who have lost their jobs or are struggling to get by as a result of their drug use and addiction. On the other hand, there are countless petty criminals and gang members whose crimes are either directly involved in the illegal drug trade or are motivated by the need to get cash for drugs. In short, the people of South Central need help in fighting the scourge of drugs, and they will soon be getting that help from some of the members of the local clergy. Fortunately, churches still play a substantial role in the community of South Central, both in terms of providing a place for Sunday worship and as a point of social stability for the parishioners. In light of this, a group of ministers from South Central has recently taken steps to keep their congregations safe from drugs.

Eight ministers from local churches got in touch with Narconon Fresh Start, located in southern California. They were looking for looking for solutions to the spread of drugs in the community, and wanted to find information that they could use to more effectively educate their parishioners, especially the children and teenagers, about the dangers of drugs. They found the answers and the help they needed at Narconon. Tony Bylsma, a drug prevention specialist at Narconon Fresh Start, met with the ministers to discuss their concerns and to give them an idea of the approach that Narconon takes to substance abuse prevention education. The ministers liked what they heard, and decided to move forward with a series of classes delivered by Tony. Choosing him as their teacher was an easy decision because it is something that he does on a massive scale. Along with a colleague, Tony delivers the Narconon drug prevention education program at schools and youth clubs throughout the year, and they are on track to reach 100,000 students this year alone. Tony was happy to help the ministers, who he said, “knew their communities were suffering from drug abuse and related crime. They wanted to offer more help, especially to keep young people out of trouble.”

Over the course of the next several months, Tony met with the ministers for a series of evening lessons every other week at the Carson Community Deliverance Center in South L.A. They covered a range of topics, including the subject of new drug threats that have been emerging on the streets of Los Angeles and nationwide. The ministers learned from Tony exactly how to convey the anti-drug message in a way that will resonate with young people and give them the information that they need to make the right choices about drugs. Rather than using scare tactics, the Narconon education program seeks to appeal to the reasoning ability of a young person and to make it easier for him or her to understand the facts in order to make educated and informed decisions about drug use. With this approach, the drug education program is enormously successful in the groups where it is delivered. Having completed their basic training in the program, the ministers are ready to take the anti-drug message to their parishioners, and some have already begun speaking to youth groups about the subject. Now, there are eight more people working to reduce the rates of drug use and addiction in South Central L.A., and it can be hoped that as a result the community will thrive and be a safer place for everyone.

To see the full release:

As legalization has advanced across the nation, young people increasingly see marijuana as “safe.” If it’s legal, it must be safe, right? Not so, and that’s why parents need to be prepared for an adolescent or teen son or daughter showing interest in cannabis. 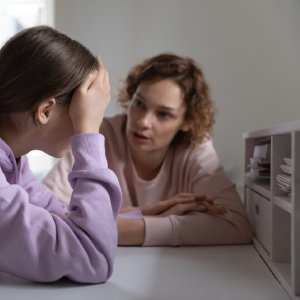 Former NBA player Chris Herren has developed a unique and convincing way of showing high school students how easy it would be to get started on the road to addiction just like he did. 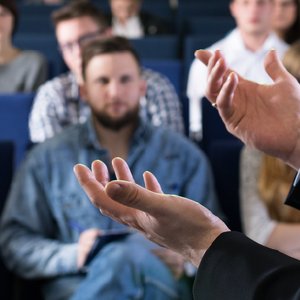