Marijuana as a Gateway Drug

Is marijuana really a gateway drug? That depends on who you ask. If you ask NORML, the pro-marijuana advocacy group, they’ll say no. Asking NORML is one thing. Asking those who ended up going to rehab for intensely destructive drugs like heroin and cocaine might get you a different answer.

We had occasion to ask this question of some of our rehab program graduates. Here’s what they told us.

“In high school, I started smoking marijuana with my friends. They told me there was nothing wrong with it, that it was kind of normal and everybody was doing it. So I just kind of joined in and started smoking marijuana. Using marijuana opened the door to other drugs, other people, I stopped caring about life. I stopped going to school. I didn’t have goals anymore. I got introduced to heroin, cocaine, And I started using that.”

“I started smoking pot to fit in with everybody. And it looked like everybody was having a good time. And they told me ‘Nobody’s died from smoking pot.’ So I did it and it progressed into cocaine and heroin and my life was just downhill. Once I was smoking pot, I was around people who were doing other drugs. So it made it easier to just do those other drugs. I was like, well, these people are doing it and they seem fine. So I did it.”

“It started using pot regularly with friends in high school when I was 17 or 18 years old, we’d sit around and smoke pot and drink beers in my buddy’s garage. As far as the transition from smoking pot every day to using harder drugs, I had run into somebody who said, hey, I’ve got some opium and I’m thinking, opium, that’s cool, it’s like pot times ten, and before I knew it we were sitting in my car freebasing, and then he’s like, so man, we just did heroin. And I was like, what? Because I had no idea. But it felt incredible, and I was like, oh, cool. I did that for like two years. And then the rest is history.”

“I had a lot of friends, I was living in the dorms, they started smoking marijuana, they made it seem like so much fun. After a really hard day of classes, it was nice to smoke some marijuana and veg out and watch some TV, eat a lot of food. And marijuana after awhile just wasn’t cutting it. I would choose to surround myself with people that I knew were doing other drugs, who were going out and partying and not worrying about classes. I would surround myself with those people so I could do whatever drugs they were doing. And it progressed from there to an addiction.”

“How I started using marijuana, I was in middle school, around 12 years old, didn’t really know who I was as a person. I looked around to see what I wanted to be like, what I wanted to strive to be. I wanted to fit in, I wanted to be a social person. And that’s one of the reasons I started using marijuana. From then on, it just kind of snowballed. I became okay with using other things. It’s not like I set out to be a heroin addict but it ended up that way. Before I knew it I was too deep to pull myself out.”

“So I started using marijuana, I was a freshman in high school, I was out partying and drinking and somebody had weed there. So I smoked it. My decisions weren’t the best, I was a little drunk. And then a couple of days later my buddy was like hey, you want to smoke again? I was like, sure, I guess. I’d done it before. Because of those decisions, I was open to trying new things. So when I was with a group of people and they had Percocet [opiate painkiller] and they offered it to me and my thought process was like, well, ‘I’ve smoked weed before, that’s a drug, this is another drug. Nothing really happened, nothing came from that. So this is going to be fine. I’ll try that, it sounds fun.’ And then it caught, and spiraled downhill before I even realized what happened.”

“When I started using drugs, I had moved to a new state and the kids there that I met did it so it was a way to fit in with them. It took me about a year to get into harder drugs. Experimenting with different drugs, party drugs, things like that. It felt good to smoke pot, it felt good to use these drugs, so to me, that’s what I was after. I knew it was wrong, but it being wrong—the feeling superseded that for me which led me down the path of using other drugs.”

We can help the addicted find stable, lasting recovery. But along the way, spouses, children, parents, families, and communities have already suffered heart-breaking losses. Preventing people from getting on a route that can lead them to addiction is a much better solution.

If you care about someone who needs recovery, give us a call.

Is it Okay if Your Child Drinks a Little or Smokes a Little Marijuana?

As long as he (or she) is not overdoing it, are you okay with a little drug use by your kids? Does it not worry you if your child drinks as long as they do it at home or the home of someone you know? And how about marijuana? Is this fairly harmless, as far as you’re concerned? 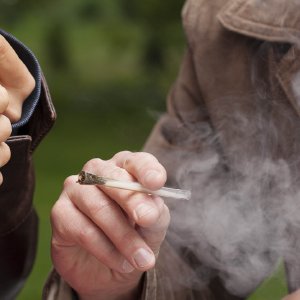 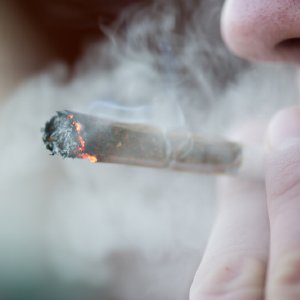