Marijuana: A Gateway to Dealers?

One of the longest, most drawn-out debates is about whether or not marijuana is a gateway drug. This argument has been going on for years and no one seems to be able to find a common ground to determine whether or not marijuana usage leads to other drugs. We’re in an era where walking down the streets of some major cities and being able to walk into a weed store, just as one would walk into a liquor store, is considered completely normal. No longer do people have to find clandestine areas to smoke weed, they can do it walking down some city streets if they want to.

Back in the day, and even currently, there are a group of people who are pro-marijuana legalization and claim that the drug doesn’t have any “gateway” effects whatsoever, and on the flip side, you have concerned citizens who believe that marijuana leads to wanting a better, stronger high, eventually creating more drug addicts for our society to contend with. So, what’s the answer to all this?

I’ve been working in drug rehabilitation for a long time and recently, I’ve noticed a surge in the amount of people calling to get off of weed. Just weed. I actually had to take the phrase “just weed” out of my vocabulary in order to properly converse with a person whose life has been destroyed by marijuana. Marijuana is stronger than ever before and it seems that THC in high doses is actually proving to be addictive. As far as the “gateway” effects of marijuana, I don’t believe that a person who smokes weed will eventually go onto other drugs because they want a stronger high. That was the argument back in the day and still to this day. Some people say that once a person tries marijuana, they’ll want a stronger high after a while, so they’ll seek out other drugs to get that high they’re looking for. I personally don’t believe that’s true.

I do believe that marijuana is a gateway to other drugs, situationally. What I mean by situationally is, imagine a kid. He hangs out with his friends and has fun with them, but at the same time, he starts hanging out with another group of kids. They’re a little “edgy” and different than his usual group of friends, so he enjoys hanging out with them because they’re “interesting.” They hang out and smoke weed. The kid gets stoned and enjoys laughing at nothing and getting the munchies. And to him, that’s all well and good for a while. But when people hang out and do drugs together (and yes, marijuana is a drug), other people who do drugs will hang out with that group. One day, that same kid is hanging out with his friends, smoking weed, and another guy shows up to hang out. But this guy has painkillers and asks if anyone wants some. The kid, having his judgement skewed and his inhibitions lowered says “I’ll take one,” and that’s really all it takes. So now this same kid now smokes pot and takes Vicodin. Then another day while they’re all hanging out, someone else shows up who has meth and, having his inhibitions even lower while taking a mix of marijuana and Vicodin and having already violated his personal ethics regarding not doing drugs, the kid makes another bad decision and tries meth. And that’s really all it takes for marijuana to be a “gateway drug.”

My opinion here is that marijuana is a “situational gateway drug.” This means that while a person is smoking weed, they’re hanging out with other people who use drugs. And while people are hanging out and getting high, other people eventually show up on the scene with different drugs and a person can become more likely to try other drugs offered to them.

Either way, you look at it, a drug is a drug. I think we need to stop arguing about whether or not marijuana is a “gateway drug” because the fact the matter is, it’s a drug! End of story! People shouldn’t be using drugs but unfortunately, people do and people use drugs every day. The answer here is education and prevention. The more people who can be educated on drugs will hopefully prevent them from ever trying them and lower the addiction rates in this country. At least with proper education, people can make a more educated decision before trying that first joint, pill, or snorting that first line. 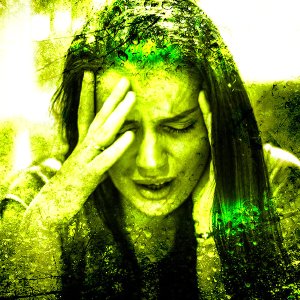 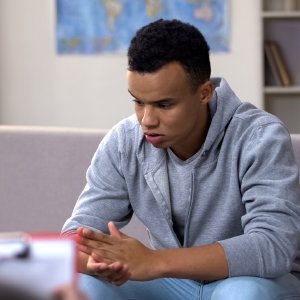