Kratom is a mind-altering substance that has bounced on and off the radar for the last decade. Occasionally, we’ll hear news blurbs about this drug, a story here and there of someone who died from using it. But the substance is still legal, and there is even a strong advocacy movement to keep it legal.

Yet, for the most part, years go by and kratom remains a more or less unreported drug.

However, recent stories from U.S. News revealed that about 90 people have died from kratom use or from kratom-related issues. Ninety people? The last time I checked, there were barely more than a dozen deaths that were even linked to kratom.

What’s the story behind kratom? Where did the 90 deaths come from? And why is kratom not yet a schedule I drug?

Concerning Research Surfaces on an “Under the Radar” Drug

U.S. News highlighted the rising death toll from kratom use. That article also indicated new research on kratom’s harmful influence on the body. According to the data, kratom can cause severe liver damage.

But first, what is kratom? Kratom is a plant-based drug made from the kratom tree, or “Mitragyna speciosa,” a unique species found in Southeast Asia. When taken in high doses, kratom has an opiate-like effect.

Since the beginning of the opioid epidemic, the use of kratom in the United States has gone up. And even though 90 people have died as a result of using kratom (sometimes while using it in conjunction with other substances), the drug is still legal. And now there have been at least eight reported cases of severe liver damage as a direct result of kratom use. Yet even with the new evidence of kratom’s potentially harmful effects, the substance is still legal and technically defined as a “dietary supplement.”

Quoting the U.S. News report, “A team led by Dr. Victor Navarro, head of gastroenterology at Albert Einstein Healthcare Network in Philadelphia, looked at 404 cases of liver damage from dietary supplements. Eight of the cases, which occurred between 2007 and 2017, were tied to kratom.”

Dr. Navarro’s findings are very recent, which is why they are still considered “preliminary.” His research is not yet peer-reviewed. However, the doctor did present his findings at a meeting of the American Association for the Study of Liver Diseases.

Looking to the future, it would seem as though the new findings of liver damage and the 90 deaths connected to kratom are yet further evidence of why kratom should not be legal, should not be sold over the counter, and should not be classified as a dietary supplement.

Calls to Poison Control Centers on the Rise

The U.S. News-reported study from the Albert Einstein Healthcare Network is by far not the only source of data we have on kratom. According to an article published on WebMD, poison control centers across the U.S. have issued strong warnings regarding the substance.

Those poison centers report that kratom use is tied to seizures, hallucinations, agitation, withdrawals, rapid heart rate, etc. Poison control centers have received more than 2,300 calls related to kratom between 2011 and 2018. That means about one person calls a poison control center for an adverse reaction to kratom every day.

The increase in kratom use (and the harmful effects that go along with such use) is increasing. In 2011, U.S. poison control centers only received 18 calls related to kratom. In 2018, they received 357 such calls.

Even if people who use kratom avoid the harmful side effects of the drug, they may still be adversely affected by the substance due to a salmonella outbreak last year. According to the FDA, many kratom cases regarding severe illness in several states were indeed confirmed as salmonella cases. And what’s more, kratom products contaminated with salmonella may still be available for purchase today.

“The U.S. Drug Enforcement Administration (DEA) issued a notice of intent to temporarily classify the two psychoactive chemicals contained in the plant kratom (mitragynine and 7-hydroxymitragynine) as schedule I drugs…”

Because of the salmonella outbreak and the many other concerning factors connected to kratom, both the FDA and the DEA are considering a policy that would make kratom more challenging to come by. Quoting the National Center for Complementary and Integrative Health, “The U.S. Drug Enforcement Administration (DEA) issued a notice of intent to temporarily classify the two psychoactive chemicals contained in the plant kratom (mitragynine and 7-hydroxymitragynine) as schedule I drugs—drugs that have a high potential for abuse and the potential to create severe psychological and/or physical dependence.”

Getting Your Loved Ones Help

There are a number of discussions right now about outlawing kratom. The FDA has been deliberating on this for some time. And there indeed might be some sense in banning kratom, given the evidence to its adverse effects.

However, outlawing kratom won’t be nearly enough. Simply labeling drugs as “illegal” has never solved a drug problem for us, so there’s no reason to suspect that it’ll work with kratom. Will the usage of the substance go down somewhat? Maybe. Will the usage of kratom disappear? Definitely not. That’s why we have to do more than just make the substance illegal.

We also have to educate and inform ourselves and others on the truth about kratom. It’s unlikely that someone trying to sell kratom to our kids is going to tell our kids that the drug can cause liver damage, heart problems, seizures, and even death. That’s why we have to spread the word about the drug. That’s why we have to raise awareness of the potential harm that goes along with using kratom.

For those who find themselves compulsively using kratom, unable to stop doing so, they need the help of a long-term, residential drug treatment center. If you know someone who is using kratom, regardless of their reasonings and excuses for doing so, make sure they get help. 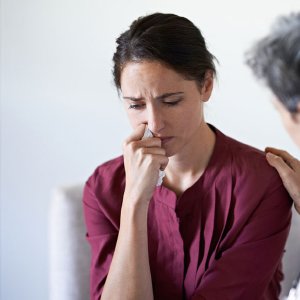 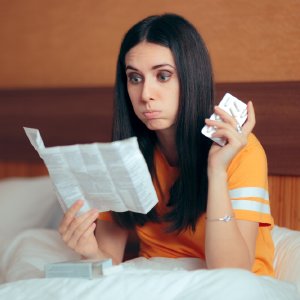