And sure, we know that’s not the answer you wanted, and the “yes and no” answer to the question, “Is drug abuse hereditary?” might be why this subject is debated so much. But it really is a yes and no answer. And this article will explain why.

Can Addiction be Passed Down?

Can addiction be passed down from one person to the next? In a sense, it can, but this is not the only factor involved. We can't forget that men and women are fully in charge of their own lives, and to become an alcoholic or a drug addict solely because one’s parent or parents were addicts is a little far-fetched. A young man or woman who’s mom or dad had an addiction problem is hardly any more likely to have an addiction than someone who grew up with sober parents.

The Circumstantial Effects of Growing Up with Addicts

While it is unfair and untruthful to say that addiction is “completely hereditary,” we can’t ignore the effect it seems to have on a son or daughter to grow up with a parent who is addicted to drugs or alcohol. According to the National Association for Children of Alcoholics, children of addicted parents are the highest-risk children group for becoming alcohol or drug abusers later on in life. While estimates vary, most research agrees that children of alcoholics and drug addicts are four times as likely to develop a drug problem or a drinking problem later on in life.

But this is not genes at work here, or some other, hereditary factor. This is what happens when one grows up with an addict. A son or daughter who is raised by an addict will have some of those traits rub off on them, whether they like it or not. The environmental circumstances more so than genes, of growing up amongst addiction are to blame for addiction being “passed down” parent to child.

What Parents (and Children) can Do

Any effort at discovery or research that does not strive for a solution should be left alone. We don’t have time for that. When addicts say they are addicts because their parents were addicts, if it doesn’t prompt change and recovery, it is a waste of energy. Rather, we should be far more focused on solutions to the drug epidemic, a crippling emergency that has more than twenty-five million Americans hooked.

Parents and children alike can make positive change by insisting on sobriety, abstinence, and drug-free households. In doing so, they can educate each other about the risks involved in drug abuse, offer support and solace when needed, and act as support networks for each other.

If addiction does touch down in a family, rehabilitation has to be the required method for addressing that problem. An inpatient approach at a residential drug treatment center is the only way to really get a handle on a drug problem. And it’s important to address and reduce this problem too before it spreads to other family members.

Just because one’s parents might have abused drugs or alcohol, this does not necessarily mean that one will grow up to be an addict. But there is an incessant and constant risk and danger that is brought into a family when drug abuse becomes a regular factor. It has to be prevented, and if the problem becomes a reality regardless, rehabilitation is a must.

When It Comes to Addiction, the Words We Say, Matter

Words have power; they can inspire and heal, or they can hurt and destroy, so let's chose our words wisely. 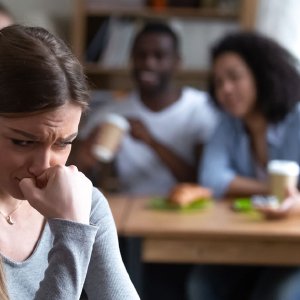 For some people, returning to their usual environments after completing rehab can be a serious mistake. A change of environment can be just the therapy some people need to succeed in their new sober lives. 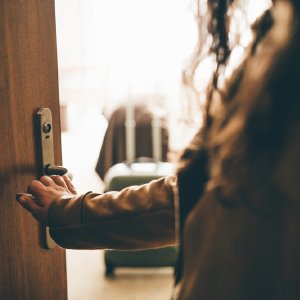