Some Parents Enable Drug Abuse Instead of Oppose it

That is a very sad statement. But more and more, I find evidence that it is true.

One might just hope that our high numbers of drug-abusing teens are just due to parents not knowing exactly how to approach the subject with their kids. Or maybe they will talk to their kids about a few drugs and omit others.

But all too often, parents are actively involved in their children’s drug abuse.

Take the recent news report from major media on pop singer Justin Bieber. He’s had a couple of run-ins with the law lately, one in Miami because he and another guy were drag racing on the street. A drug test showed Bieber had recently abused marijuana and alprazolam—the primary ingredient in Xanax. According to the Mercury News, Bieber told police that he got the alprazolam from his mother. He said he takes whatever anti-anxiety pills his mother gives him.

It’s all too easy to find news reports like this one that state that one in five drug abusers got their first taste of illegal substances from their parents: http://abcnews.go.com/Health/story?id=118024

I have a friend who tells me that when he was a teen, he used to smoke pot with his mother, and I know of a graduate of our program who, while she was still addicted, shared a pill of opiate painkiller Opana with her mother. While the young woman was out, her mother died of an overdose. Fortunately, the young woman’s father got her into the Narconon program where she was able to learn to live a much more honest and productive life.

With the growing distribution of marijuana in our country, it becomes even more vital that parents get involved in educating their children about drug abuse. But the first step in that education is setting a good example. If a parent has a desire for his (or her) children to grow up strong and sober, he is going to have to live that way himself.

It’s not uncommon for some people to clean themselves up, which means they stop drinking or using drugs when they become parents. The unconditional love a parent has for a child is often a spur to overcoming this problem.

But then some people are so trapped in an addiction to drugs or alcohol that they can’t overcome it by themselves.

In so many cases, when someone needs help overcoming an addiction, it is the family who helps a person arrive at rehab. If you know a parent who is abusing drugs or alcohol, you can help their children grow up strong and sober by getting that parent into rehab.

How many children will learn the advantages of staying sober if they don’t see it at home? Very few will be able to think all the way through this bad example to decide that drugs are harmful. It’s more likely that the child will simply think that this is the way people live.

If you know someone who is addicted, please call us and let us help before children get the wrong impression. It may be more than just your addicted loved one who gets saved – you may also be saving any children in that home.

The Effects on Children of Parent’s Who are Addicted

Drug abuse is a devastating problem, tearing apart lives and changing users into people they don’t even recognize. 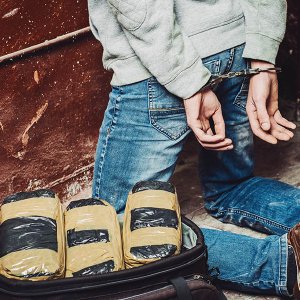