How to Relieve Pain and Not Get Addicted to Painkillers

According to research, approximately one-hundred million Americans suffer from some form of regular, recurring pain problem. That is almost one-third of the entire population of the United States. While the number of Americans who suffer from pain has not changed much since the late 1990s, our method of addressing pain has changed much since then. In the last twenty years, we have become a country that “solves” pain by using opioid pharmaceutical pain reliever drugs. This is unfortunate when there exist many alternative methods of pain relief that would serve us better.

We use opioid painkiller drugs to remediate various symptoms of pain, carelessly popping painkillers with no thought for the addiction potential that these drugs have. As a result, we are now a nation that comprises five percent of the world population yet which consumes eighty percent of the world’s supply of pharmaceuticals every year. This has resulted in more than twelve million Americans addicted to opioid painkillers and more than five-hundred thousand who have died from such “miracle medicines” since the turn of the century.

No one should have to take opioid painkillers unless they are in a hospital or are in recovery from a serious surgery or major accident. Yes, there are very certain, very specific cases where opioid painkiller medicines are appropriate, but they are highly overused in society. In the vast majority of cases, patients could easily get relief with one or more of the above natural remedies or some other natural approach.

Opioid painkillers generally cause more damage than they cause relief. Patients should steer clear of them as much as possible, and doctors should only prescribe them when absolutely necessary.

Can We Support Our Way Through the Opioid Problem?

The United States is in the midst of a pretty terrible health crisis, and it’s not what most people might think of when they think of a “health crisis.” In the morass of cancers, smoking, obesity, diabetes, ALS, Autism, and all of the other 21st-century health problems that are highly relevant, there is yet another health issue that is potentially more dangerous than all of the above health problems. 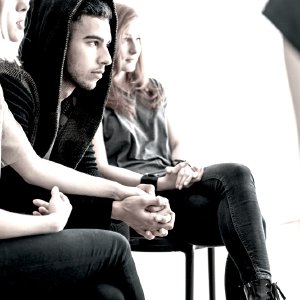