Newtown, Ohio, Police Chief Tom Synan launched the Hamilton County Addiction Response Coalition in 2014. As the program integrated into the local community, residents began to see that this was a new, unique, and successful way of tackling addiction. And soon after, positive results began to emerge. For example, overdoses in Hamilton County have been declining since 2017, even though it was once one of the hardest hit counties in Ohio, and even as other Ohio counties continue to get worse.

Today, Synan’s efforts have attracted national media attention, as the Hamilton County Addiction Response Coalition may have created a blueprint that other countries can replicate. Could Synan’s passionate appeal for law enforcement to change how it addresses drug abuse be the beginning of a new approach to policing in America?

“My tools before the coalition to deal with addiction was handcuffs, a gun, a Taser and jail. Those didn’t help an entire family. So, we have to think of something different. I think from a law enforcement perspective, we had to say we can’t do this all on our own.
We need help.”

According to Synan, “My tools before the coalition to deal with addiction was handcuffs, a gun, a Taser and jail. Those didn’t help an entire family. So, we have to think of something different. I think from a law enforcement perspective, we had to say we can’t do this all on our own. We need help. We can be the link because we’re the ones out there 24 hours a day; let us be the link to the other services… But don’t look at us to solve it. Law enforcement will not solve addiction, mental health, race, or cultural issues. We don’t have the longevity, the resources and ability, skill set and knowledge to do that. We can be a link to doing things differently, to connect those issues to longer-term services that can work on chronic conditions.” If other law enforcement departments shared Synan’s views, America would likely become a country that prioritizes treatment for addicts, not punishment and incarceration.

Located online, Chief Tom Synan’s law enforcement biography is brief, as such professional statements usually are. However, a passing reader may notice something unique about Synan’s bio. The largest paragraph is dedicated to Synan’s work addressing the opioid epidemic, not something one ordinarily sees in a law enforcement biography. Quoting his bio, “Synan’s tenure as Chief has been marked by a strong commitment to address the opioid epidemic. He leads the Hamilton County Heroin Coalition and created a strategic action plan that directs resources to treatment, preventive education, naloxone training for officers, and access to methadone.” Immediately, one understands that Synan has committed to empowering law enforcement departments to help addicts get better, not arrest and jail them.

Synan’s philosophy is simple enough. “We all face the same issues, maybe a little bit different, maybe a different person, maybe it’s a different addiction, maybe it’s a different mental health issue, but we all deal with these hard parts of life, these struggles in life—and often, they’re chronic. We deal with these long-term issues that don’t have a simple answer. They’re all complex, because we’re human beings,” he says. Based on that philosophy, Synan founded Hamilton County Addiction Response Coalition, a community program with the mission of utilizing law enforcement to connect drug users with treatment, prevention, harm reduction, and medical services. The coalition of community leaders who run the program describes themselves as “an action team who connect people to the right resources and right treatments.”

Because Hamilton County now approaches addiction as a health problem, not a criminal inclination, addicts are more willing to come forward and seek help. Further, interactions between law enforcement and addicts end in the addict being guided into a treatment program, not a jail cell. That has led to a drop in overdoses in Hamilton County between 2017 and 2020, even as other counties throughout Ohio continue to see overdoses spike.

According to the Centers for Disease Control and Prevention, Ohio has been one of the states hardest hit by the opioid epidemic, with only Florida and California recording more total drug-related deaths than Ohio (and those states have much larger populations). Every year, Ohio records over 5,000 deaths connected to drug overdoses.

The situation is just as bad when measured on a per capita basis. Only three states, West Virginia, Kentucky, and Delaware have higher per capita death rates from drug overdoses than Ohio. Ohio loses about 47 people to drug overdoses for every 100,000 people living there.

A report from the Ohio Department of Health shows how overdoses peaked in Ohio in 2017, then fell in 2018, then rose again in 2019, 2020, and 2021, far eclipsing the record-breaking death tolls recorded in 2017. And yet, despite those figures, Hamilton County was still one of the few counties in Ohio that managed to keep its overdose figures relatively low. That would suggest there's something to be said for shifting the public focus and the law enforcement response regarding addiction from criminalization, penalization, and punishment to one of help, treatment, and firm compassion.

Only in recent months has the success of the Hamilton County Addiction Response Coalition caught the eye of national media organizations like Now This News, which created a short video newsreel of the program’s success and Synan’s involvement.

But these program work. According to Hamilton County Addiction Response Coalition’s annual report published in 2022, overdoses in Hamilton County fell in 2021, even as 2021 recorded record-breaking death rates across almost all Ohio counties.

Programs like the Hamilton County Addiction Response Coalition need to be replicated on a national level to shift the country more towards treatment for addicts and not criminalization and punishment. And police officers who feel that drug abuse and addiction are a health crisis and not a criminal inclination should take up leadership roles, as Chief Tom Synan has, to advocate for a different way of addressing drug addiction in America.

A recent analysis of drug overdose deaths shows a shocking increase in the number of older American women who are lost to overdoses of prescription opioids or even heroin and fentanyl. It’s vital to understand how this happens so these losses can be prevented.

Tools for Preventing Drug Use in One’s Community

The subject of drug and alcohol abuse is one that we don’t like to talk about much, probably because it always feels like the “Unsolvable Problem“ of human nature. Case in point, there is the general datum that just about everyone knows that they shouldn’t use drugs and misuse alcohol, yet millions of Americans still do so. Why is this? 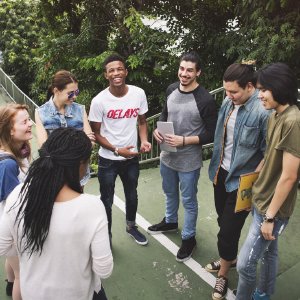