It is certainly no secret that America suffers from its highest-ever level of dependence on prescription and illicit opioids. Nor is it any secret that each year we are losing tens of thousands of family members, friends and neighbors to drug overdoses and that the majority of these deaths are due to legal or illegal opioids. To solve the problem, it’s important that we have some idea of the correct scale of the problem. Do we actually know how many people are misusing or addicted to these drugs?

According to official surveys, it’s estimated that 2.6 million people are addicted to opioids, either painkillers like oxycodone or hydrocodone or illicit drugs like heroin or illicitly-manufactured fentanyl.

But in a 2015 report titled The Prescription Opioid and Heroin Crisis: A Public Health Approach to an Epidemic of Addiction, Dr. Andrew Kolodny and his co-authors looked at the number of Americans that would be dependent or addicted to opioids if you also analyzed the number of chronic pain patients on steady doses of opioid pain relievers.

According to their report, there are ten million people on daily doses of opioid painkillers. Of course, only a minority of these people would be considered addicted to their medications. As a result of their analysis, the authors calculated that one in four met the scientific criteria of addiction. That would add another 2.5 million to the number of addicted Americans. Therefore, Dr. Kolodny and his co-authors state: “…the total number of Americans suffering from opioid addiction may exceed 5 million.”

This is a very different look at the problem than estimating that 2.6 million are addicted. It means that the methods of addressing this problem and the solutions offered must be at a greater scale to be effective.

Who is Dr. Andrew Kolodny?

And why should we listen to him?

Dr. Kolodny long served as the Chief Medical Officer of Phoenix House, a national chain of drug rehabilitation centers. He is currently is the Co-Director of Opioid Policy Research at the Heller School for Social Policy and Management. As such, he focuses mainly on the opioid crisis devastating families and communities across the country. He is also the executive director of Physicians for Responsible Opioid Prescribing (PROP), a non-profit group that states the following mission:

PROP’s mission is to reduce opioid-related morbidity and mortality by promoting cautious and responsible prescribing practices.

In my opinion, Dr. Kolodny knows what he is talking about. He was the first person I ever heard deliver this message:

“When we talk about opioid pain medicines, we are essentially talking about heroin pills.”

I’ve seen no one else state such a frank opinion of these drugs that are handed out so freely to quell pain.

Where Do We Get Figures on the Number of Addicted?

Every year, the Substance Abuse and Mental Health Administration completes a new National Survey on Drug Use and Health (NSDUH). Nearly 70,000 Americans aged 12 or older are asked about smoking, drinking, drug use and mental health symptoms. Survey administrators try to distribute these surveys proportionally across ages, ethnic background and other criteria so there’s a reasonably accurate representation of the American public. This is the survey used to calculate the number of opioid-dependent Americans, or the number addicted to marijuana, alcohol or other drugs.

The survey doesn’t ask survey respondents if they are alcoholics or drug addicts but it asks questions like these:

These questions allow the surveyors to gauge whether or not the person filling in the survey is dependent or addicted to these substances, whether that individual knows they are or not.

My concern has always been “Who would ever answer all these questions honestly?” Despite assurances of the confidentiality of answers, if you had used one of these drugs in a moment of weakness and you were sincerely ashamed of this lapse and wished to hide it even from yourself, what are the chances you would honestly answer? If you were in serious denial about the effects of your drug or alcohol abuse, would you honestly recognize the problems being created by your drug use?

There’s one more possibility. And that is that some people using opioids for pain may not even realize that they are addicted. But they depend on this drug for more than just pain relief. They might keep on using an opioid even though their lives are damaged by this drug. Even though their relationships suffer. Even though their mental abilities are harmed. Even though it has perhaps become difficult to obtain the drugs. (To read the official criteria of addiction, click here.)

I’ve always worried about the accuracy of the NSDUH but it is the best national index we have. If you assume that people are probably equally honest from one year to the next, we at least have an index of increases and decreases.

But a deeper look at our national problem with opioids and the number of people who need help for this problem is vital if we are to correctly plan an effective solution. If more professionals would grasp Dr. Kolodny’s logic, we would have a better estimate of this threat to our nation. 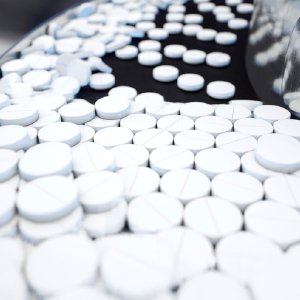