Easter Sunday this year fell on April 20th, the day infamous as 4/20, when marijuana advocates around the United States stage protests and rallies in the form of smoke-outs, gathering in public places en masse to smoke pot. The goal of such events is to make weed more popular and mainstream, and thereby to contribute to the widespread push to get cannabis legalized for medicinal and recreational use in the U.S. This movement has made significant headway in recent years, with around half of all the States having voted to legalize medical marijuana, and many more moving to decriminalize it so that anyone caught with a small amount of the drug will only be given a citation similar to a traffic ticket.

More recently, the states of Washington and Colorado voted in November 2012 to legalize recreational marijuana, so that adults over 21 can use the drug under essentially the same circumstances as they would alcohol. Is America on the road to broadly legalizing marijuana on the state and federal level? Will pot be released from the pen of the illicit and illegal drugs and into the common and widespread use? It would appear that things are moving in that direction, and this trend is cause for alarm to anyone who truly understands the dangers of using marijuana.

One group that is taking positive action to stem the tide of marijuana in this country is Narconon. Best known as a drug rehab program with addiction treatment centers located around the world, Narconon is also actively engaged in the field of drug prevention education. With educational literature and pamphlets passed out on the street, online and audiovisual properties, and in-person classroom lectures to school children across the nation, Narconon works to raise the public awareness of the dangers of drug use and to reduce the rates of drug abuse and addiction among young people. As an example of how effective these programs are, consider the fact that when students respond to the surveys passed out following the lecture programs, many report that they have changed their minds based on what they have learned and now will not use drugs or will quit.

The Narconon drug education programs target common misconceptions, such as the myths that marijuana is safe because it is “just an herb,” that pot is not addictive, or that using weed won’t have a negative effect on other areas of one’s life. Students who attend these lectures walk away with the understanding that marijuana is a drug just like any other drug and they recognize that smoking pot will get directly in the way of them achieving their goals in life.

Speaking about the increasing public acceptance of marijuana, one Narconon drug education specialist warned us that we might before long have to confront the prospect of cannabis being easily found in the most common places: “It seems many parents in this country may soon wake up to businesses growing or distributing marijuana from neighborhood backyards.” He went on to address what he considers to be one of the major reasons that young people are coming to think of marijuana as being safe. “Many youths become confused since marijuana is promoted as “medical” in some states and legal for adults in others. It’s no wonder that some kids would start thinking that there’s no harm in smoking pot.” Regardless of this growing misconception, marijuana is still a drug, one which can have serious negative effects on a person’s life. Narconon is working to make sure that as many people as possible understand this fact and do not fall into the trap of substance abuse and addiction.

When my parents and grandparents were growing up, there were only a couple of drugs readily available: alcohol and tobacco. Some people slipped into alcoholism and others may have ruined their health by smoking too much and too long. 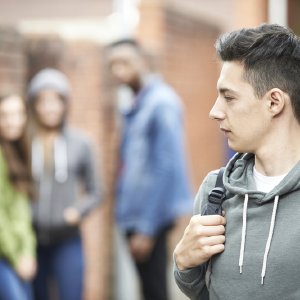 A healthy lifestyle is always preferred over an unhealthy one. As we go through life, we try to be as healthy as we can. Those intentions are, of course, strongly affected by a wide variety of factors. These include socioeconomic condition, genetic endowment, upbringing, geographic location, peer environment, available resources, etc. Still, we do the best that we can with the resources available.