I started using drugs when I was 15 after I lost my grandfather. It began with smoking weed with one of my boyfriends and turned into an everyday thing. I did any drug that I could find, crack, meth, cocaine. I was drinking a lot too. My mom didn’t know what to do with me so she kicked me out of the house, hoping that I would come to my senses.

I moved in with a friend and her mom. They were trying to help me, but this is when I really went downhill. I was sneaking prescription pain pills of hydrocodone from the mom. I tried smoking spice during this time. This was the most terrifying high I had ever had. I thought I was going to die, but this didn’t stop me. I did it a few more times.

I lived with my father for a while, but still couldn’t stop using. My drug abuse continued for 6 years in 4 different states. My mother kept communicating with me and trying to help me, but I didn’t pay attention.

I was homeless for a while. I would ask people to help me find things to eat. This is when I hit rock bottom.

“What kind of mother would I be if I just let you die on the street?”

At one point I was so high I didn’t know I had been missing for 3 days. My mother put out signs, trying to find me. Someone at a convenience store told me he saw me on one of those signs. He called my mother and she met me at the store. She asked, “What kind of mother would I be if I just let you die on the street?” She was crying. Without discussion, she got me in the car and took me to Narconon. She saved my life by doing that.

My experience was a little rough in the beginning, but the staff continued to work with me, and I started feeling better. The withdrawal process helped me to get extroverted and more in the present.

The New Life Detoxification was amazing and a lot of interesting and good things happened. I sweated out acid, and as it was coming out, I could feel the effects of the drug again. After the acid came out I felt a million times better. As I continued I got better and better. At one point when I was walking outside, I saw a pine tree and realized that I could smell it. For years I had not been able to smell. I didn’t realize until that point how messed up my senses had been.

The Objectives exercises were fun. They helped bring me out of the past. It took a while for me to stop regretting the things that I did and to let them go. But I was able to and I could be in the present. Objectives got me to the point where I could finally face what I had done. I could be in the present and still confront what I had done in the past. Every day was a win and I realized more how things work in the physical universe.

I continued with the life skills courses after that.

Through the Overcoming Ups and Downs in Life Course I recognized that there had been people in my life that shouldn’t have been there—they were a negative influence. I became aware of how people behave. I can now recognize when someone doesn’t have my best interests at heart. They might not show it, but I have become aware of how to recognize them. I still use that information when picking my friends and acquaintances.

The Personal Values Course was one of the most helpful courses in the entire program. It helped me to release all the regret and bad feelings about all that I had done. I was able to move forward in life without regrets holding me down. I could physically feel the weight lift off my shoulders when I completed that course. I felt so light—like I could almost fly.

After getting rid of the negative energy from the past, I felt like I was able to do something about all the wrong I had done. The Changing Conditions in Life Course helped me. I realized I had not been true to myself and had been in groups that were bad for me. I could right all the wrong I had done to people. I made plans for how I could make things up to my mother, and I completed my plans when I got home. I repaired relationships by taking responsibility for what I had done. I continue to use formulas I learned on this course, often without thinking, it just comes naturally. I will come up with a solution for something and realize that it is actually one of the formulas I learned.

Today I am in a healthy relationship, have a wonderful living environment, and a new baby. Above all else, I am sober and happy and have been for 4 years. The future looks bright from where I am standing!

This is an amazing program. It took me from being homeless and addicted to having a home, a beautiful family, and a bright future. It’s like hitting rock bottom and climbing a mountain to the top.

If I hadn’t gone, I would have died in the street somewhere. I owe my life to this program.

What Works in Ensuring Long-Term Recovery?

For anyone who has a family member or loved one who is addicted or is in recovery, the big question is this. “How can we guarantee long-term recovery?” We know how dangerous relapses are. We know about the ever-present risk of an overdose. We know that addiction is a life or death matter. 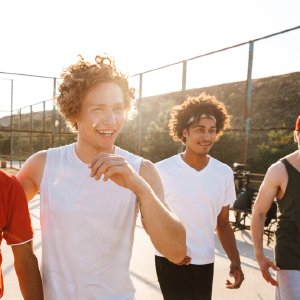 How a Recovering Addict Can Use Decision-Making, Life Skills, Personal Ethics, and Other Tools for Staying Sober

Life in recovery can sometimes be difficult and challenging. But the struggles of life in general are why recovering addicts need to have the tools for staying sober. 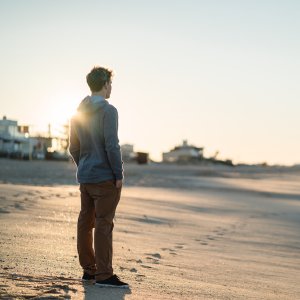