Fatal overdoses continually make headlines as the leading injury concern connected to drug abuse. While fatal overdoses are certainly the most serious effect of drug addiction, they are not the only effect. Another problem has evolved, one having to do with opioid-induced cardiovascular infections and diseases. Sadly, many of these diseases are becoming fatal, adding to the serious danger and societal harm created by drug addiction.

What the Findings Show

Researchers with Columbia University’s division of cardiology in New York City recently published a report that showed an alarming increase in young adults dying from a devastating infection of the heart called endocarditis. Endocarditis is an infection of the heart that results from a person’s heart valves and heart chambers—called the endocardium—becoming infected with germs and bacteria. Such germs and bacteria can enter the bloodstream via intravenous drug use, leading to serious health complications and the need for open heart surgery if not treated rapidly.

According to the findings, endocarditis deaths among young people have more than tripled in the last twenty years.

“We found that people who inject drugs comprise a bigger percentage of the deaths from infective endocarditis, compared to 20 years ago. This is more notable among the younger population.”

The report identifies intravenous drug use as the leading cause of the increase in fatal heart infections, proving that drug overdoses are not the only way Americans are dying from drug abuse. The senior researcher, Dr. Polydoros Kampaktsis, an assistant professor at Columbia University, spoke to this point. “We found that people who inject drugs comprise a bigger percentage of the deaths from infective endocarditis, compared to 20 years ago. This is more notable among the younger population. Intravenous injection can introduce bacteria directly to the blood circulation. Bacteria can be present in the skin or the needle. Once the needle enters the vein, it allows bacteria to enter the circulation and travel to the heart.” To make matters worse, endocarditis treatment options are extremely limited, typically involving heavy doses of antibiotics. Further, if the condition is not treated quickly, the odds of survival diminish.[2]

Why are young people dying from a relatively uncommon heart infection at a rate 300% higher than in 1999 while the rest of the population is experiencing fewer deaths from that same heart infection? The researchers concluded that young people between the ages of 15 and 44 are now more likely to inject opioid drugs than in previous years, which is why endocarditis deaths are increasing within this age group.

In 1999, young people represented fewer than 7% of all endocarditis deaths. Today they represent more than 10%, which aligns with the statistic that opioid users made up three times greater the share of endocarditis fatalities in 2020 than in 1999. Further, when just the younger Americans who died from endocarditis are examined, intravenous drug use was present in 20% of all endocarditis-related deaths in this age group, up from 10% in 1999.

The researchers expressed concern that the spike in youth endocarditis deaths witnessed in 2020 and 2021 is likely only the beginning, a dire warning for public health officials as endocarditis is difficult to treat and even more difficult to cure. According to Dr. Georgios Syros, director of arrhythmia services at Mount Sinai Queens in New York City, “You can have strokes. You can have leaking valves. You may have to do open-heart surgery to replace those valves. It’s devastating. I think we’re going to have a surge in the years to come, following the increase in people taking opiates during COVID. I believe there will be a wave of infective endocarditis affecting the young in the years after the pandemic. It’s going to go up.”

What to Take Away from the Findings

While any news of rising cases of premature deaths is reason to mourn, there is a good lesson to be learned in how, even if an addict avoids an overdose, they may still perish due to major organ failure (in this case, heart failure) caused by opioid misuse. These findings act as yet another incentive for family members of addicts to get their loved ones help as soon as possible.

Drug abuse in the 21st century is extremely toxic and dangerous, even if one takes every precaution to avoid an overdose. If someone you know is using drugs and cannot stop, help them find and enter a drug rehab center as soon as possible. Please don’t wait until it is too late.

Marijuana and Hallucinogen Use Reach All-Time High Among Young Adults

Monitoring substance abuse trends among young people provides a clear view of developing drug problems nationwide. Recent studies in this area suggest that certain types of drug use are now the highest they’ve ever been for young people, painting a dire picture of what the future may look like unless these trends are curbed. 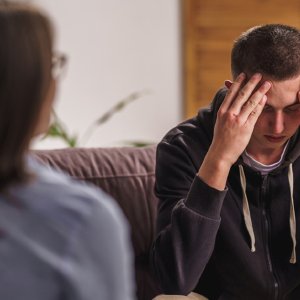 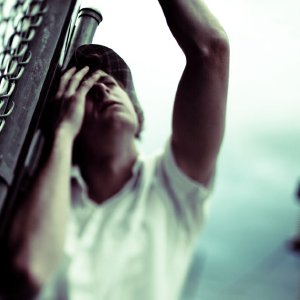