The year 2020 was, according to recently published CDC data, the worst year for drug overdose fatalities since recording began. Several factors contributed to this, such as a rise in the abuse of highly potent synthetic opioids like fentanyl and the extreme challenges of the COVID-19 pandemic.

With tens of thousands of Americans dying from overdoses and drug abuse now being one of the leading causes of preventable death in America, it couldn’t be more clear that those who are addicted to drugs must seek treatment. As the evidence shows, not seeking treatment and continuing to use drugs puts addicts at high risk of dying from overdoses.

The figures are in from the Centers for Disease Control and Prevention and their National Vital Statistics System. According to the data, in the 12 months ending in December 2020, there were at least 92,183 deaths reported from drug overdoses. By the time all of the reports come in, the CDC anticipates that the finalized total will be closer to 93,331. If those predictions are true, that second number represents an almost 30% increase from the overdose deaths reported in 2019.

“This is the highest number of overdose deaths ever recorded in
a 12-month period, and the largest increase since at least 1999.”

The fact that drug overdoses surged to over 90,000 shocked the American people at large, including even the public health experts who were already expecting an increase. According to Dr. Nora Volkow, the Director of the National Institute on Drug Abuse, “This is the highest number of overdose deaths ever recorded in a 12-month period, and the largest increase since at least 1999. This has been an incredibly uncertain and stressful time for many people, and we are seeing an increase in drug consumption, difficulty in accessing lifesaving treatments for substance use disorders, and a tragic rise in overdose deaths. It’s urgent for governments and agencies to widen access to treatment for people who are suffering from substance use disorders.” A rising drug problem combined with the COVID-19 pandemic seems to have created this dire crisis of skyrocketing overdose deaths.

Not all states experienced surges in overdoses equally. According to the CDC’s graphing of each state’s fatality rate compared to 2019’s fatality rate, Vermont, Kentucky, South Carolina, West Virginia, Louisiana, California, Tennessee, Nebraska, Arkansas, and Virginia were hit the hardest, with each of these states experiencing more than 40% surges in total drug overdose deaths.

Another factor to consider is the average age of people dying from drug overdoses. For the most part, these are not older adults. According to the data, people between the ages of 35 and 44 account for the highest number of deaths. That means the overdose crisis is causing a massive loss in years of potential life (effectively dropping the average U.S. life expectancy).

It’s important to examine what type of drugs are causing such a critical surge in deaths. According to the data, the growing prevalence of lethal fentanyl in the drug supply was the main contributor to the spike in overdoses. The reports suggest that 69,710 Americans died from opioid overdoses in 2020, almost as many people as died from all drugs in 2019. Furthermore, drug overdose deaths from methamphetamine and cocaine also went up in 2020, often because synthetic opioids like fentanyl were mixed into batches of meth and cocaine.

Fentanyl, a highly potent opioid that is ten times more potent than heroin and 50 times more potent than morphine, has become the most lethal drug in America by sheer numbers alone. Before 2016, more Americans died from heroin than fentanyl. But after 2016, that all changed as fentanyl addiction became more prevalent. Today, fentanyl kills approximately four times as many Americans as heroin does.

The Surge in Overdose Deaths Began Before the Pandemic; It Could Continue After the Pandemic Too

While the Centers for Disease Control and Prevention is publishing dire warnings that more than 80% of drug overdose deaths involve opioids and that high-strength synthetic opioids such as fentanyl are the number one killer, it’s important to recognize that overdose deaths in America are not a new problem.

The purpose of recognizing that overdoses were rising long before the COVID-19 pandemic is not to diminish the serious effects that the pandemic had on those addicted to drugs and alcohol. Rather, the purpose of recognizing America’s long-standing drug overdose crisis is to convey that even after the COVID-19 pandemic recedes, overdoses will continue to soar unless those who are addicted seek treatment.

2021 and 2022 have the potential to be even worse for overdose deaths than 2020 was if those who are addicted do not receive treatment. Drug and alcohol addiction treatment is the safest and most effective way to ensure that someone struggling with addiction does not overdose and die.

If you know someone who is addicted to drugs, or someone who is using mind-altering substances and who cannot stop using them, please do everything you can to ensure they get help. Don’t wait until it is too late. 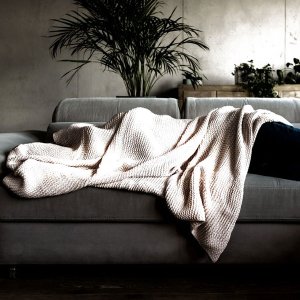 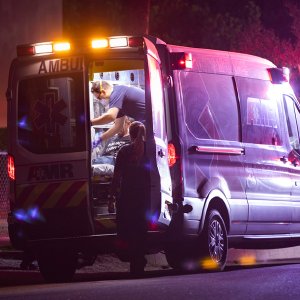