When parents send their children off to college, few of them expect those children to become dependent on prescription drug abuse in order to succeed. After all, the earlier generation didn’t have pharmaceutical aids in such profusion. But on campus after campus across the country, increasing numbers of students are using Ritalin, Concerta and Adderall in an attempt to increase focus and improve their ability to study long hours to complete papers or prepare for tests.

All three drugs are prescribed for those diagnosed with ADHD in both youth and adults. All three are strong stimulants and are associated with side effects such as insomnia, decreased appetite, dizziness, nervousness and other problems. In a few cases, use of ADHD drugs has led to strokes, heart problems or sudden death.

These stimulants are chemically similar to amphetamine and methamphetamine, both highly addictive drugs. Ritalin is often abused and is known to be addictive and Concerta is simply a time-release form of Ritalin. Some authorities claim that Adderall is not physically addictive but the drug is a form of amphetamine, a drug that is abused by millions of addicts around the world.

Study Drugs Broadly Used on Campuses Across the United States

Expos’s, investigative reporting and surveys done on US campuses show that between 6% and 20% of the students are using these drugs to get through their studies, depending on which campus you visit. The US Department of Health and Human Services stated that full-time college students were twice as likely to use one of these drugs such as Adderall, as other young people who were not in college or who were only attending part-time. The same study showed that those abusing Adderall in college were far more likely to be using alcohol and illicit drugs as well.

While occasional use for an all-nighter may not lead to addiction, continuous use or abusing the drug by crushing and snorting easily can. A young person intending to achieve a college degree may instead achieve an addiction that ruins their hopes for a higher education.

It can happen that a student or other young person may find that he (or she) can’t break himself of the habit of relying on a study drug to get through the school year. It also happens that sometimes abuse to get through studies can progress to more dangerous forms of abuse, such as taking higher dosages or crushing the pills and snorting them. Students may find themselves panicky, sleep-deprived, losing weight, jittery or suffering from nausea, stomach pains, fast heartbeat or other odd problems. If they can’t get off these drugs by themselves, they need the support of a good and healthy drug rehab.

At Narconon centers around the world, students come to learn how to break free from addictive study drugs and achieve success soberly. A few months repairing the damage done by these strong stimulants and learning how to make drug-free decisions is well worth the delay in the school schedule.

In Narconon long-term, residential programs, other than those needed for medical conditions on the direction of the doctor, the use of any pharmaceutical aids is avoided. Many other rehabs may diagnose personality disorders they say underlie the problem with drug abuse and prescribe Valium, Librium, Xanax or other drugs, but this is not getting to the root of the problem. An addicted person needs to learn how to succeed and handle situations in life without drugs and that is what is learned at Narconon drug rehabilitation centers.

In a program running eight to ten weeks on average, each person has a chance to improve their skills in dealing directly with the challenges presented by life, doing a thorough detoxification to repair harm to the body done by drugs, and learning better how to set and achieve goals.

Reviews from Narconon graduates show that the result of the program is a bright new outlook on life and an understanding of how to build a better life without drugs. By pursuing sobriety in a residential environment, a student has a chance to fully focus on recovery before returning to the stress and competition of an academic environment.

If you are seeking help for your own dependence on study drugs or if you want to help someone else who needs to break free from addiction, contact Narconon today. 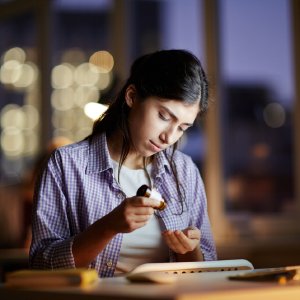 Adderall is a popular study drug amongst college students. Many believe they couldn’t have made it through without it. Although some may not know what they’re getting themselves into, most know the dangers involved and abuse the drugs anyway. 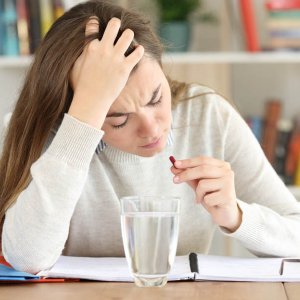