3 Reasons Addicts Lie About Being Sober

On August 25, 2013, CBS Sports carried a report on a recent press conference at which Mike Tyson appeared to promote his latest venture, as a boxing promoter under the label “Iron Mike Productions.” Tyson has enjoyed a career as one of the top athletes and entertainment personalities of the past three decades. He was long recognized as the undisputed heavyweight champion of the world and has translated his boxing success into stardom for most of his adult life.

During the recent press conference, however, Tyson broke down and admitted that things were not going as well as one might imagine. In fact, he stated that he has been on the “verge of dying” as a result of his ongoing struggles with substance abuse. He described himself as being a vicious alcoholic. It was not the first time that Tyson has been in the news in relation to substance abuse. Two days before New Year's Eve in 2006, he was arrested for DUI and felony drug possession after nearly causing a collision with a police car on his way home from a nightclub. At that time, he admitted to the arresting officer that he was an addict, and several months later he pleaded guilty to charges of driving under the influence and possession of cocaine. At that time, he received a lighter sentence in light of the fact that he had checked into rehab, and since then has attempted to persuade the world at large that he has not been struggling with addiction.

Just as is the case with many addicts, Mike Tyson has until recently been trying to convince the rest of us that he is no longer an addict and that things in his world are just fine. Addicts commonly lie about being sober because they don’t want others to recognize the devastation that drugs or alcohol are causing in their lives. Now, hopefully, things for Mr. Tyson have changed. “I’ve been lying to everybody else that think I was sober, but I’m not. This is my sixth day. I’m never gonna use again.”

2. Fear of the Challenges of Rehab

Another reason that drug addicts and alcoholics will often tell lies about being sober is that they think that quitting drugs or alcohol is simply too great a challenge. Some don’t want to commit to taking the time out of their normal lives to go to rehab. Others are anxious about confronting their demons and suddenly having to face the stress and pressures they have been using substance abuse to avoid. In Mike Tyson’s case, he may have been lying about being sober because he was unwilling to step out of the limelight and give up his only source of income in the time it would take to get sober.

In an appearance on The View in 2010, he admitted that he is not living on top of the world financially, but is scrambling to make ends meet from paycheck to paycheck, describing himself as “totally destitute and broke.” Doubtlessly, of course, his financial problems had much to do with his drug and alcohol use. It is easy to see, however, that he might have been anxious about checking into rehab when that would mean giving up opportunities to make money to support his lifestyle and to support his family. Even if he could make it into rehab, Tyson or another addict in his shoes would have to face the problems that led him or her into substance abuse. During a September 5 appearance on Conan, Tyson share that, “I was just very scared about all this stuff, it’s really creepy you know, being sober, not ready to handle this stuff and all those yucky feelings start coming up and you want to kill that pain”

Among the most common reasons that addicts will lie about being sober is that they don’t want to make their loved ones worried about their well-being. Social and familial relationships typically suffer in the presence of addiction, but an addict normally still cares deeply about his or her friends and family. During the interview on The View, Tyson said “I have an awesome wife who cares about me…I’m very grateful. I don’t deserve to have the wife that I have; I don’t deserve the kids that I have, but I do, and I’m very grateful.” At the same time that he shared these warm feelings about his family on national television, Tyson was living a life of addiction that was landing him in costly legal trouble and pushing himself to the brink of disaster.

It very often happens that those close to an addict will not know that anything is wrong, or may not realize the full scope of the problem until it is too late. Fortunately, Mike Tyson has made public his decision to quit substance abuse and turn his life around. During his interview on Conan, Tyson announced that he had made it to 20 days sober, saying “I’m just so happy that I can be truthful with myself. That’s all you have to be, right? Be true to thyself. Shakespearean stuff.” By being truthful with himself and with his loved ones, Tyson has opened the door for himself to get the help he needs, pull himself back from the verge of ruin and get his life back on the right path.

Lies Teens and Young Adults Tell Their Parents about Drugs

It's hard for a parent to know when their child is lying about drinking or using drugs and when they should begin to take action. We shed some light on this subject for parents and caretakers. 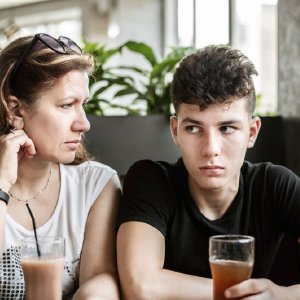