What if Car Crashes Increased at the Same Rate as Drug Overdoses? What Would Public Reaction Be Then?

While drug overdose deaths climbed from 16,800 to more than 70,000 over a 20 year period, was America’s response appropriately strong and determined? If not, why not?

Individuals, community groups and government agencies have watched with some horror as drug overdose rates have skyrocketed over the last couple of decades. As more families have lost loved ones to painkillers, heroin, fentanyl or cocaine, more people have attended rallies, met with their representatives and appeared in the media, asking for more help, more action to curb the crisis.

What kind of increase are they looking at? Since 1999, the number of overdose deaths has increased more than four-fold, from 16,849 to 68,588 in 2018 (this last number may change slightly when all results are in).

What is the appropriate response to this increase? Even though earnest efforts are being made in many areas to address these problems, are they actually commensurate with the threat to life?

As a way to evaluate our current level of response, let’s take a look at what might happen if the number of people lost to traffic accidents increased at the same speed.

In this first chart, you can see how the number of drug overdose deaths has increased since 1999. This horrific increase means we have gone from losing 46 people per day to losing 188 per day. A problem that was once rare now affects every American, even if just through an increasing tax burden to deal with this disaster.

Now let’s look at the loss of life due to traffic accidents. This statistic obtained from the National Safety Council (NSC) has been fairly steady over the same time period. (Please note: The 2018 number is an estimate by the NSC.)

Looking at the What If…?

Wouldn’t there have been a frenzied demand by parents in every community to know what changed? Might local and state officials sought out causes at their levels with furious energy? Surely there would have been passionate daily debates at every level of government and community activism to implement immediate changes to save these additional 130,000 lives.

I suggest that laws would be changed hastily. Roads would be re-engineered almost overnight. Auto safely regulations would have been quickly transformed. Public education messages would have blared out from every corner, every newspaper, website and television station. Law enforcement agencies would have been relentless in ticketing dangerous behavior.

Have we seen a commensurate response to addiction overdose deaths? I don’t believe I’ve seen it.

Why would that adamant insistence be missing? It’s very possible that it’s primarily because of the stigma that is still attached to addiction. Those who are addicted very often become degraded in their appearance and behavior. They become someone few people want to associate with or help. They appear blameworthy to many people. They don’t resemble worthwhile individuals caught in a trap who really, truly don’t want to be there, no matter what they say.

And then there’s the difficulty helping many of these people recover. While sobriety and healthy living after addiction are quite possible, it takes many people several tries to recover. Too many people never get the right help.

Business people just want the addicts outside their front doors to go away. Parents don’t want to think that their children will use drugs or get caught in this trap. Few people understand the mechanisms of drug use and addiction and so it is an unpleasant topic of thought, conversation or action.

Those who do understand are those who have been through it themselves. That’s why so many advocates and individuals working the streets and homeless encampments to offer help are in recovery themselves.

If our traffic deaths had soared from 42,000 to more than 172,000, every parent would have agonized over ever letting their children learn to drive. They might have demanded extensive driver training and safety features on their vehicles to improve their children’s chances of survival.

In just the same way, every parent should take stringent educational and preventative action to protect their children from drugs as their kids arrive at an age when they are away from their parents’ supervision.

Legislators need to demand the real reasons for increased deaths and to know what recovery programs get the best results before they allow any funding to be distributed. Prevention programs should be insisted on for every school, every grade, every year. And much, much more.

The State of Oklahoma has just published their abatement plan to address the opioid crisis in their state. The completeness of this plan provides a look at all the places and ways that a crisis like this needs to be remedied. It’s an interesting study that you can access here.

We can reduce our drug overdose deaths by preventing drug use that turns into addiction and by rehabilitating those who are lost in addition already. It takes looking beyond the stigma and the unpleasant aspects we are faced with when people are addicted. We must still reach out an effective helping hand to bring those individuals back to health and positive interaction with our society. 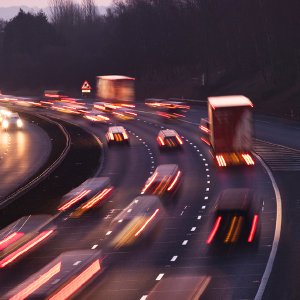 Drugs Can Kill in Many Ways

Drug overdoses grab headlines and, as a result, the public mind. A great deal of focus is directed at overdoses, mostly because they have skyrocketed in the last two decades. However, there are many other ways that drugs can kill. 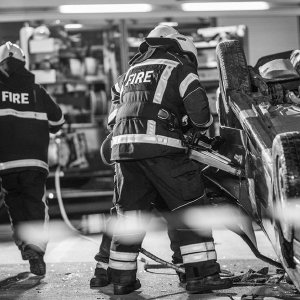