I understand the media has to get its headlines somehow, so I’m usually not surprised by what I see in the news. But the most recent issue of U.S. News had an article titled, “Could CBD Treat Opioid Addiction?” Such a statement is undoubtedly an eye-grabber, and it’s a dangerous statement too.

“Cannabidiol” or CBD is one of the primary ingredients in the cannabis plant. If we start assigning CBD as a solution to the opioid crisis, we’re going to get ourselves further off-track in addressing opioid addiction. We’re going to end up supporting another quick fix, bandaid approach, another shortcut that never really solves the problem of addiction.

The Concept behind CBD as a Solution to Opioid Addiction

“Cannabidiol” or CBD can be extracted from cannabis and used as a solitary substance, no THC, no psychoactive effects. There is much that we don’t know about CBD, as it is a relatively new substance on the market. Well, it’s a relatively new substance as far as legal access to it goes. As overall marijuana legalization has increased, the accessibility of CBD increased. But there is still much that we don’t know about the substance.

A good example of this lack of knowledge is on full display in the very article claiming that CBD could be a solution for opioid addiction. I opened the article in U.S. News expecting to find a comprehensive analysis of CBD with scientific evidence and multiple case studies. But that’s not what the article was about at all.

The CBD research was confined to a small study done by the Addiction Institute at Mount Sinai in New York. Forty-two men and women with a history of heroin abuse (but who were not current users) took either a CBD supplement or placebo (they were not told which was which) and then they watched a series of films. The films included relaxing scenes in nature, coupled with stressful scenes of heroin use paraphernalia.

And this is supposed to prove that CBD is an effective treatment for heroin addiction?

Upon further investigation, I’ve now seen this study reported in at least six other news sources. Such is an excellent example of “clickbait” in the news where preliminary research is reported on extensively. The study doesn’t prove anything, but because the investigation is exciting and controversial, it earns a lot of media attention.

First of all, the study only included 42 people—far too small a study group to arrive at conclusive statements. Secondly, the individuals involved in the study were not currently using drugs and alcohol. They were sober, recovered individuals. Third, the study’s only metric for gauging the workability for CBD on cravings was to show study participants a film and then ask them questions about how they felt about their craving levels afterward.

There was no effort to block out other factors that may have influenced study results, such as how much sleep participants had gotten the night prior, whether everyone had gotten their morning coffee or not, who had eaten breakfast or who skipped it, what the participants’ general moods were, and so on. There is a mountain of variables which could have influenced study results.

The study also does not go into the vast range of behavioral, psychological, personal, and spiritual aspects of addiction. Addiction is a far more personal issue than most people give it credence for. We can’t treat it with drugs (like the increasingly supported Medication-Assisted Treatment model), but we also can’t treat it with supplements like CBD either.

While I disagree with the Addiction Institute’s premise and research conclusions, I can appreciate one of their motives. According to Yasmin Hurd, the director of the Addiction Institute, “A successful non-opioid medication would add significantly to the existing addiction medication toolbox to help reduce the growing death toll, enormous health care costs, and treatment limitations imposed by stringent government regulations amid this persistent opioid epidemic.”

What Yasmin Hurd is saying is that, because current medications used to treat opioid addiction (like buprenorphine and methadone) are expensive, stigmatized, often unavailable, and themselves addictive, Hurd felt as though struggling addicts needed an alternative.

I can understand that viewpoint, and I can understand the frustration felt when one sees thousands of opioid addicts being put on pharmaceutical drugs that don’t help them, and millions of others not having access to any kinds of treatment at all. But just because treating opioid addiction can be challenging and time-consuming does not mean that we need to invent solutions in the form of more medications or supplements.

No Supplement Is a Replacement for Addiction Treatment

Even though the intentions behind the Addiction Institute’s research may have been good, they are misguided. CBD, marijuana, kratom, buprenorphine, Vivitrol, and methadone are all bandaid “solutions” to opioid addiction. No supplement or medicine is ever going to cure someone of opioid addiction, because opioid addiction is not a simple, physiological condition which can be cured by physiological means alone.

Opioid addiction is a deadly serious affair, and we can’t afford to play games with it. We can’t perform preliminary science experiments and concoct large ideas that there is a “miracle supplement” that can save opioid addicts from their habit. The only way to effectively break free from an addiction to opioids is by engaging in a residential treatment program for a long enough time to tackle all of the immense underlying issues and behavioral difficulties that are attendant with addiction.

Residential addiction treatment centers help people by addressing the entire problem of addiction. No one becomes an addict by chance. There are always underlying struggles, personal crises, trouble within the family, financial difficulties, self-esteem issues, hardships at work, health problems, toxic relationships, and other stressful life crises which nudge the person to use drugs in the first place (as a coping mechanism). Taking a CBD supplement will never address all of these core issues that set the foundation of addiction. Going to a residential treatment center will.

One of the most critical factors in determining the success of a recovering addict’s stay at a residential treatment center is the amount of time they get at that rehab. 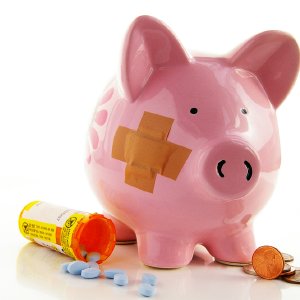