Can You Listen to this 911 Call About an Overdose without Weeping?

In Cincinnati, the 911 emergency system recorded a terrifying event—a young girl calling for help as her parents overdosed in the front seat of their car. At the beginning of the call, the car was still moving as the girl’s mother faded in and out of consciousness. By the end, the car had come to a halt and the girl was the one to put it in park so it would not roll away.

As a calm, helpful 911 operator keeps the nine-year-old girl reassured, the child says she doesn’t know where she is and that any signs that could identify her location are too far away.

Girl: Now we’re parked somewhere and I don’t know where. I’m freaking out.

Operator: It’s okay, I’m going to send you some help.

The operator asks about the condition of the girl’s parents. The father was unconscious in the passenger’s seat.

Operator: Okay. Okay. But you’re unable to wake them up?

Girl: No, I tried and they won’t wake up.

You have to hear the call to grasp the depth of the girl’s fear, grief and pain. In a tiny, panicked voice, she admits her fear to the operator.

Operator: I know you’re scared. But you’ll be okay.

Emergency services finally arrived at the car. Police later charged the parents with child endangerment. This young girl would have been handed over to family or taken into state custody like 2,934 other children in the state of Ohio last year.

You can hear these excerpts from the call and more coverage at the NBC News website.

Children are Suffering All Over the U.S.

In every state where there’s addiction or overdoses, children are the helpless victims. Between 2000 and 2015, more than half a million Americans died as a result of drug overdoses. How many children were orphaned by these deaths? A few hundred thousand?
A million? Even more children have parents who are incarcerated due to criminal actions undertaken in the desperation of addiction.

A Look at the Ages of those Dying from Overdoses

The highest proportion of heroin deaths occurred in the 25 to 35-year-old age group, when a person is most likely to have young children.

Benzodiazepine (Xanax, Valium, Ativan) deaths were highest among 45-54 year olds but not far behind were deaths of those aged 25-35 and 35-44. Cocaine deaths followed the same pattern. Again, prime ages for having young or teenaged children.

The Effects of Drug and Alcohol Abuse on Child Mistreatment

Nationally, there are reports of abuse or neglect involving more than seven million children.
A Department of Health and Human Services report states that 10 percent of child abuse or neglect victims had a caregiver who abused alcohol and 25 percent of victims had a caregiver who used drugs. The most vulnerable children are those under one year of age.

The Urgency of Rehabilitation

While rehab needs to be available to everyone, it could be argued that the highest priorities are pregnant women or parents of young children, followed by parents of any non-adult children. Every child deserves the chance to grow up in a protective, loving home. Drugs or excessive alcohol use robs a parent of the ability to care for a child’s physical, emotional, mental and spiritual needs.

I’ve been unable to listen to this 911 recording without weeping for this child and her terrifying experience. I know there are millions of other American children—some just babies—suffering similar terrors. Plus millions of other children around the world. There are many fine people fighting drug abuse and addiction in every corner of this world. Narconon has been dedicated to the same fight for fifty years and will continue to offer help to parents and non-parents alike for as long as there is a problem with addiction. 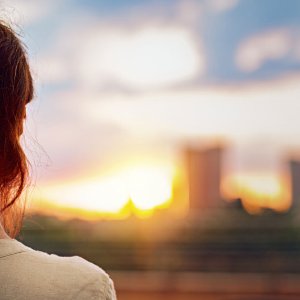 How to Help an Addicted Parent

Do you have a parent who is addicted to drugs and alcohol? This challenging situation is one that more and more people are having to deal with. 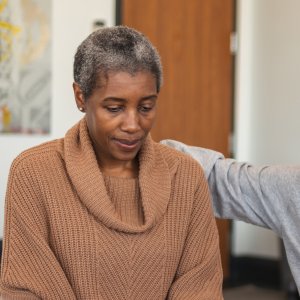