A year ago, Ryan Hampton released his book, American Fix: Inside the Opioid Addiction Crisis and How to End It, Hampton faces exceedingly tough issues related to addiction.

He not only faces them—he frankly states overlooked, ignored or suppressed truths. As long as many of these truths go unstated and ignored, it’s likely that we will continue to lose tens of thousands of our friends, neighbors and community members to addiction and overdose.

He writes clearly and articulately, but that is not what injects value into his work. He writes with the knowledge of a person who has lived the problems himself, and with the passion of a person intent on saving other people’s lives. He knows what the pitfalls are that will condemn people to death if they are not avoided.

Hampton’s Own Story of Realization

Hampton describes his own path to addiction that began with an ankle injury and the pills that were prescribed for his recovery (an ironic term in this situation) from that injury.

He continued using these pills far beyond the point at which his ankle healed. At the same time, persuasive pharmaceutical reps were making the rounds of doctors’ offices to convince prescribers that their pills had next-to-no abuse potential or addictiveness. Thus his doctors had no compunction about prescribing more pills when he said his ankle still hurt.

He stayed high while working at political fundraisers until that world imploded on him. He went to rehab multiple times and relapsed each time. At holiday events with his family, his mother begged him to stop—not understanding the absolute control his addiction had over his choices, decisions and actions.

As he sought more rehab programs that would accept him, he learned about the long waiting lists at some rehabs, resulting in delays that would cost some people their lives. He criticizes the twenty-eight-day model (even the programs housed in exquisite surroundings), calling them “twenty-eight-day vacations disguised as medical help.”

Adding his own experience of struggling to find recovery, and to the loss of many friends to overdoses, he came to the life-changing conclusion that the addiction recovery field needed to be repaired if lives were to be saved. And because he understood this truth, he needed to take action. Hence, this book, American Fix.

He makes a good point: “A universal definition of what actually constitutes ’recovery’’ must be established.” There is no agreed-upon definition. For some people, it may be abstinence. For others, it may be maintenance on drugs like methadone or Suboxone. For even others, it may be that a person is not getting high on their preferred drug like heroin but he, or she, is free to use a different drug, like marijuana.

There is no consensus on exactly what recovery is, but surely science can help us here. It must be possible to devise measurements that reveal which form of recovery results in the best physical health, the most success in work and at home, the most positive frame of mind and the fewest relapses into dangerous drug or alcohol use. Having these measurements and results in hand would allow us to compare different concepts of recovery and place them on a scale from most to least healthy.

The Curse of Stigma

Hampton is very clear about the way that the stigma that’s still attached to addiction and recovery condemns many people to continued addiction and daily risk of overdose. His experience in the Twelve-Step fellowships puts him at odds with many of its members.

While Ryan still considers himself a member, he believes that the principle of anonymity has encouraged a culture of silence that compounds the very shame the principle was originally intended to prevent.

This concept of anonymity is now perpetuating addiction by encouraging people to stay silent about their own addictions and personal struggles. For Ryan, the principle of anonymity cannot be an excuse to remain silent about an issue which has killed more than 700,000 of our friends, neighbors and loved ones since 1999.

To be clear, the principle of anonymity existed in Twelve-Step fellowships long before our system of laws protected our privacy. This policy attempted to give those who are addicted to drugs or alcohol a safe place to talk about their problems.

While times may have improved to some degree, a stigma is still attached to addiction, and individuals who do not wish to disclose their addictions should not be forced to do so.

However, even in these fellowships, there are “open” meetings in which anyone is allowed to come and hear the stories of recovering addicts. At any of these open meetings, a person who hasn’t yet decided to commit to recovery could be inspired to take this life-saving step.

There is a federal law that guarantees anonymity for addiction recovery patients: The Code of Federal Regulations 42 Part 2-CFR 42 Part 2. This statute was enacted in 1972 and is revised and updated from time to time by the Substance Abuse and Mental Health Services Administration, most recently in January 2018. The purpose of this law is to allow addicts to receive treatment for addiction without stigma or social judgment.

Ryan expresses his hope that as more individuals suffering from addiction step out from behind the veil of anonymity, our national issues related to addiction and recovery can begin to be addressed more effectively.

On October 4, 2015, thousands of families gathered on the National Mall in Washington, D.C. to go public with their support for the loved ones they’d lost and the loved ones still trapped in addiction. Speakers included the U.S. Surgeon General; the director of the White House Office of National Drug Control Policy; syndicated talk show host and surgeon, Mehmet Oz; and entertainers Sheryl Crow and Steven Tyler.

Many more families have gone public in an attempt to spare other families their grief. As more and more news services carry stories on this catastrophic problem, more families have been willing to share their stories. As the stigma is slowly peeled away from this problem, it becomes more possible to face the magnitude of the situation and the magnitude also of the solution needed.

Causes of the Problem

Hampton’s view of the problem provides a lot to think about. He covers material discussed by other authors but makes his own no-holds-barred conclusions about this material. He recommends more training and certification in addiction medicine for medical doctors—a badly needed improvement in this country.

“Telling your story opens the door for the person who is still living in the dark, silenced by stigma, sick and afraid… the courage of the few can inspire the many.”

Perhaps of more value, Hampton stresses “the importance of recovering out loud” and notes several celebrities who have gone public about their problems and recoveries such as Brad Pitt and Ben Affleck.

Hampton says, “Telling your story opens the door for the person who is still living in the dark, silenced by stigma, sick and afraid… the courage of the few can inspire the many.”

He goes on to outline very specific changes he believes will help turn our national situation around. With great courage, Hampton has laid everything on the line to shine a brilliant light on the very core of this national disaster.

His personal experience with addiction and his contacts with thousands of other people in recovery, trying to find recovery, or advocating for this cause, form his revelations and recommendations. It’s a smart book to add to your reading if you are trying to grasp the magnitude of the problem and how it can finally be conquered. 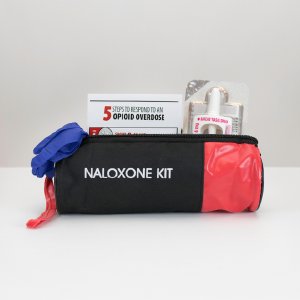