On a warm Tuesday night in New Haven, Connecticut, no one could have told you that in the next few days, more than a hundred people would be plunged into life-threatening overdoses as a result of their drug use. It was late in the evening on the 14th of August that these overdoses began showing up. In the next 24 hours, as many as 76 people required emergency medical support with many being rushed to local hospitals.

After that, it’s possible that the word got out on the really bad batch of Spice, also known as K2 or synthetic marijuana, that was the common denominator in these ODs. The overdoses slowed down but the rescues continued. One after another, people at The Green, the park in downtown New Haven, began falling to the ground and manifesting symptoms like vomiting, hallucinations, high blood pressure, shallow breathing, semi-consciousness and unconsciousness. No one died but some people had to be resuscitated.

After the first few emergency calls, police and emergency medical services set up a command post at The Green so they could quickly find and help those in need. The police chief of New Haven enlisted the help of a local television station to warn people to avoid using anything that was identified as Spice.

So What Was the Drug Causing their Overdoses?

At first, it was thought that the powerful opioid fentanyl had been included in their packages of Spice because of the respiratory distress of many of the victims. However, analysis of the drugs these people were indulging in showed that they were exposed to the ultrapotent drug AB-Fubinaca.

A package of drugs sold as Spice could contain any one of many drugs that all have a similar effect on the body. AB-Fubinaca is a particularly powerful drug that sent these people into a tailspin that would have killed some of them if they had not received immediate care.

New Haven police went to work to find the source of this drug and within a few days, had arrested Felix Melendez, a man with 38 prior arrests on his record who was also on probation resulting from earlier sales of K2 at The Green. John Parker of New Haven was found with 32 bags of Spice in his home and was also arrested. It was suspected that many of these people had received free samples in the hopes that this would make them steady customers in the future.

You might think that once these individuals were rescued from an overdose, they would have avoided ingesting any more drugs for a while. You’d be wrong. At least ten people overdosed more than once, some of them returning to the hospital with their identification bracelets still on their wrists.

New Haven is Not Alone

This isn’t the first city to suffer this kind of mass overdose situation. In a twelve-day span in July, Washington, D.C. experienced 463 calls for help with overdoses that were associated with K2. It is suspected that this drug was a cause of death for some of them, although toxicology reports normally take a few months to complete. Also in July, 56 Spice overdoses were reported in Bedford-Stuyvesant in New York City.

In 2016, nearly 70 people overdosed on Spice in a short time in Los Angeles. In another 2016 incident, 33 people were sent to hospitals in Brooklyn because they were stumbling around like “zombies.” Fubinaca was found in the packets that caused the Brooklyn overdoses.

Spice is popular with some people because it is very cheap and many people don’t think it will show up on drug tests. While that was true at one time, drug tests have caught up and now can detect the class of drug in these packets. The user may also think that these drugs will mimic the effects of marijuana but there’s very little truth to that. Yes, the chemicals affect similar receptors in the body that marijuana does but the similarity ends there. Chemically, there is no resemblance. And these lab-created drugs keep getting more dangerous. In 2014, some unusually strong drugs in this class began to show up, some of them one hundred times more powerful than marijuana.

One researcher studying these drugs stated, “If you misuse spice and other internet drugs, sooner or later you’ll encounter a substance or a product that’s particularly dangerous; it’s like playing chemical Russian roulette.” That’s exactly what 110 people in Connecticut, 463 people in Washington, D.C. and dozens more in other cities have discovered. While city services will do their best to save these lives, any time a person can avoid playing this kind of Russian roulette, they have a better chance of staying healthy—and alive.

As the years go by, the types of drugs that users experiment with change. Since the turn of the century, the American people have fallen further and further into an addiction crisis which has been brought on primarily by a gradual shift towards highly addictive, extremely dangerous, even lethal, illegal synthetic drugs. 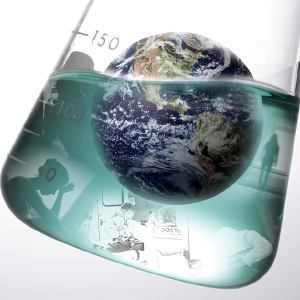 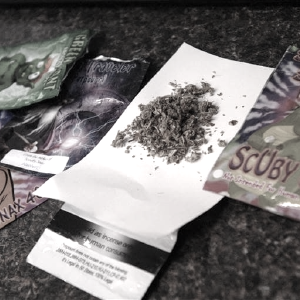