10 Things You Didn’t Know About Meth

Meth or methamphetamine is a dangerous and addictive drug. Here are 10 things you didn’t know about it:

1. Methamphetamine Is Commonly a Homemade Drug

Cocaine and heroin are produced in countries thousands of miles away and have to be smuggled across international borders to make it to the United States. Marijuana may in some cases be grown within the U.S., but it is also commonly smuggled in. Many other drugs including ecstasy are produced in Europe and Asia. Prescription drugs, among the most commonly abused drugs in America, are manufactured in massive chemical plants owned by pharmaceutical companies. Methamphetamine, on the other hand, is typically produced in clandestine meth labs, many of which are operated in kitchens or basements in suburban houses or apartments. Many people live right next door to a meth lab and have no idea what is going on only a few feet away from where they eat dinner, watch television and sleep.

2. Meth Labs Are at Risk of Exploding

The manufacture of methamphetamine involves combining highly volatile chemicals. Even minor mistakes in handling these chemicals can cause a violent reaction that results in an explosion. In many cases, meth lab explosions will cause major house fires, and will typically leave those involved with severe thermal and chemical burns. One of the factors that contributes to meth lab explosions is the fact that the “chemists” often have little or no training in what they are doing, and may be high or suffering from withdrawals while working on cooking the batch.

3. Many People Live in Former Meth Labs and Don’t Know It

Not all meth labs explode by any means. When the occupants of a house or apartment have been using the dwelling as a meth lab, the carpet and walls are likely to be deeply contaminated by chemical spills and the release of toxic vapors. Unfortunately, this effectively renders the affected rooms unfit for human habitation, and without a thorough and costly process of cleaning, the environment can be highly hazardous to anyone living there. In many cases, landlords and realtors will have no knowledge of the fact that the property is a former meth lab, while unscrupulous ones might conceal the fact to a prospective renter or buyer.

4. The Primary Ingredient in Meth Is an Over-the-Counter Decongestant

Meth’s primary ingredient is a stimulant known as pseudoephedrine. While this substance is the most important element of one of the most dangerous and addictive drugs on the streets, it is also available for legal purchase in any pharmacy in the nation. Pseudoephedrine is most commonly known as the active ingredient in decongestants such as Sudafed. The drug is subject to some regulation, however, in the form of a requirement that buyers show ID and limitations on the amount of the drug that any one person can purchase within a given time period.

5. The Other Ingredients of Meth Are Things You Would Never Put in Your Body

Pseudoephedrine may be the primary ingredient in methamphetamine, but it is by no means the only one. Other ingredients used to produce meth include:

These ingredients have the purpose of boosting the stimulant effects of pseudoephedrine which, by itself, is only a relatively minor stimulant drug. They are also largely responsible for the devastating health damage that meth users suffer.

6. Many Schoolchildren Are Prescribed a Drug Closely Similar to Methamphetamine

7. Meth Works by Interfering with Natural Processes in the Brain

Emotions and moods are to a large degree related to the various chemicals in the brain known as neurotransmitters. One of the most important of these is dopamine, a neurotransmitter associated with feelings of well-being, pleasure and euphoria. Methamphetamine works by artificially causing the brain to release massive quantities of dopamine, as well as blocking the natural reuptake of the chemical. As a result, the brain is bathed in dopamine, potentially — though not always — causing the user to feel “wonderful.” With repeated use, however, the body builds up a tolerance, and the brain begins to adjust to compensate for this interference, so that the person can no longer feel normal without using the drug and rapidly loses the ability to get high.

Many of the widely used street drugs have effects that are primarily desirable in the initial stages of use, and only develop more negative effects as the person continues to use them. Methamphetamine, in contrast, is a much harsher drug, due in large part to the enormously toxic nature of the chemicals employed in its production. Meth users commonly experience short-term side-effects including nausea, bizarre and sometimes violent behavior, hallucinations, panic, psychosis, convulsions and seizures.

As bad as the short-term effects of meth use may be, the situation only gets worse with prolonged use. People who continue to use methamphetamine over an extended period of time are liable to suffer liver and kidney damage, as well as infectious disease and even brain damage. They will often fall into a deep depression, and even using the drug will not lift them out of this since by this point they have typically developed a tolerance to its effects. In the worst cases, meth users may even suffer fatal health complications.

Another common consequence of methamphetamine use is known as “meth mouth.” The condition is characterized by severe tooth decay, tooth loss, fractures and enamel erosion. There are multiple reasons why this occurs. One is the fact that meth users often experience bruxism, which is a condition of compulsive teeth grinding. Another is xerostomia, a condition of dry mouth. Furthermore meth users typically do not maintain habits of proper oral hygiene, and they often eat a diet that is likely to lead to tooth decay. 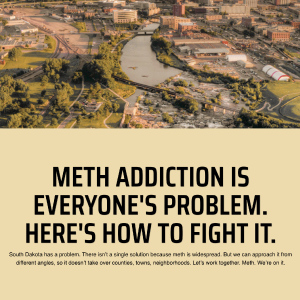 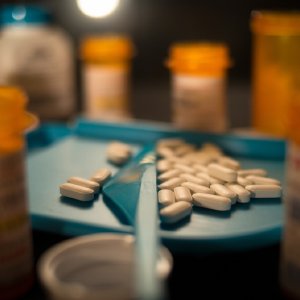