Youth Drug Use:
What Subtle Signs Should Parents Be Looking For?

The majority of parents want to think their children will remain drug free, at least until they go out on their own. But since about half of all high school students use drugs by the time they graduate, about half of parents don’t succeed in this goal. If drug use does occur, it’s vital to be able to detect it to keep a serious problem from developing.

Certainly, some parents realize their kids have used drugs but others are blindsided when they run into their drug problems. Maybe the school calls them about a problem or they find drugs in the child’s possessions. Or, worst of all, it could be that they learn about drug use when their child’s very survival is on a steep downward trend—in other words, very late in the game.

It’s very, very easy to miss the signs of drug use because drug users are trying to keep their use a secret. They learn how to conceal drugs and paraphernalia, how to whiten their eyes after drinking or using pot. They become secretive and hostile, changes parents may attribute to difficult teenage years. If you listen to reports from parents who discovered their children’s serious and damaging drug use, you’ll see the more subtle signs that were missed early on.

Here are a few reports from parents who have gone through this difficult discovery:

From the Parents Opposed to Pot website, one mother describes the changes in her daughter as she gradually became addicted to marijuana.

“I found out by noticing changes in her personality, cognitive behavior, energy level, diet, digestive stomach problems, and sleep patterns. I started looking through her phone which showed videos and pictures of her and friends smoking and trying marijuana in different ways through pipes, dabs, vapes, joints, etc… her IQ has decreased and she used to like healthy foods, vegetables, fruits, but now her cravings are mostly sweet foods and junk foods.”

From a story in the Los Angeles Times, a mother describes the path to discovering her adult child’s drug use:

“When addiction dug its claws into our adult child the signs were subtle at first, so my denial was second nature. Too much to drink at a party. The apple pipe discovered by the dog and one shaped like a parrot hidden in the garden — and the refrain of ‘It’s not mine!’ The DUI came later, followed by a totaled car and evidence of scary drugs. And there were all the excuses, which I tried to make myself believe because this could not be happening to our family.”

In an obituary written for Ryan Hawe, a young man who was lost to an overdose, the Hawe family offers a poignant warning:

Hawe’s mother said that she didn’t notice some pain pills she’d been prescribed after surgery had gone missing. She had no need to lock them up, she thought, “since our children were trustworthy.” But her son Ryan became friends with older boys who, she later realized, only wanted the pills that were available from her home. Before long, he was addicted himself and finally was lost to the family that loved him.

Sometimes, detecting drug use by your child is not so much a matter of looking for dilated eyes or slurred speech. If your child is using drugs away from home, he may avoid being around you until the most obvious signs of drug use have passed. You need to know the more subtle signs that are difficult or impossible to conceal—the overall effects on their behavior, mood and life from their drug use.

The Subtle Signs to Watch For

You see your child every day or nearly so. You might miss small changes that are accumulating into a distinctly different demeanor or appearance. Stand back and look at him or her without any preconceived ideas. What does he or she really look like now? How does it compare with a year ago?

If you see these changes, you would be wise to take action. Talk to your doctor. Talk to your child’s teachers. Look further for signs of drug use or paraphernalia. Your child’s life could depend on finding out the truth and leaving no stone unturned until you have the whole story.

The Subtle, Invisible and Deadly Pressure to Remain Silent

There’s nothing so awfully bad about keeping your cards close to your chest. You don’t have to reveal everything you know to everyone. But in this world we live in today, there is simply way too much silence. 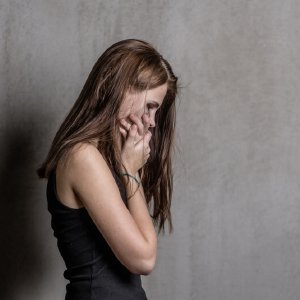 We MUST Teach Our Young People: DEATH is a Side Effect of Drug Abuse

It’s so much more pleasant to be loving, trusting and supportive. But you must know when to change gears to prevent the destruction of a person’s future, hopes and even their life. It starts with your own education on drugs and addiction and the education of your teens. Even with young adults, you can still initiate conversations that could save their lives. 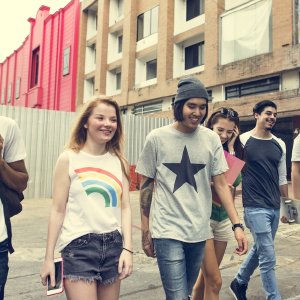