While the whole world, including the United States, is in the midst of a global coronavirus pandemic—the drug addiction epidemic that started years before in the United States still rages on. The addiction crisis has had a range of harmful effects, but the number of drug-related deaths is by far the most concerning. And while increases in drug and alcohol deaths have affected nearly all demographics and communities, the impact on young people in their 20s and 30s has been particularly harmful.

For this age group, reports indicate that drug-related deaths increased by 400 percent in the last two decades. That’s four times as many adults in their 20s and 30s dying from substance abuse in 2019 than in 1999. And when young people are dying long before their time due to drug overdoses or other, substance-related harm, that tells us we have a severe problem on our hands.

Drug use trends have been on the rise for just about every age group and geographic region in the United States. In 1999, there were about seven drug deaths for every 100,000 people. By 2017, that number had more than tripled to 22.7 drug-related deaths for every 100,000 people. Drugs are now the leading cause of death among Americans under the age of 50.

We can learn even more when we examine statistics for individual age groups. For young adults aged 18 to 34 in 2017, about 31 deaths occurred for every 1,000 people in this age group. From 2007 to 2017, drug deaths among 18 to 34-year-olds increased by 108 percent. Also among 18 to 34-year-olds during the same period, alcohol-related deaths went up 69 percent. The report also mentions a 35 percent increase in suicides among the youth demographic, suicide being a horrible event that often goes hand in hand with drug and alcohol use.

Why is it that young people (the millennial generation specifically) are the ones most heavily affected by drug and alcohol-related deaths?

Much of the rising death statistics among young people can be attributed to “deaths of despair.” Deaths of despair are defined as preventable deaths that occur from drugs, alcohol, suicide, or a combination of the three. Such deaths occur as a result of despair, the idea that one’s struggles are too much to bear, and that one must use drugs and alcohol as a coping mechanism.

It’s insightful to observe the historical trends of deaths of despair. Such deaths are not a new problem in America, but it should be a concern that deaths of despair are more prevalent now than they have been in decades.

Let’s fast-forward back to the present. We would do well to find out why young people are dying from substance abuse at such a high rate. Why are trends among young people today looking a lot like trends among the general population in the early-1900s?

Some would suggest that young people today are more prone to deaths of despair because they face challenges that are unique to their age group. For example, the millennial generation faced and continues to face skyrocketing costs of education and housing. Millennials also entered the job force during the recent recession. The result is that their pay is not usually commensurate with their cost of living.

Part of preventing such an excessive loss of life among this age group will mean addressing the above challenges that millennials face. But even more importantly, we have to make sure that the young people who are using drugs and alcohol get off of drugs and alcohol as soon as possible.

There’s no doubt that young people are at increased risk for drug-related deaths, alcohol-related deaths, and suicide. And it’s worth remembering that such deaths can crop up seemingly out of nowhere. Young people who are using drugs, misusing alcohol, or going through severe struggles in life do not always show clear signs of those struggles. And if they are showing signs, it may be unclear the sheer extent of their crisis and how close they may be to suffering permanent harm.

If you have a son or daughter who you suspect is using drugs or alcohol, you must find out and get them help as soon as possible.

Narconon offers a drug rehabilitation program well-suited to helping young adults overcome addiction. Narconon’s proven rehabilitation technology helps recovering addicts find the core, underlying issues that set them upon such a destructive path of substance abuse in the first place. With the help of the Narconon program, your son or daughter can effectively reverse the dwindling spiral of substance abuse. They can take their life back and live drug-free.

The Narconon program begins with a drug-free, non-medical withdrawal process. Such an approach assists your son or daughter in coming off of drugs as comfortably as possible. It’s essential that this process does not use other drugs, as doing so can merely cause a transition from one drug dependence to another.

Next is the detoxification regimen. This approach is unique to Narconon and is a proven, science-backed method of eliminating drug residues within the bodies of recovering addicts. Removing such residues with the help of nutrition, exercise, and sauna serves to eliminate cravings for drugs.

Another segment of the Narconon program revolves around teaching recovering addicts various life skills. It’s not enough to merely rehabilitate people who are addicted to drugs and alcohol. It’s crucial to help them get the tools and skills necessary to face the challenges of life without turning to drugs and alcohol as a coping method.

Don’t let your son or daughter become a statistic. Don’t allow your loved one to contribute to the growing epidemic of drug deaths among young people. Please make sure they get help today.

According to a recent study, young people use drugs more than their parents did when their parents were young. By itself, this is concerning. But it becomes even more concerning when we find out what types of drugs the young adults of today are using. 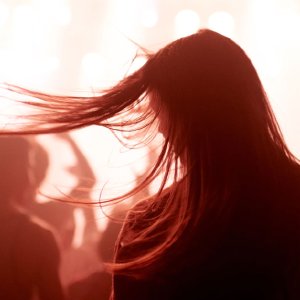 The health and well-being of our young people is something to safeguard. Our youth of today are our leaders of tomorrow. An investment in their future is really an investment in ours, too. As parents, we want our kids to grow up to lead successful, happy, and healthy lives.