America has been reeling from the effects of an opioid epidemic that was triggered by high painkiller prescribing rates in the 1990s. As has been thoroughly documented by now, there was a shift to the use of heroin in the late 2000s as prescribing practices began tightening up and painkillers were harder to get from doctors or drug dealers.

While our national focus has been on helping those who became addicted to opioids, we’re now learning that it never works to focus on just one aspect of our national drug problem. As actions to fight the opioid epidemic gather momentum, we have a new, growing drug problem with stimulants.

The category of stimulants is primarily composed of cocaine, methamphetamine and the variety of prescription stimulants prescribed to those people said to have difficulty focusing on tasks. The misuse of these pills extends far and wide, especially infecting our educational institutions. Students who once relied on coffee and energy drinks to stay up late now obtain prescription stimulants like Ritalin or Adderall to enable them to keep studying or writing through the night. Some students are prescribed these pills, others fake the symptoms to get a prescription and yet others obtain them through illicit means.

Are These Drugs Launching a Stimulant Epidemic?

Let’s take a look at some of the drugs in this category. Here’s the brand names and generic names of the most popular drugs of this type.

You can tell from some of these names that they are chemically similar to the stimulant drug amphetamine. Amphetamine is a prescription drug—the illicit form of this drug is the intensely damaging drug methamphetamine. Methylphenidate is a drug with similar chemistry to amphetamine.

In the 1960s, amphetamine began to be widely abused for recreational purposes. At that time, it was called “speed.” The effect of these drugs is similar.

According to a 2016 report, more than 3.3 million young people have been prescribed one of these drugs. This means that hundreds of millions of these pills have been in circulation, many of which made their way to students for whom they were not prescribed.

Gabi reported, "The majority of people that I know are taking it.”

Wyatt said everyone in his social circle uses drugs like Adderall, Ritalin, Focalin, Vyvanse. "Every single person. You can go up to the second floor of the library and see, you know, a full wing of people just cracked out.”

Could these hundreds of millions of pills in circulation have set the stage for a future stimulant epidemic that could rival our opioid epidemic? After all, as these millions of young people were growing up, they could have become accustomed to feeling the effects of stimulants.

Tightening the Reins on Painkillers Could Drive People to Stimulants

For the last few years, there have been definite and earnest efforts to fight the opioid epidemic. Prescribing practices are changing so more people are offered non-opioid pain relief or drug-free solutions.

Another solution to this epidemic is to make medication-assisted treatment (MAT) available to more people who are addicted to an opioid. A person in this kind of treatment program is given a prescription drug that contains buprenorphine, an opioid painkiller, plus a second drug that means that he will be less likely to get high if he returns to abusing opioids. This person is still taking an opioid so he won’t experience withdrawal sickness. Nor will he have to scramble to obtain drugs on the illicit market.

But this person’s addiction may extend far beyond the need for this medication. If he is still psychologically addicted to the sensation of getting high, he may reach for a different drug that will still get him high. Which could be marijuana, alcohol, stimulant or an anti-anxiety drug like Xanax.

It will take time to know if the effort to fight the opioid epidemic is unintentionally spurring a rise in the illicit use of stimulants. What we do know now is that between 2010 and 2016, 15.5 kilograms of stimulants like cocaine and methamphetamine were seized for every kilogram of heroin. And while prescribing rates for opioids are falling, prescribing of stimulants is climbing.

What is the right answer to either problem? Helping an addicted person truly recover from addiction and from the desire to get high. When life is fresh and hopeful again and when a person gains the life skills he needs to meet day-to-day challenges, a fully drug-free life can be both productive and enjoyable. This is the Narconon method of recovery. Call us to learn more.

Are We Overlooking the Threat of Prescription Stimulant Abuse?

Prescription stimulant abuse isn’t making the headlines but that doesn’t mean that parents should dismiss it as a threat to their children. Every child needs to learn how addictive these drugs can be. 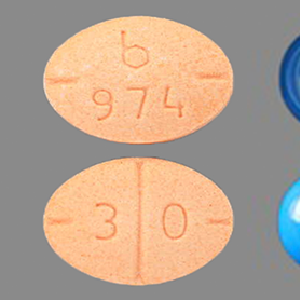