Much of the opioid epidemic that has plagued Americans for over 20 years started with pharmaceutical corporations that made highly addictive, even potentially lethal, painkiller drugs. But how did these drugs get transferred into the hands of the American public?

Most painkillers made their way into Americans’ hands when well-meaning doctors prescribed them to patients who just wanted help with pain. Neither the doctor nor the patient knew at first that they were dealing with an addictive drug.

But that’s not the only way pain relievers got into the hands of the American public. There were also countless cases of “pill mills” that served to funnel painkillers from pharma companies to addicts.

A pain clinic, also called a pain management clinic, is a healthcare facility specifically focused on diagnosing and managing the treatment of chronic pain.

A pill mill is a term primarily used by the media and law enforcement agencies to refer to an operation in which a pain clinic, primary care physician, or pharmacy begins illegally, or in some cases legally, distributing opioid painkillers to “patients” (addicts) in exchange for cash. The vast majority of pill mills in the U.S. are simply pain clinics that began overprescribing drugs for cash. They operated entirely out in the open, at first blurring the legal line on allowed pain pill prescribing, then going overboard into the illegitimate distribution of pain meds into the hands of the public.

A pill mill is described as such because it almost literally “mills” out painkillers to the general public. A pill mill is often run by medical practitioners who have gone ‘rogue’ so to speak, and who now hand out prescriptions for painkillers without taking the required steps (such as examining the patient, studying their medical history, performing a diagnosis, maintaining monitoring, etc.). Virtually all pill mills started as legal pain clinics, but such organizations simply began disbursing more and more pills to the public without following legal protocols, to the point of being illegal.

One research paper that examined pill mills provided this definition, “The term ‘pill mill’ is typically used to describe a doctor, clinic, or pharmacy that is prescribing or dispensing controlled prescription drugs inappropriately. In short, a pill mill is an illegal drug operation that traffics painkillers into the hands of addicts in exchange for cash.”

Perhaps the best example of pill mills in practice is in Florida, mainly South Florida. This region attracted several pill mills over a relatively short period, and the consequences were devastating for local communities and the broader southwest.

Several pill mills operated for years in the Fort Lauderdale area, particularly in the late-1990s and the early-2000s. These mills became so widely known in the addiction and trafficking circles that traffickers from across the Southwest and Midwest would drive to the clinics, load up on painkillers, then drive back to their home states to distribute the drugs. It took years for law enforcement to find out that these clinics, which had been operating legally, were actually engaged in illegal deeds.

According to DEA reports, during the peak of distribution, the pill mills in Florida were home to 90 of America’s top 100 opioid-distributing doctors. About 85% of the nation’s OxyContin was prescribed and distributed in Florida during this time. In 2010, pill mill doctors sold 500,000,000 painkiller pills in Florida, enough to give every Floridian several bottles of pills. And while much of the devastation from this extreme level of distribution traveled into other states, much of it stayed home. For example, 4,282 Americans died from opioid overdoses in Florida in 2010, a 400% increase from the year 2000.

Though most pill mills operated out of Florida, the Sunshine State did not have a monopoly on such operations. Other states across the Southwest and Midwest also experienced pill mills cropping up to take advantage of the lottery ticket that was the illicit trafficking of pharmaceutical opioids.

The owner of a pain clinic in Tennessee, Sylvia Hofstetter, was apprehended in 2020 and sentenced for her role in operating multiple pill mills. According to Acting Assistant Attorney General Brian C. Rabbitt, “This defendant reaped millions of dollars in personal profits by operating destructive opioid pill mills in multiple states, inflicting lasting harm on multiple communities.” According to the DEA brief that outlined the case, the prosecution and sentencing of Hofstetter led to 140 other convictions.

A 2019 case shed light on the existence of pill mills in Alabama, showing clearly that the crisis truly did spread beyond Florida and into much of the southwest. In this case, a married couple was arrested and sentenced for their role in unlawfully dealing prescription opioids out of their “pain clinic.”

The criminal charges were serious, one charge of conspiracy to distribute a controlled substance outside the usual course of professional practice and not for legitimate medical purpose, and one charge of conspiracy to commit money laundering for purposes of promoting the pill conspiracy. Both the husband and wife were sentenced to several years in jail. According to the DEA brief, “From January 2012 through December 2015, Cindy Dunn ran a pain management clinic in Moody, Alabama operating under the name Cindy Dunn & Dr. Buckingham, M.D., Weight Loss Clinic and Pain Management. CDPM was not a legitimate pain clinic. It was a pill mill churning out thousands of prescriptions for opioid painkillers.”

The pill mill crisis spread up to Michigan, with a Monroe, MI doctor by the name of Oscar Linares getting sentenced to four years in prison in 2016 for his role in giving out painkillers to 250 patients per day over three years, all under the pretense of legitimate painkiller prescribing. Perhaps most damning of all was the fact that Linares would pre-sign prescription pads for employees to hand out to patients, all without the patients ever seeing the doctor.

The patients either paid cash for their prescriptions, or they used their Medicare. And in the case of Medicare payments, the doctor was also indicted for billing Medicare for patient examinations that never occurred, as he rarely saw his patients face-to-face. According to prosecutors, “A vacuum tube was set up (similar to those at banks) so prescriptions could be sent back to Dr. Linares’s office and then back to the front desk, enabling him to sign controlled substance prescriptions without leaving his desk. When he was too busy to sign prescriptions for patients he did not see, he would send the prescriptions back with instructions for employees to sign the prescriptions for him.”

Even though reported instances of physical pain among patients did not increase in the areas where pill mills operated, the disbursement of pain meds into the community skyrocketed, with enough pills being given out to effectively medicate everyone in the communities that the alleged “pain clinics” served. Such operations had a devastating effect on local communities, contributing to skyrocketing overdose deaths and rampant addiction.

However, investigating and shutting down pill mills will not alone solve America’s dire opioid epidemic. Millions of Americans are now hooked on opioid pain relievers, many of them because of the encounters they had at pain clinics. For the millions hooked on opioids, they will need help through addiction treatment.

Addiction Treatment; Helping Those Who are Hooked on Opioids

Opioid addiction is a dangerous life-or-death crisis. Even with prescription opioids, which are marketed as medically beneficial, an individual’s life is in danger if he or she becomes hooked on such drugs.

If you know someone who is addicted to opioid drugs, please get them help at a qualified drug and alcohol rehab center as soon as possible. Please don’t wait until it is too late to step in and help them. 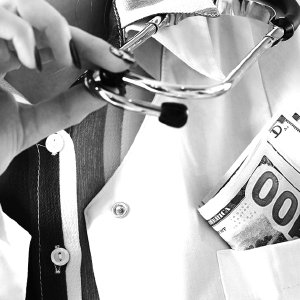 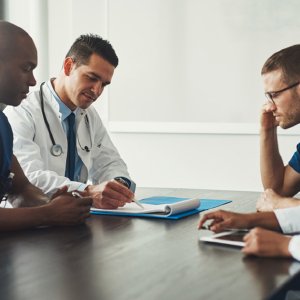