Speedballing, Opioid Drug Overdoses, and the Condition of Addiction in America

No one necessarily wants to hear about the greatest struggles that our nation faces and how bad these problems are getting, but sometimes we have to confront these issues and really confront them. We have to examine these problems, learn about them, and take action in addressing them if we want them to reduce. One such problem is the problem of drug and alcohol addiction, a crippling issue that has many facets and aspects to it.

Speedballing is an older trend of drug use that is making its way back to the forefront of how Americans use drugs. A “speedball” is a hybrid combination of heroin and cocaine. One can probably imagine why such a combination is not something that people want to mess around with. Cocaine is an upper drug, a stimulant, and heroin is a downer, a depressant. So when people take these drugs in tandem, they create a “push-pull” effect on the body and brain.

Speedballing was a popular drug use trend in the 1970s and 1980s, but thanks to over a decade and a half of effort on the part of the Drug Enforcement Administration and other law enforcement bodies, the prevalence of speedballing reduced through the 1990s and 2000s. Now, however, as interest in heroin and cocaine are both starting to grow again, people are starting to experiment with heroin and cocaine in tandem once again. It has caused a plethora of negative phenomena, not the least of which has been an increase in overdose deaths.

A Note on Drug Addiction as a Lethal Problem

An eye-opening research project conducted by the Centers for Disease Control and Prevention shed light on exactly how many Americans died from which drugs and in which years. According to their research for 2014 drug deaths, (the most recent year for which the CDC has completed research data), heroin killed more Americans than any other, single drug. However, when all of the different types of opioid pain reliever drugs are combined together, this classification of drug absolutely takes the first place mark in total deaths caused. But here is the breakdown for the 47,055 drug deaths that took place in 2014:

From this information, we can see that pharmaceutical drugs, and especially pharmaceutical opioids, seem to take center stage over other drugs for overdose deaths caused.

According to the CDC in commentary on their study:


Speedballing is just one kind of method for drug misuse. Is it dangerous? Absolutely. When addicts speedball, they increase their risk of overdosing and dying exponentially. But this is not the only issue that we are dealing with here. We are dealing with an entire plethora of drug abuse issues, issues that are expanding and growing faster than we can contain and address them.

The keynote to remember is that Americans are dying by the tens of thousands from drug overdoses every year, speedballing or no speedballing. How do we remedy this?

There are several ways to reduce the prevalence of drug overdose deaths and the kinds of hardship that go along with such problems. The truth is though, none of the strategies for reducing drug overdoses are effective on their own. All of these approaches need to be applied in tandem.

Some ways that we can reduce drug overdose deaths would be to:

These are just a few of the strategies that we can employ for gradually shifting our condition in America away from one that experiences such rampant death from drug overdoses. This is a worthwhile effort, one we should all be willing to take part in.

Speedballing is just one approach to drug use that is getting more popular. In actual fact, there are several methods of drug misuse that millions of Americans are starting to engage themselves in. This is very concerning. Our nation currently has twenty-four million drug addicts and alcoholics, but that number could double to fifty million or more if we are not careful. We have to reduce the drug problem before it gets any worse. 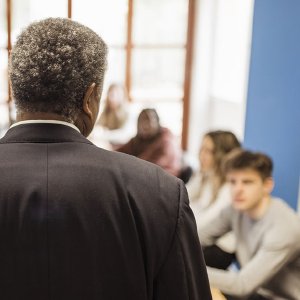