Experimenting with illegal narcotics has always been dangerous, primarily because addicts can never be certain what is in the drugs they’re using. In recent years, drug use has become substantially more dangerous, as fentanyl and counterfeit pills have permeated the illicit drug market across America.

What Are Counterfeit Pills?

Because prescription opioids are popular among drug users (but increasingly difficult to obtain as doctors increase safeguards around prescribing), addicts have turned to drug traffickers.

To make their supply of drugs more addictive and to hook more customers, traffickers have capitalized on growing interest in prescription drugs. They’ve begun manufacturing hybrid drugs that look like prescription opioids but which are highly addictive substances containing fentanyl and other narcotics.

Addicts who take counterfeit pills put themselves at significant risk for overdose and death.

A brief Google search for information about counterfeit pills will reveal several recent news articles that all share one common feature: instances of law enforcement seizing counterfeit pills are cropping up all across the nation. To cite a few examples:

A San Diego news story published in June of 2022 highlighted the arrest of 17 alleged drug traffickers for their involvement in bringing 500,000 counterfeit pills into California from Mexico. Those arrests led to the indictment of 26 individuals, with nine suspects still at large. In addition to the fentanyl-laced pills, DEA agents seized over 50 kilograms of methamphetamine, 10 kilograms of cocaine, and about $230,000 in assets.

A recent Michigan news story reported a case in which a man was apprehended after local police seized 15,000 fentanyl pills and 80 grams of fentanyl powder, a combined street value of more than $1 million. Additional searches revealed a large amount of marijuana, two firearms, and $18,000 in cash. The man was charged with multiple felony offenses for his intent to distribute the drugs. According to local police, fentanyl had been the cause of the vast majority of drug-related deaths in that region in recent years.

Another June story highlighted a case out of Massachusetts in which two residents pled guilty for their role in trafficking counterfeit OxyContin pills containing fentanyl. Their arrests led to the arrests of two others, effectively exposing a trafficking ring that was distributing fentanyl (disguised as highly sought-after opioid pain relievers) into the Worcester area.

To cite every recent news story that shows law enforcement arresting drug traffickers for distributing counterfeit pills would take quite some time. To summarize, the Drug Enforcement Administration is now urgently warning the public, cautioning them not to take prescription drugs that are not prescribed by a doctor and which do not come directly from a pharmacy. According to a DEA press release, more than 9.5 million counterfeit pills were seized in the first nine months of 2021, more than all the counterfeit pills seized in 2019 and 2020 combined.

Mass Overdose Events on the Rise

The DEA has also reported a concerning trend that developed around the fentanyl crisis. Mass overdose deaths, or events in which three or more overdoses occur close in time and at the same location, are rising. As of April 2022, mass overdose events have occurred in at least seven American cities, including Wilton Manors, Florida; Austin, Texas; Cortez, Colorado; Commerce City, Colorado; Omaha, Nebraska; St. Louis, Missouri; and Washington, D.C.

Fentanyl is driving these heartbreaking events. The powerful opioid is being mixed into batches of other illicit drugs, causing several addicts who use the same batch of fentanyl-laced drugs to overdose. These events often occur when addicts use what they think is cocaine or prescription opioids. In such events, addicts are not prepared to use fentanyl.

The Importance of Seeking Help

The conclusion is concerning but not without hope. While drug overdose rates are the highest ever recorded (and while 66% of over 105,000 overdose deaths in 2021 are being attributed to fentanyl), there are ways out of the addiction trap. Because drug abuse is the most dangerous it’s been, and because Americans can no longer assume that any drug is not lethal, family members must focus on helping their loved ones seek treatment. Entering a qualified drug and alcohol rehab center offers recovering addicts a way out of the addiction nightmare.

Researchers have reported they’ve created a vaccine to help fight the opioid epidemic that claims tens of thousands of lives every year. While the medication is being hailed as a breakthrough (and it indeed will help save lives), the only way to truly reduce the addiction crisis is to help the millions of Americans addicted to drugs enter qualified, residential drug and alcohol addiction treatment programs. 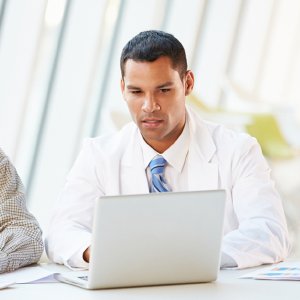 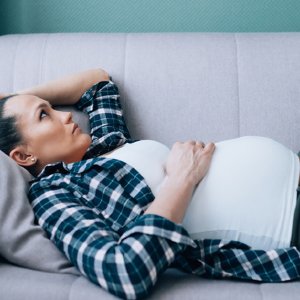