Medications are not the Solution to the Opioid Epidemic

Our country is mired in a terrible opioid addiction epidemic, the likes of which our great nation has never seen before. This is a crippling addiction phenomenon, a national public health emergency of the worst kind.

In an effort to solve the opioid epidemic, our country has gone in the direction of supporting medication-assisted treatments, or “MAT”. Such an approach was taken partially because the United States was already becoming an overmedicated nation, so adding even more meds seemed like the right thing to do, and now the devastating effects of this thinking have become apparent.

Let’s take stock of the opioid epidemic, and let’s put this problem into perspective. According to the Substance Abuse and Mental Health Services Administration, close to twelve million Americans fell prey to an opioid addiction just in 2016 alone. That same year, nearly sixty-four thousand residents died from drug overdoses. 2017 was even worse, with seventy-two thousand people dying.

Clearly, we have a serious problem on our hands.

On a daily basis, about one-hundred and fifteen U.S. residents die from drug overdoses. That’s another life snuffed out somewhere in the U.S., every twelve minutes. And it’s not just a lethal problem, it’s an expensive problem too. According to the National Institute on Drug Abuse, just prescription drug abuse alone easily costs the United States about seventy-eight and a half billion dollars every year.

According to the American Society of Addiction Medicine, drug overdoses as a result of the opioid epidemic are now the leading cause of accidental death in the United States. In just three years (2015 to 2017), almost two-hundred thousand Americans died from drug overdoses. This is no longer merely a crisis or an epidemic, it is a full-on state of emergency.

The American Society of Addiction Medicine has also gone to great lengths to determine the extent of addiction in our society. This institution estimates that at least twenty million Americans have a legitimate substance dependency and a psychological reliance on drugs or alcohol. And that is considered by many to be a conservative estimate! Of that number, at least two million are addicted to opioid pain relievers, and at least half a million are hooked on heroin.

What is Medication-Assisted Treatment?

In light of all of the difficulty and crisis-level struggles mentioned above, we can see why our nation has been clamoring for a solution and a means of breaking free from opioid dependence. Clearly, our nation is in dire straits with opioid dependence, and that has led to the creation of some pretty esoteric methods of addressing the drug habit.

Many ideas have come forth, like harm reduction ideology, safe injection facilities, needle exchange programs, etc. Then there has been the pro-legalization mantra, which simply supports decriminalization and full legalization of drug use. On a converse vector, there are also the heavy-handed, pro-incarceration stances, which mainly seek to punish drug users by sending them off to jail for years at a time.

All of these approaches carry with them some pretty serious flaws, but few likely match up in comparison to the flaw that is medication-assisted therapy. And this is quite scary, too, because medication-assisted treatment is currently strongly supported in our society.

The idea here is that recovering addicts should be put on “maintenance programs” where they are medicated on a daily basis to avoid withdrawal symptoms, cravings, or potential relapse patterns back to their old drug of choice. Such programs vary depending on the medication being used, but the goals and methodology are always the same; use a medication on a regular basis to counteract desires for drug use.

It does not take a genius to see the flaws in this plan, and even the U.S. Health and Human Services Secretary himself, Mr. Tom Price, speaks out against medication-assisted treatments. He said that “If we’re just substituting one opioid for another, we’re not moving the dial much. Folks need to be cured so they can be productive members of society and realize their dreams.”

Why Medication-Assisted Therapy Does Not Work

Medication-assisted therapy does not work for a few reasons:

How to Properly Combat the Opioid Crisis

There are no other low-hanging fruits on the tree. Congress and individual states have tried all of the “easy” purported “solutions” to the opioid epidemic. They haven’t worked. It’s time to get serious about the opioid epidemic and to really do something about it. While we have to remind ourselves that ending the opioid epidemic is more of a marathon than a sprint, we have to start somewhere. And that starting line begins with both treating those who are currently addicted with REAL treatment that resolves the addiction and the addictive behavior and preventing others from becoming addicted.

The East Coast Suffers under the Weight of Opioid Addiction

The United States has suffered for nigh on two decades with an opioid crisis. It is a sweeping addiction epidemic that has torn millions of families and individual lives apart. Widely publicized as the worst addiction-related epidemic in the history of our nation, opioid addiction first came about on a grand scale in the late 1990s with the mass introduction of opioid pharmaceuticals as being the primary method of dealing with patient pain. 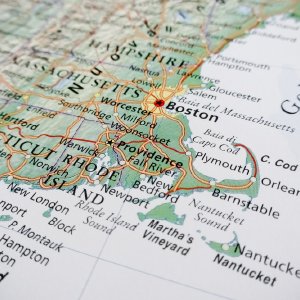