Have We Been Told the Truth about the Addictiveness of Pot?

Across the country, marijuana is being legalized. State by state, it’s legalized for medical use first and then later, recreational use. Many millions of dollars have been spent to convince Americans that it would be good for everyone to legalize marijuana. Voters must have had faith that these arguments were valid as they voted “yes.” Was this faith well-founded? Were Americans told the truth about this drug as they read the articles, ads and billboards promoting legalization?

He went on to explain how when he started 15 years ago, there was essentially one grade of marijuana available, now it’s much easier to get your hands on higher grade marijuana—and as the THC concentration increases, so does the potential for addiction. What happened when he tried to quit? “I would get physical cravings that I could not resist and would fall back into it. I wanted to quit for 5 or 6 years at least, and wasn’t successful at doing that.”

When asked what was the worst part of marijuana addiction for him? “I told myself that I was fine, but obviously that wasn’t true. Marijuana removes ambition, removes drive and it removes the ability to focus. It also affects your lungs. I can also 100% guarantee that it affects your memory. The worst part was how it affected my ability to remember. My ability to solve problems at a rapid rate decreased.”

Marijuana By the Numbers

A study published in 2015 proves that some of the tales told by pro-legalization advocates were less than accurate. In fact, the rate of addiction among marijuana users was much higher than the figure stated by pro-marijuana groups.

What Was the Accepted Statistic on Addiction before this Study?

For quite a long time, most people agreed that about 9% of those people who began using marijuana as an adult became dependent on it. Even NORML (National Organization for the Reform of Marijuana Laws) quoted that statistic on their website.

When a person began using marijuana in their teens, the accepted rate was 17% or one in six young people. (Although NORML seemed to overlook this statistic in their articles.)

How Do These Figures Compare to This Newer Study?

This new study published in 2015 compared the results of two surveys on drug and alcohol use—one executed in 2001-2002 and the other executed in 2012-2013. The researchers focused solely on changes in the rate of marijuana use and dependence in those two time periods.

In the earlier survey, researchers determined that 4.1% of the public surveyed were current users of marijuana.

In the second survey, 9.5% of the public surveyed were marijuana users. In other words, marijuana use more than doubled in those eleven years.

The survey also asked questions to determine if those surveyed were addicted to this drug. In other words, were they suffering harm to their lives as a result of using this drug and were they unable to quit using it when they wanted to? In the earlier survey, this dependence was found in 1.5% of those surveyed. In the later survey, dependence was found in 2.9% of the population surveyed. Again, the incidence of this problem nearly doubled.

So Is Marijuana Addictive?

Marijuana use can lead to addiction. While addiction does not occur in the majority, the effects of habitual use can be devastating. Use among teenagers has almost double the risk of addiction, and many studies show cognitive impairment and an inability to perform complicated tasks. Marijuana users also have a more difficult time finding work.

Whether or not marijuana is addictive is rather far from the point. It is a substance with a high potential for misuse and can create negative health effects and outcomes for those that use it. Many of the societal effects of marijuana use, such as the inability to find work, are identical to problems created by other drugs.

When marijuana use comes to the point that it limits one’s potential in life and has negative ramifactions—it’s time to seek help. Ultimately, each and every one of us have the potential to live truly happy lives without having to rely on a substance, marijuana or otherwise.

Our Marijuana Situation in 2017

If we are making decisions to widely legalize the use of marijuana, it’s essential to have the most accurate information possible in hand before we cast our votes. 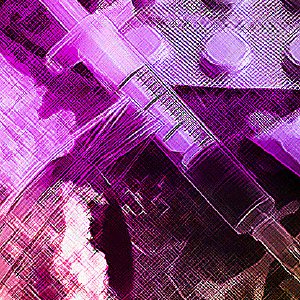 Should Drug Addiction Prevent Someone from Buying a Gun?

Guns and addiction to alcohol or drugs could be a very bad mix. Should states allow a person using or addicted to drugs or alcohol to possess or use a gun? 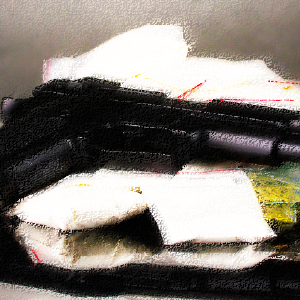