Last year, physicians and medical professionals became extremely concerned with a noticeable increase in Gabapentin (Neurontin) abuse. What the doctors didn’t know is that using the drug to either enhance the high of opioids or to mitigate withdrawal symptoms was a “trade secret” among drug addicts. It also became a pretty commonly abused medication in the prison and jail systems as well. Since then the problem seems to have gotten worse and current research has been able to affirmatively link increased heroin overdoses with increased abuse of Gabapentin.

At the University of Bristol in England, a recent study finally linked Gabapentin abuse with an increase in heroin overdose deaths. While looking through years of research, a huge jump in deaths involving heroin and Gabapentin occurred in 2015, when the numbers jumped to 137 from less than one a year previously. Gabapentin is known to increase the intoxicating effects of opioids, respiratory arrest and other complications rose, leading to a lot more deaths than usual.

Gabapentin does have legitimate uses when taken as prescribed for physical conditions such as seizure disorders and nerve pain. Since it’s a Schedule V drug, meaning it has a low potential for abuse, prescriptions soared in 2016 to 64 million prescriptions, which was almost a 50% increase from years before. The DEA might consider the drug to not be that addictive, but they obviously missed the mark on that one because look what’s happening. A “non-addictive” drug is now driving the overdose death toll through the roof and once again, loose prescribing practices of a so-called “safe” medication is causing chaos. Sounds familiar, doesn’t it?

That’s the inherent problem with MAT; you can’t use drugs to solve the problems that drugs cause, yet society and medical professionals are hoping that it’ll work at some point. It’s some endless rabbit hole we’ve jumped down and it’s terrifying to think about what’s at the bottom because things are bad enough as it is. It’s also interesting that Gabapentin was recently being prescribed as an opioid alternative to treat pain, as recommended by the CDC and now look what’s happened.

We’ve gotten ourselves in a whole new world of hurt and what’s to blame? Taking more drugs to solve problems, that’s what’s to blame. Not to mention the fact that we’re still blindly taking drugs without considering our decisions.

Someday, things will get bad enough that it’ll change, in my opinion. I just can’t bear to watch this addiction epidemic get any worse, but that’s just me.

If you’ve ever had a family member or friend who struggled with seizures, then you’ve probably heard of gabapentin. If not, let’s define it. Gabapentin is an anti-epileptic drug, an anticonvulsant. It’s one of the most commonly prescribed medications in the U.S. 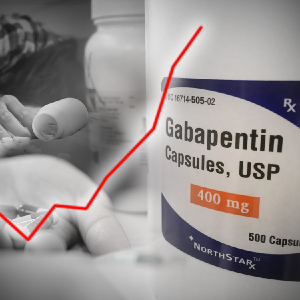