Is it Addiction? - How to Tell if This Problem Exists in Your Family

Have you ever known someone who was addicted to either drugs or alcohol? If you did, the chances are pretty good that the problem went on for quite a long time before it got fixed, if it ever did get fixed.

At Narconon centers around the world, we talk to families all the time that are struggling with the addiction of a loved one. And unfortunately, the situation has all too often been going on for several years.

If you haven’t ever been close to someone while they were addicted, you might shake your head at this and wonder how in the world it’s possible for the family to miss the fact. Actually, it’s easy to do. Addicts nearly always become secretive and manipulative. They know they are doing something that is wrong by their own (former) standards and they know their spouses, their parents, children, employers, and friends would disapprove. So they keep their new habit a secret.

And because they are addicted, they know they’ll get sick and/or miserable if they go off the drugs they have become accustomed to using every day. Beyond that, they depend on these drugs or drinks to be able to cope with life on a daily basis. Stopping these drugs will make them crash head-on into their own guilt and the problems they’ve been covering up with these substances. Just to tolerate life, just to be able to function, they feel they need to continue using these drugs. So they must manipulate those around them to keep them from looking too closely or interfering.

What Form Does this Manipulation take?

They’ll try anything they can think of. For example:

The manipulation takes on a thousand forms. Whatever the addicted person can do to divert attention or suspicion is what he (or she) will do.

So Why Don’t Families Spot This?

Unfortunately, these characteristics cause loving family members to play right into an addicted person’s hands. They enable the addict to take enormous advantage of their love and trust.

The addict lies about losing a job and being broke. The family tries to help him find a new job and supplies some rent and food money. Which goes to drugs.

The addict lies about why his wife left him with his child. The family (who hasn’t talked to the wife) sympathizes and is sure the wife was terribly unfair.

The addict is arrested so of course, he lies about drugs being planted on him or their being left in his car by someone he gave a ride to or he says he only had one drink on the way home. He complains about harsh treatment by police. The family is ready to challenge the police department. The problem is that everything he’s saying is a lie.

This can and does go on for years without the family ever realizing the truth.

Preventing This from Happening

There is an important characteristic that’s common to these situations. And it’s this:

No matter what help you give, it never resolves the situation the person is complaining about.

And here’s why: The problems don’t resolve because the real reason is out of sight.

When families have been trying to help an addicted loved one out for years and the situation stays the same, then it’s time to look at a different cause that is out of sight. Is it addiction? Are you seeing the signs of drug use over and over again, without realizing what you’re seeing?

Perhaps there could be some other problem that is driving the person’s life awry, such as a medical problem or huge debts she does not want to face. By ruling out the possibility of drug use or addiction, then you have a better idea what to talk about and where to look.

Ruling out drug abuse can be done by learning the signs, doing drug tests if needed and bringing in the family physician to help. Addiction is so widespread that millions of families are dealing with the problems it brings and millions don’t even realize it. But when the real reason is not identified, then the problem can just continue to be as destructive as ever.

When the underlying problem is addiction, the solution is choosing an effective drug rehabilitation program, one that enables the addict to take all the time needed to rebuilt sober living skills for his new sober life. The Narconon program on averages takes ten to twelve weeks, but it has no time limit, meaning the person graduates from the program when he has those skills under his belt.

To get immediate help for someone you care about, give us a call today.

How to Know if You Have a Drug Problem

Drug addiction is a complicated affliction. There is no denying that. And now that drug addiction issues have expanded to include an entire range of pharmaceutical substances, this evolution of the drug scene has complicated the issue even further.

How to Tell if Someone Has a Drug Problem

One of the most common things that happens with the families of drug users is that they think there is a problem, they’re sure there’s some kind of problem, but they can’t identify it. A drug user will exploit their uncertainty to deny everything and continue to use drugs. 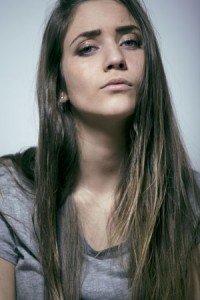