Are Certain Personality Types More Prone to Drug Use

Anyone who is a member of the Millennial Generation and who spent time playing video games in the shopping mall arcades that were common throughout the 1990s can probably think back to the days when the game screens would periodically be lit up with a simple, but powerful, anti-drug message. “Winners Don’t Use Drugs” was displayed prominently below a pixelated representation of the logo for the Federal Bureau of Investigation, with all of this presented in stark relief against a plain blue or black background. This message was a powerful one given the context in which it was presented. Children and teenagers had only so many quarters to spend in the arcade, and their goal in playing video games was obviously to win. By having this message posted on the screens between gaming sessions, the FBI was able to tie in the idea of winning at video games with the broader concept of winning in life — achieving success in school, building a successful professional career, enjoying rewarding relationships with friends and family, for example — and communicate that using drugs would only interfere with one’s ability to win in the gaming world or in real life. The message is one that is generally true. For the most part, people who succeed in life do not use drugs, and those who do use drugs are far more likely to see their success be short lived.

Personality Traits that May Lead to Drug Use and Addiction

People who are strongly motivated to succeed in various areas of life may be less prone to drug use, but what about the opposite? Are some personality types more likely to start using drugs or to become addicts? This question has for some time been the focus of considerable debate, and there is already a label that psychologists and others in the mental health field use to describe such individuals: the “addictive personality.” According to those who subscribe to the theory of the addictive personality, there are certain personal characteristics which are found more commonly among addicts. These include compulsive behavior, difficulty in controlling impulses, as well as a propensity for developing a physical addiction.

Certainly, there may be at least partial validity to this theory, because of course people who start abusing drugs generally do display difficulties in restraining themselves from obeying their impulses and compulsions. Given an opportunity to try drugs, they may be more likely to accept, and once they have started there is a higher probability that they will get hooked, incorporating substance abuse into a compulsive routine. This can cause problems not only in terms of alcohol or drug addiction, but also addiction to other things ranging from gambling to pornography and even smartphone use. Another characteristic considered to be strongly associated with the development of addiction is the tendency to become overly fixated on a certain action or behavior. Similarly, people who are prone to becoming overwhelmed by stress and pressure in life will often be found more likely to start using drugs as a way to cope.

Finally, people who usually look at life as a black-and-white, win-or-lose proposition are thought to be more prone to turn to substance abuse. After all, when they do not manage to live up to their lofty ambitions and meet the sky-high standards they set for themselves, they consider that they have failed entirely. Drugs or alcohol provide relief and a way out. To make matters worse, however, such people will usually go all in, drinking to get drunk or using enough drugs to get stoned out of their minds, rather than being able to enjoy only a mild level of intoxication that might be less likely to lead to an addiction.

While there may be certain personality traits that set one up for addiction, it cannot be said that any given individual is bound to become an addict based on his or her personality. Addiction can happen to anyone, and while many people drink or use drugs without getting addicted, very often it is the person whom you least suspected who does become an addict. If you or a person you care about has fallen into an addiction, the important thing is to seek help, rather than focusing on whether some type of personality characteristic, disease or other type of deficiency caused this to happen. Narconon treats addiction by building up the person’s confidence and ability handle life, and in taking this approach has helped countless individuals achieve successful and drug-free lives.

Next
Benzodiazepines and Cognitive Loss Prev
After Naloxone – What’s Next for Opiate Addicts?
signs of an addictive personality
AUTHOR

Ten Signs a Loved One Has an Addiction

Chances are, if you already suspect that your loved one has an addiction or substance abuse problem, then the odds are that they probably do. 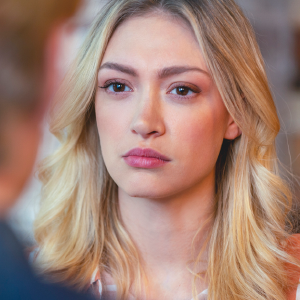